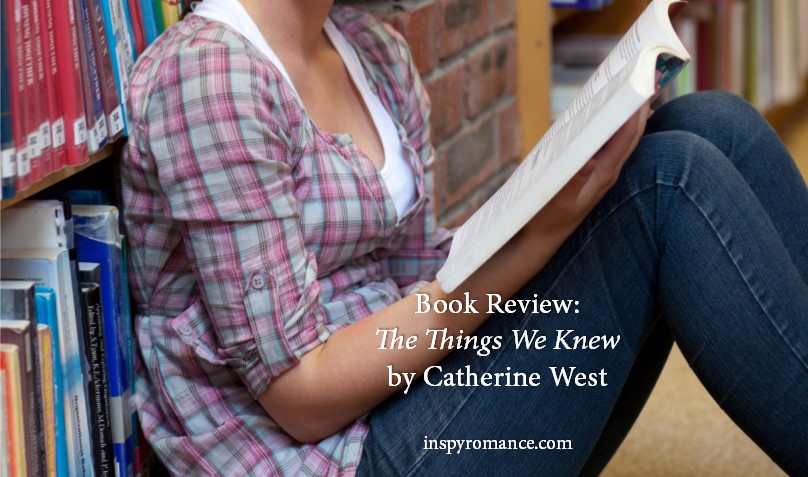 I adore Cathy West and was so excited for her when she announced her contract with Harper Collins Christian Publishers!!! Of course, I volunteered to be on her street team/reviewers list!  As such, I did receive a free copy of the book in exchange for my honest review. So I asked if I could feature her new contemp romance here on InspyRomance. We went back and forth on what it should be about, but finally, I just decided to tell you a bit about the book! When my family and I embarked on a 9.5 hour /cough/11 hour/cough/ road trip, I knew I had to read Cathy’s book! Unsurprisingly, I loved it! I hope you do too!

I was not shocked to learn Cathy is a fantastic storyteller. From the beginning, she sucked me in, transporting me to Nantucket, a place I’ve only dreamed of visiting.

I adored Lynnie – a young woman trying to find her place in this world, when her world is crumbling down around her. Her house is, quite literally, and her life as well – her father’s ailing health, her siblings’ lack of involvement, and the “boy next door” who was practically (but not quite) her older brother, and his seeming willingness to toy with her affections. Her siblings, with one exception (a missionary to Africa), all have problems of their own that have prevented them from seeing what’s going on at home – or given them the excuse to ignore them anyway.

Nicholas is wonderful, though he does give off some seemingly contradictory signals. He and Lynnie’s older brother, his BFF, had a falling out five years earlier. He’s going to do what he can to help, but… will it be enough? Or will Lynnie’s memories overwhelm all of them?

Cathy does a masterful job weaving a bit of suspense in, leaving you guessing until the very end. While I would adore a sequel, her next book doesn’t revisit the Carlisles. However, there is enough resolution to everyone’s story arcs that it doesn’t necessarily NEED one.

I loved reading about Nantucket!! What’s your favorite place to be transported to while reading? 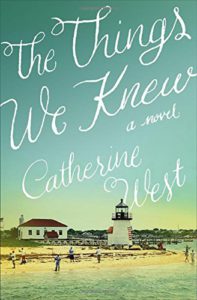 When their tragic past begins to resurface, can he help her remember the things she can’t?

After her mother’s death twelve years ago, Lynette Carlisle watched her close-knit family unravel. One by one, her four older siblings left their Nantucket home and never returned. All seem to blame their father for their mother’s death, but nobody will talk about that tragic day. And Lynette’s memory only speaks through nightmares.

Then Nicholas Cooper returns to Nantucket, bringing the past with him. Once Lynette’s adolescent crush, Nick knows more about her mother’s death than he lets on. The truth could tear apart his own family—and destroy his fragile friendship with Lynette, the woman he no longer thinks of as a kid sister.

As their father’s failing health and financial concerns bring the Carlisle siblings home, secrets surface that will either restore their shattered relationships or separate the siblings forever. But pulling up anchor on the past propels them into the perfect storm, powerful enough to make them question their faith, their willingness to forgive, and the very truth of all the things they thought they knew.