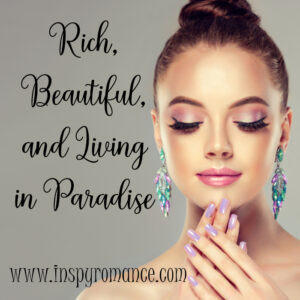 As a preteen in the mid-‘80s, I loved soap operas. We lived in Canada back then, and the nighttime American soaps were the best, especially Dallas, Dynasty, and the Colbys. The nuances of the storylines went way over my head. Only the bluntest of plotlines made sense. So I knew that JR, Alexis, and Sable were bad, while Bobby, Krystle, and Fallon were good. And I understood the various pointy angles of the love triangles. (Team Jeff all the way! Sorry, Miles).

But what fascinated me most about these shows was how gorgeous everyone was and the opulence of their lifestyles. Whether or not what they were saying made sense to 11-year-old me, the visuals were spectacular. The beautiful faces, big hair, power suits and shimmering gowns made these shows fun to watch.

Then, in the late ‘80s, my mother’s job transferred her (and us) to Belgium. The English language TV content was sparse, and included the BBC, beaming across the Channel from the UK. The Brits love their soap operas just as much as North Americans. But I noticed straight away that these UK soaps differed greatly from their Hollywood counterparts.

Instead of wealthy, physically stunning characters living in luxury, the British soaps had people who looked like the folk we see every day across the street, at the supermarket checkout, or standing in the bus line. Normal people like the rest of us with acne, bad hair, and imperfect bodies draped in cheap clothes. Rather than plotting multi-million-dollar takeovers, these guys were scrambling to pay their rent.

When I first saw the flagship BBC soap opera Eastenders, I was taken aback by the total absence of eye candy, yachts, and private jets. But when I got past that, I realized the stories were just as entertaining. We had villains whose antics entranced us, and good guys and girls to root for. There was unrequited love, secret babies, and underhanded dealings.

Bear with me: I do have a point dredging up my pre-teen soap-watching habits!

A few years ago, when I started writing seriously with the intention of being a published author, I gravitated toward romance. Love stories are wonderful, they make me feel good, and I wanted to write fiction that uplifts and edifies.

I read a lot in my genre, and found that many of the stories had more in common with the American soaps of my teen years. All the lead characters were gorgeous, and they were either wealthy or living in pleasant locations, such as picturesque small towns or beautiful ranches. Almost no romance novels were set in grotty down-at-heel neighborhoods. 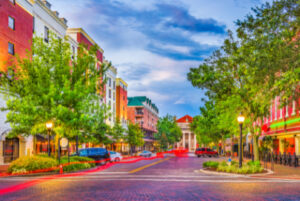 A pretty main street in a picturesque smalltown.

And when I wrote my own stories, I made most of them fit in with what I like to read. Attractive people who, whether or not they’re wealthy, live in good neighborhoods or cozy towns.

So, I ask myself, is there anything wrong with enjoying stories where people are either rich, beautiful, or living in paradise? Are consumers of contemporary Christian romance most comfortable reading about settings we recognize or would like to escape to? These settings tend to include wealthy or at least middle-class Western characters who have decidedly first world problems.

I don’t think it’s problematic that most books remain in familiar territory, but at the moment I’m indulging in navel-gazing as I interrogate my own reading and writing preferences.

I will very likely continue to write books that fit the generally preferred framework, although I want to try and push against the edges. I’m currently developing a story where the main character has a physically unattractive trait, and I guess that’s what has sparked this train of thought.

What do you think? Can you name any Christian romance, preferably contemporary, where the characters aren’t either wealthy, good-looking, or living in a great location?