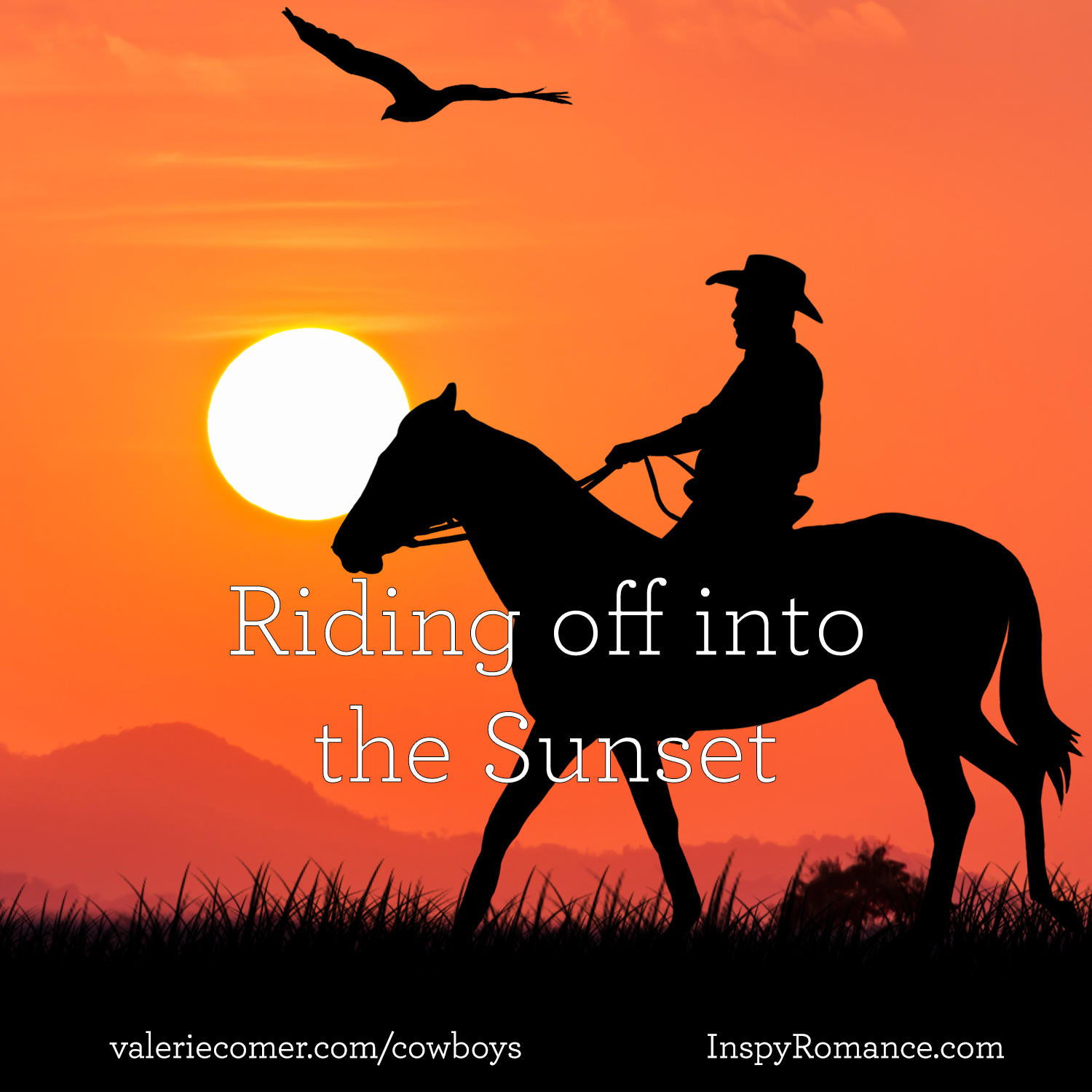 “Parting is such sweet sorrow,” they say. “All good things must come to an end.”

Well, yes, but what kind of parting are we talking about here?

When I envisioned the Saddle Springs Romance series two years ago, I knew the series would be complete in six books. I worked hard to contain the cast of characters so that no additional cowboys would demand their own romance.

That worked. Until it didn’t.

You see, readers love the Saddle Springs Romances, and the sixth-and-final one (The Cowboy’s Reluctant Bride) releases later in April. What’s an author to do?

First, I’ve chosen to add a second six-cowboy series (Cavanagh Cowboys Romance) under the Montana Ranches Christian Romance series umbrella. You’ve met two of the brothers in Saddle Springs already: Noah and Adam. You’ve also met their abrasive father, Declan, and caught a glimpse of the youngest brother, Ryder. I’m anticipating a great read-through from the Saddle Springs Romances to the Cavanagh Cowboy Romances. Marry Me for Real, Cowboy is expected to release in September, kicking off the new series. It’s a fake engagement romance that had me in stitches as I wrote the first chapter, which you can read here.

Second, I decided to offer an extended epilogue to the Saddle Springs Romance series to my newsletter subscribers. Every avid reader receives so.many.newsletters these days. I get that, and I don’t take my subscribers for granted. I want to offer value, and I think an exclusive epilogue to a well-loved series does that in spades. 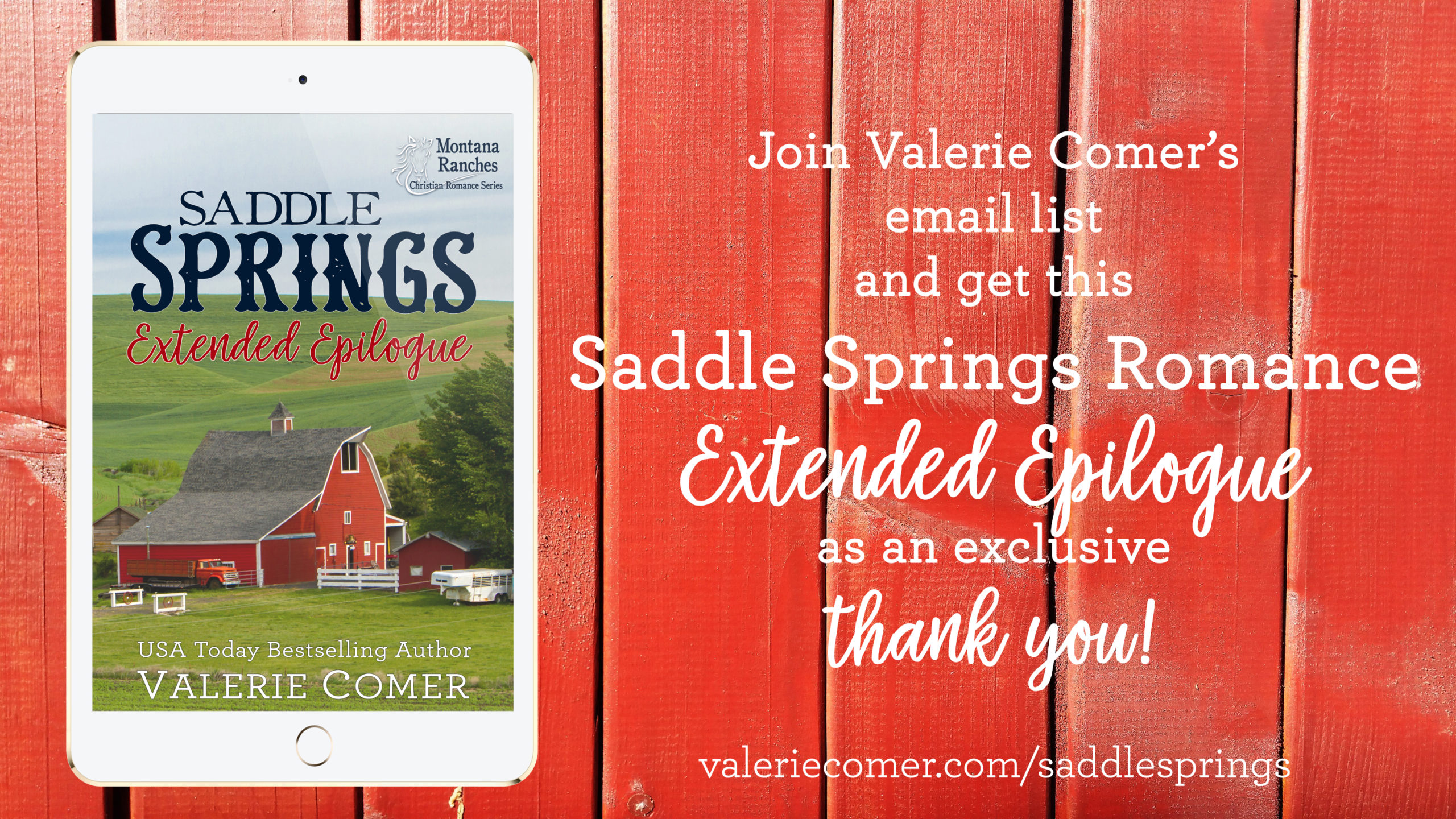 If you’re already a subscriber, you’ll get a link to the extended epilogue with the release of the final book, The Cowboy’s Reluctant Bride. I’m going to warn you, though, that if you haven’t read all six of the novels in that series, the extended epilogue isn’t going to make any sense to you. It takes place about five years after the end of that sixth book, so not only are there spoilers, but it just won’t be all that interesting. Sad but true.

For those who’ve eagerly read every title in the series, though? You’re going to love the extended epilogue! You’ll get to see all six couples — plus some of the other major characters — in the future.

Currently, those who subscribe to my email list receive a copy of Promise of Peppermint, the novella that kicks off the Urban Farm Fresh Romance series. Because it’s a standalone, it does a fine job of welcoming readers who are brand new to my writing style, and it will remain as my primary ‘reader magnet’ for at least a couple of more years. However, Promise of Peppermint isn’t a super lure for those who’ve loved the cowboy romances but haven’t transitioned to my other series. I’m hoping this extended epilogue will bridge that gap.

If you haven’t kept up with Saddle Springs, right now is a great time to get started. For the month of April, the box set of the first three novels, usually $8.99, is only 99¢ on Amazon US (and a similar low price on Amazon worldwide). If you’re a KU subscriber, you can read it for free. This series bundle includes The Cowboy’s Christmas Reunion, The Cowboy’s Mixed-Up Matchmaker, and The Cowboy’s Romantic Dreamer. 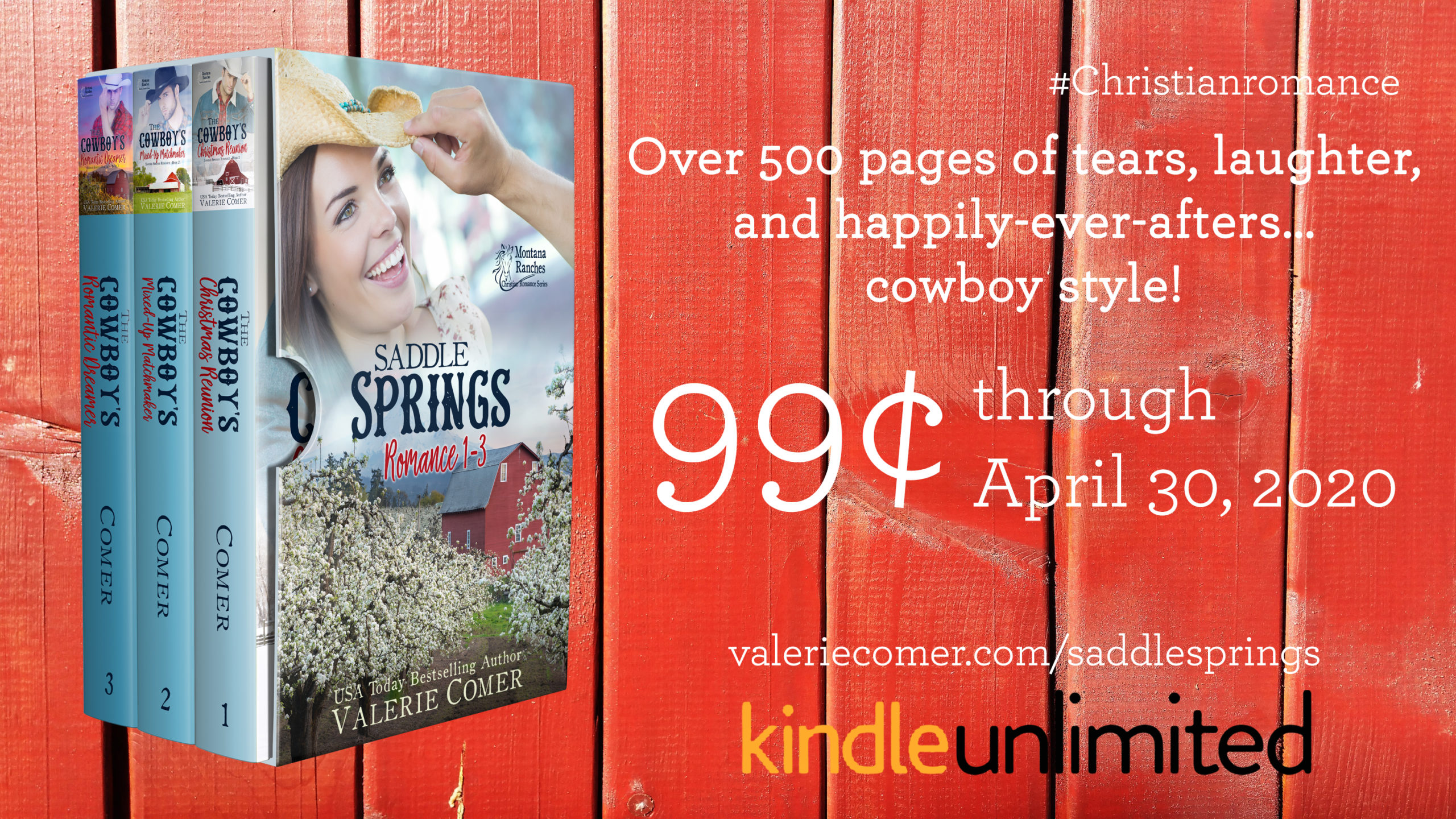 What is your favorite incentive you’ve received from an author for subscribing to her (or his) email list? Do tell! Maybe it will give me ideas for next time!