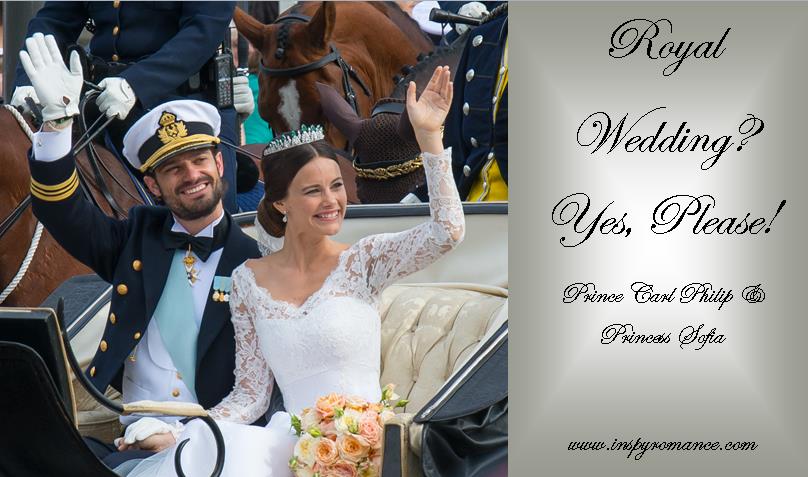 If you read the Sunday Editions (you should! That’s where the winners are! ;)), you know that I spent a weekend recently with a friend, doing a writing retreat. I wrote MOST of a novella (that will be FREE to newsletter subscribers later this year!). So while we were writing retreating, there was a royal wedding going on in Sweden! I simply had to stream it. For research. I didn’t get to see the whole thing “live” but they had the coverage available to stream in its entirety – it’s still available! I don’t know that I’d sit and watch it for NINE HOURS but stream it on the side? You betcha! 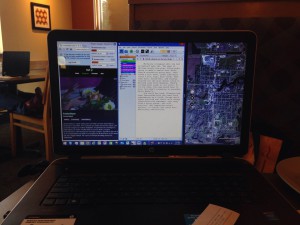 Watching the wedding, writing, and studying a map of my new town

One thing should be obvious to anyone who’s seen the pictures or watched any of the video, Prince Carl Philip and the new Princess Sofia clearly adore each other! With three royal weddings coming in The Brides of Bellas Montagnes series later this year, the festivities were timely for my research. They showed the wedding itself, the drive through town in a horse drawn carriage, the dinner reception complete with speeches I couldn’t understand, cake cutting, and the first dance. There was also conversations with all kinds of people associated with the behind-the-scenes stuff – like the chef before each new course and someone who did something with the linens. I’m sure at least some of it will work it’s way into my own royal weddings – and it wouldn’t surprise me if a couple members of the Swedish royal family popped in for a wedding or two ;). 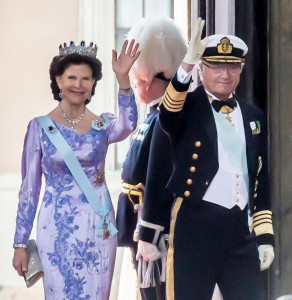 Here’s what I learned:

What’s your favorite part of a wedding? Let me know and be entered to win an ecopy of any of my books currently out (including Splash!) or Hand-Me-Down Princess, releasing in August and available to pre-order now! And it’s on sale! Only .99 through July 5! 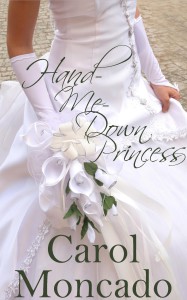 Prince Malachi Van Renssalaer of Mevendia is getting married. The problem? He’s never even met his bride. His father arranged everything, right down to the marriage contract. Malachi swears to himself that he will be nothing like his father in the ways that count – including his fidelity to his wife.

Jessabelle Keller would happily spend her entire life in obscurity, but her father once saved the life of a future king. Before he dies, her father is committed to seeing that king make good on his promise to have one of his sons marry her so she would be taken care of for life.

No sooner than Prince Malachi and Jessabelle return from their honeymoon, they find themselves dealing with both private trauma and the very public drama of groundless accusations from the press. Just as they begin to weave their fragile trust back together, a ghost from the king’s past arrives and threatens everything they’ve ever held dear.

Secrets have a funny way of coming out and this one could rip the faith of the country in their leaders to shreds. Malachi is determined to protect Jessabelle no matter what it takes, but will it ever be enough for her to not feel like a Hand-Me-Down Princess?