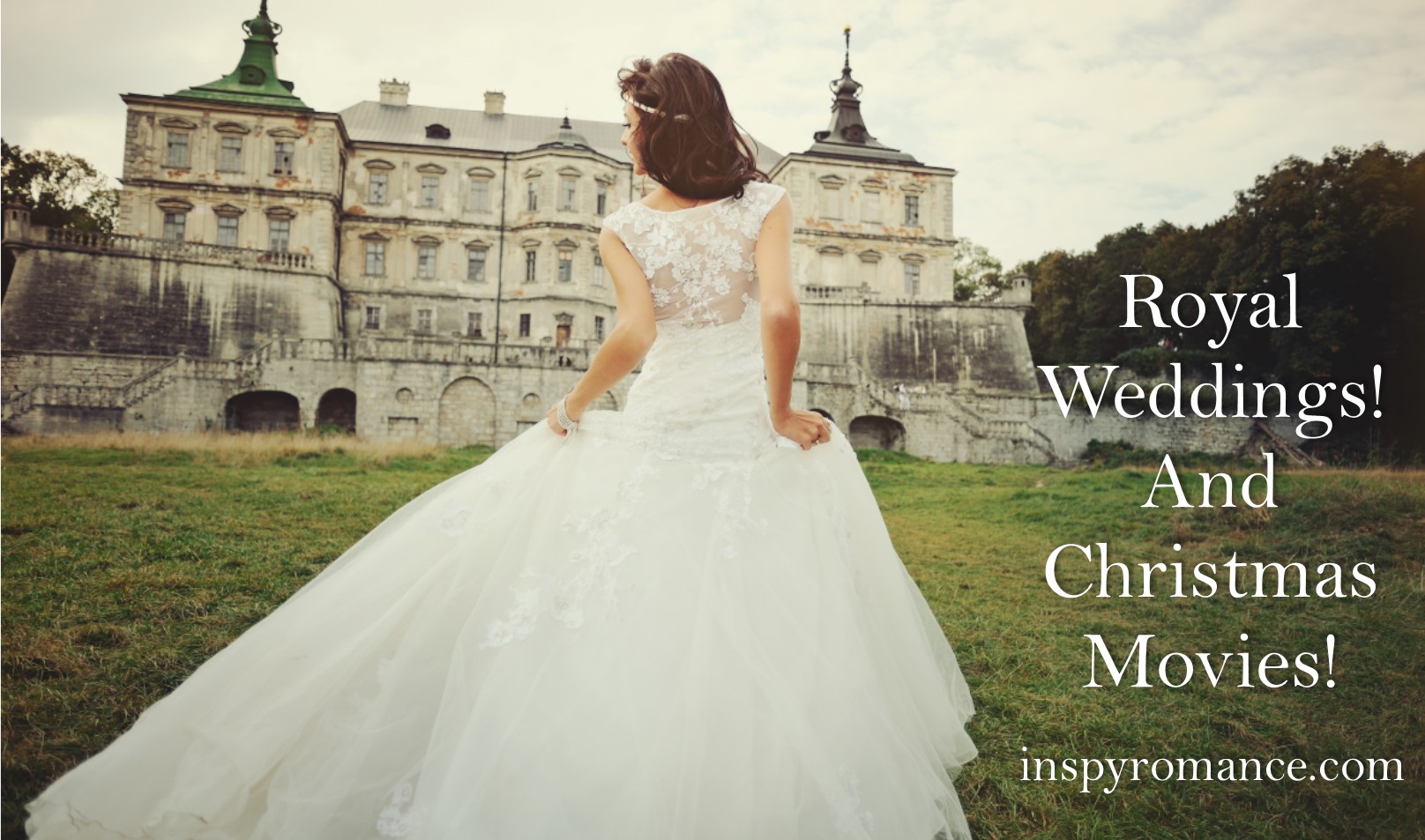 I’m sure y’all have seen the big royal news by now – Prince Harry has found his princess!

The wedding will be in May and a couple friends and I are hoping we can get together to watch. (Have you read Bethany W. Turner’s The Secret Life of Sarah Hollenbeck?! Or Mikal Dawn’s Count Me In? You totally should!)

And while we’re together that weekend, we’ll do some serious writing, and probably watch some movies! Like Hallmark’s royalty movies! Here’s a few we can choose from… 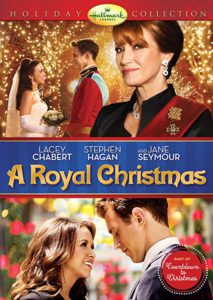 My Summer Prince (2016) – Unfortunately, for us anyway, this one isn’t available on DVD or streaming that I can tell. Prince Colin of Edgemere is arrested in Idaho and Mandy finds herself trying to repair his reputation. Starring Jack Turner, Taylor Cole, and Lauren Holly

Once Upon a Christmas (2015) – This is the only one on the list with a princess rather than a prince. She escapes her entourage and spends the day with an average Joe who doesn’t know who she is and sitesees in NYC. Starring Briana Evigan and Paul Campbell

A Royal Christmas (2014) – This one is available on DVD! Yay! Especially because I love Lacey Chabert. Emily is a seamstress and is dating a guy named Leo… who happens to be the crown prince of Cordinia. He has to tell her the truth and takes her home for Christmas to meet his mother, the queen. Of course, the queen wants him to marry a duchess, not a broke American. Starring Lacey Chabert, Stephen Hagan, and Jane Seymour. 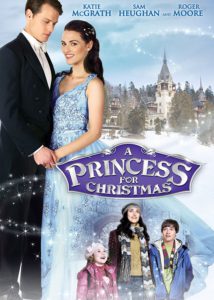 Crown for Christmas (2015) – This one is also on DVD! One of the down sides of studying royalty is that when “they” get something wrong, it bugs you. (I’m sure the same is true of any profession and why most of us writers work SO. HARD. to get things right.) This one bugged me for that reason, but most people probably wouldn’t notice. Allie loses her job as a maid at a hotel and gets hired as a nanny for a powerful family in Europe. Danica McKellar’s character explains a math concept, which comes from McKellar’s own background as an Actual Mathematician. Starring Danica McKellar and Rupert Penry-Jones

A Princess for Christmas (2011) – Another on DVD. Jules is the guardian for her niece and nephew. They’re invited to Castlebury to meet her late brother-in-law’s family. She falls in love with Ashton, her brother-in-law’s brother, then finds out he’s really a prince. Starring Katie McGrath and Sam Heughan

A Royal Winter (2017) – Maggie goes on holiday in Europe and falls for a guy – who turns out to be a prince. I watched it earlier this year and would love to watch it again but it’s not available anywhere :p. Starring Merritt Patterson, Jack Donnelly, and Samantha Bond

A Prince for Christmas (2015) – This is an ION movie, not Hallmark, but that’s okay. The online information on this is pretty slim, but looks interesting (in fact, I’m not CERTAIN it’s a contemporary movie). It’ll air before this blog posts and I have it set to record. Starring Viva Bianca and Kirk Barker 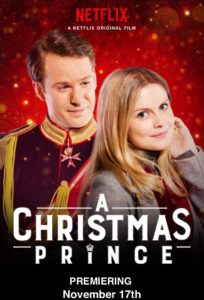 This Christmas season, there’s several royal offerings, though not all of them have aired yet.

A Christmas Prince (2017) – This is actually on Netflix this year. Amber is a journalist looking for a hard hitting story on Prince Richard. She manages to get hired as a tutor for Richard’s younger sister, who has spina bifida. Overall, the movie is your typical Hallmark-type fare, which most people either like or don’t. The way the major conflict was fixed at the end bugged me because it totally couldn’t happen that way, but otherwise it’s all good ;). It also has correlations with my release next summer, so I’m sure I’ll be talking about it again. Starring Rose McIver and Ben Lamb

My Christmas Prince (2017) – This is a Lifetime movie and has some similarities to A Royal Christmas, but without Lacey Chabert. Samantha, a teacher in Manhattan, is dating “diplomat” Alex, who turns out to be the Crown Prince of Madelvia. He follows her to her hometown for Christmas, but his mother wants him to marry a countess. I was never really sure if his father was king or his mother queen, but otherwise, it worked ;). Starring Alexis Knapp, Callum Alexander, Parker Stevenson, and Marina Sirtis

Royal Christmas Ball (2017) – This one is an ION movie and airs the day I’m writing this so I’ll have seen it by the time this blog posts. King Charles of Baltania is having a ball. He has an ex-girlfriend. The ex-girlfriend has a teenage daughter who may or may not be his child… That’s all I got until it airs ;). Starring Tara Reid and Inigo Rademacher

A Royal New Year’s Eve (2017 – airs Dec. 30) – Back to Hallmark! A fashion designer falls for a client’s prospective fiancé (does that mean boyfriend? I’m not sure) – and the prospective fiancé falls for her too. We’ll see how this one goes… ;) Starring Cheryl Ladd and Sam Page 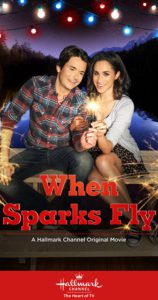 Meghan Markle has two of her own Hallmark movies that are on our “to watch” list, you know, since she’s the bride and all ;).

Dater’s Handbook (2016) – When Cassandra realizes she keeps picking the wrong guys, she turns to a handbook to try to find the right one. Starring Meghan Markle and Kristoffer Polaha

When Sparks Fly (2014) – A journalist goes to her small hometown for the Fourth of July and runs into her ex-boyfriend. Starring Meghan Markle and Christopher Jacot 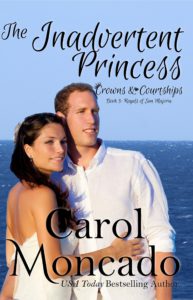 My next book features an incognito prince who finds his princess and doesn’t tell her who he is right away. You can snag the preorder now before it’s January31 release.

One lucky commenter will get a Kindle copy of it when it releases, or any of my other books.

Anabelle Gregorson is happy. More or less. She works for her best friend at a yarn shop in Akushla, is raising her little sister after the death of their parents, and just met the most handsome man she ever set eyes on. And he seems to like her too.

Prince Kensington of San Majoria never expected his time in Eyjania to result in love. But from the moment he met little Gracie, and her big sister, he was smitten, even if she doesn’t know who he is. He kind of likes having someone enjoy spending time with him and not his titles.

When Anabelle tells him she’s going to have to marry King Benjamin of Eyjania, Kensington can’t let it happen. They run off to elope, but the ceremony must occur before he has a chance to tell her the whole truth.

What will Anabelle think – and will their relationship survive the royal revelation? Even if it does, will angering the king and infuriating her powerful grandfather cause no end of trouble for the Inadvertent Princess?

(Crowns & Courtships Book 2, A Kaerasti for Clari is available in the Out of the Blue Bouquet collection.)