It’s been a little while since I’ve had a new release.

More than a little while, actually. At least by my calendar.

That’s okay, though. God has been active in my life, and I’ve been walking in faith and obedience…even with my schedule. Letting go of my highly defined calendar is hard for me. I like to be on time. I like to meet my deadlines. I like to be the dependable one.

Sometimes God comes along and shakes up my neat, tidy schedule, though. When He does, I tend to figure it’s a good thing. Eventually. I don’t always jump to that conclusion straightaway. 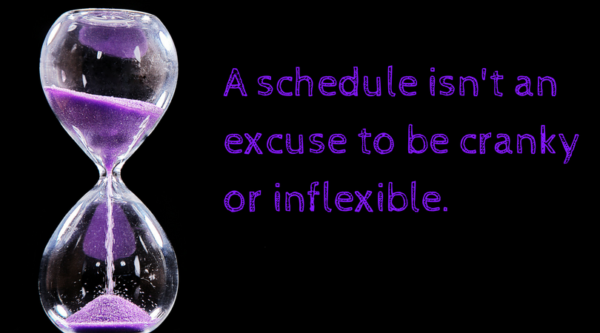 Getting entrenched in my schedule isn’t that different from becoming too rigid in my expectations in general. And an attitude like that is only one, small, slippery step away from becoming legalistic and judgmental.

So, while having my schedule tweaked is about as comfortable as wearing a petticoat made out of barbed wire, when the tweaks come from God, I’m learning to embrace them. I don’t know if I’ll ever love having my schedule chucked out the window, but it does get a little bit easier each time, and I count that as a win.

Having my #schedule tweaked is about as comfortable as wearing a petticoat made of #barbedwire. 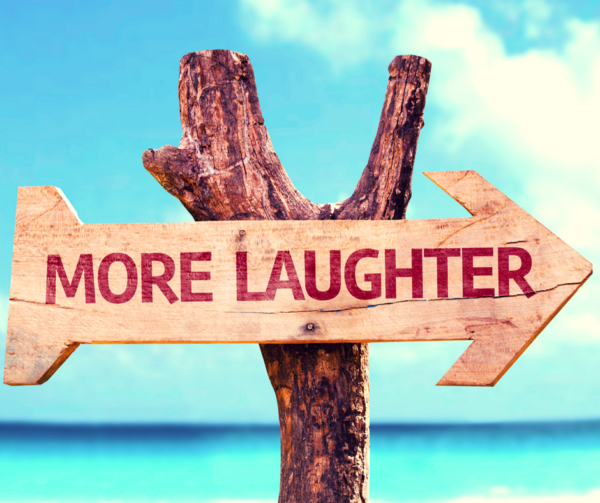 Now that I’ve gone on and on about how I’m trying to follow God’s plan rather than my own schedule, I’ll let you in on my writing goals for the year. Try not to choke on anything as you laugh at me.

God graciously moved two of my deadlines back so that I could meet the demands of a task He placed in my path this year. Those two deadlines are right around the corner, though, and I’m working diligently to meet them. I would tell you that I’m burning the candle at both ends, but in reality, I’m juggling a bunch of candles that are all burning at both ends. Or dynamite. Has anyone ever juggled dynamite before? And lived to tell the tale? If so, I could use a few pointers.

One of my upcoming deadlines is for a romantic comedy. You may remember the Love at First Laugh box set that I was in last year. This is similar to that – some of the same authors, a few new ones – and I’m looking forward to getting that story out into the world. The hero is a pastor. I’ve waffled from time to time about whether or not it’s okay to put a pastor as a romantic lead in a humorous story, but it’s the story God gave me, and I’m going with it. The heroine is a bit different for me, too. She’s a widow with a school-aged daughter. I could tell you so much more about it – I absolutely love the story, and my heroine in particular – but I don’t want to take up this whole post, so I’ll move on to the next story. 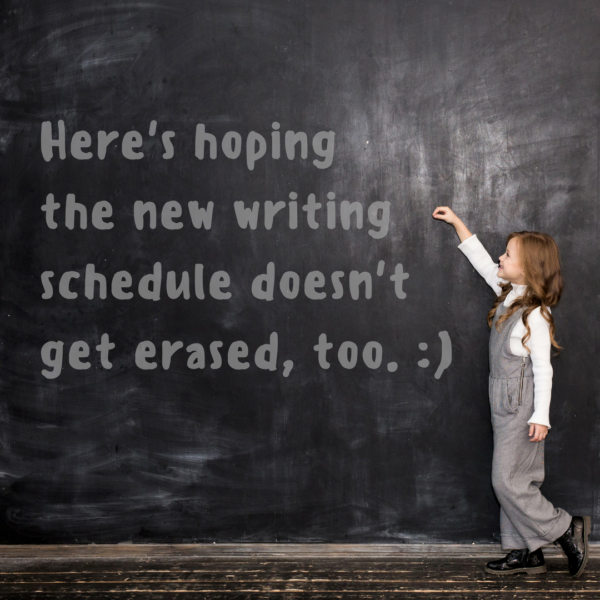 The next book on my agenda is Bella Notte, part of A Tuscan Legacy, which launches next month.  You may have seen Alexa Verde, Autumn Macarthur, or Marion Ueckermann blogging about it recently. Bella Notte has been an interesting story to develop. I still laugh when I read the first meeting (or confrontation) between my hero and heroine. Piero and Felicity are as close to opposites as two characters can be. He’s the tall, suave, handsome man who is used to grabbing attention with a model on his arm. She’s the blond, blue-eyed girl-next-door who does all her work behind the scenes. As their worlds collide, they discover truths about themselves and each other, and those truths show them a few things…like, they aren’t nearly as different as they first thought.

Once those two lovely little stories are launched into the world, I’ll be finishing up book two in the Rainbow Falls series and starting on a Christmas novella that’s supposed to be part of a box set this year.

If all goes well… If my schedule doesn’t undergo the Etch-a-Sketch treatment again… I should have four books hitting the market this year. We’ll recap at the end of the year and see if I made it. For now, though, I have two fantastic stories demanding my editing attention, so I should go…