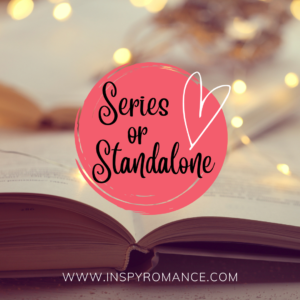 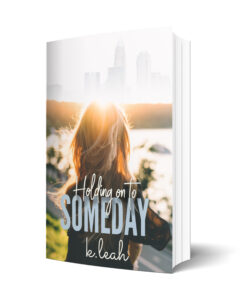 When I first started writing, I always thought I’d write standalone novels. Most of the books I read were standalone, and I didn’t have any desire to write a series. After I released my first book, people started asking for a sequel and wanting to know what happened to one of the characters. I just didn’t have the story in me. I was done with it and ready to move on to something new.

I wrote my second book and still had no intentions of making it a series. Off to the editor it went, and I started working on another story that was completely separate from the other two books. As I started going through the editing process my editor threw out the idea to change a few things with one of the secondary characters. She said it would make a great opportunity for him to have his own book someday. My gut reaction was to say no. I wanted to keep the story as I had it. But I started thinking about what she told me, it made so much sense, and the thoughts began swirling in my head for another story. Hmmm….

Thankfully, I took her advice and the story ended up being SO much better in the end! Most importantly, that character got his own book (you’ll find out who it was in just a minute). This led to the idea of another character getting a book, and before I knew it, I was planning a whole series before the first book was even published.

It’s funny how my reading habits have changed over the years and I realize more people want a series than I expected, especially in Contemporary Christian Romance. I prefer to read a series now myself, although I still enjoy standalone books as well. The characters become like family, and I love getting to know the whole bunch.

My latest release came out on January 17, and it’s the last book in the Finding Home series. Interestingly enough, this was the book I’d started writing before I ever decided to write a series. I never imagined it would have been part of the series, let alone the very last book in it. It just so happened the story lined up perfectly to fit right in with the others. If you haven’t read the Finding Home series, you can download the prequel novella free if you sign up for my newsletter. 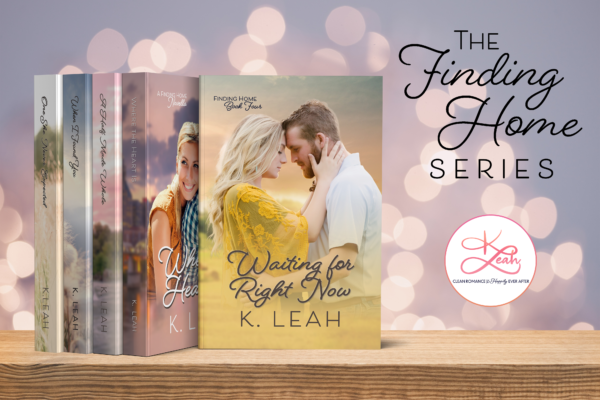 Books in the series by order:

Where the Heart Is (Bristol and Gavin) is the prequel novella to the series leading up to Book 1, A Half Made Whole (Brexen and Leighton). Bristol and Brexen are twins. Book 2 is When I Found You (Chase and Cait). Chase is Leighton’s best friend, and he’s also the one who I changed his story. Book 3 is One She Never Expected (Piper and Nolan). Piper is Cait’s little sister. Book 4 is Waiting for Right Now (Cort and Elle). Elle is Piper’s best friend and business partner. Were you able to keep up? Lol! I love how all the characters connect from book to book, and you will see them show up in each other’s stories. Each book in the series can be read as a standalone, BUT they are much better when you read them in order to connect the characters.

For a chance to win one of my ebooks, comment below and tell me which you prefer–standalone or series?

K. Leah is a hopeless romantic and adores a good Hallmark movie. Growing up in the South, she likes her tea sweet and coffee strong. Family and faith are what matter most and she wears many hats, including being a wife, mom, and graphic designer. Other than being creative with designs or stories, she likes to spend her free time escaping reality into the pages of a sweet love story.