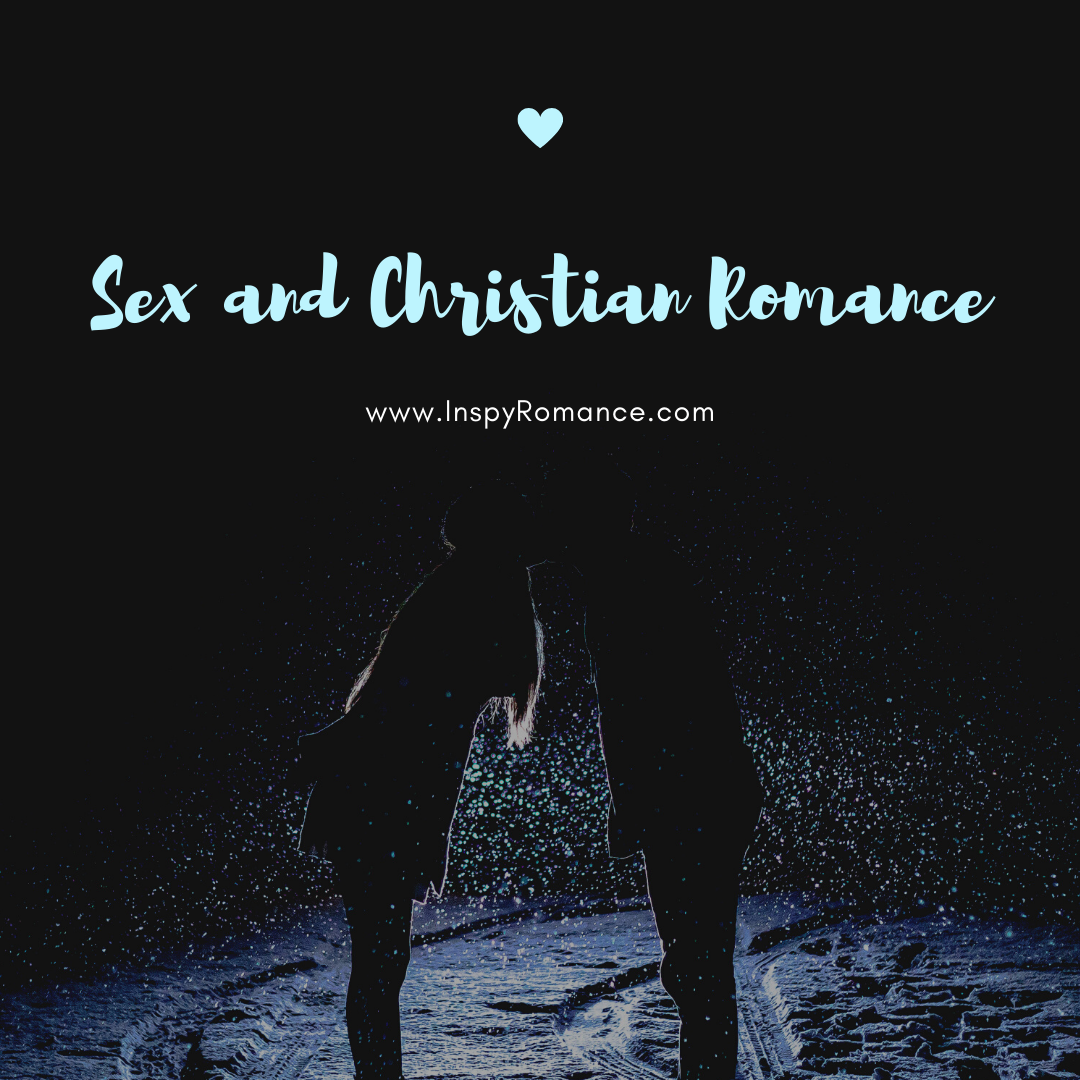 It’s kind of the elephant in the room.

How does that baby happen?

Now, I don’t think any of us need to have a conversation about the birds and the bees, but I do think it’s worth having a little chat about sex and Christian romance.

I think the general expectation about anything labeled Christian romance is that there won’t be sex on the page of the story. I suspect that the majority of readers also don’t even even want to see it implied between characters. And if sex does happen, then there should be consequences. It’s not a zero sum game.

All of this is based on the Biblical expectation that sex is something created by God for inside of marriage.

And yet, that expectation isn’t necessarily one that the culture–even the culture inside the church–maintains today.

I got a review the other day on one of my books that said it perpetuated the toxic myth of purity.

I’ll admit, it made me sad, but not, probably, for the reason the person who wrote it would have expected. It’s okay with me that she didn’t like my book. (And honestly, if that’s how she feels about the book in question — one that is full of Christians making mistakes, experiencing consequences for their sin, and finding grace and forgiveness at the foot of the cross — she’s not going to like any of my books.) But it made me sad because the cultural expectation that sex is something that must happen between adults in romantic relationships – this expectation that seems to be gaining more and more traction even in the church – breaks my heart.

Saving sex for marriage is hard. It was hard 25 years ago when I was dating my now husband. I can only imagine it’s even harder today when sex seems to be such an ingrained part of almost every aspect of culture. But I still don’t think the idea of honoring God with your body and saving the union of two bodies for marriage is toxic. It is, if anything, beautiful. And when two people come together for the first time as man and wife? It’s holy.

That’s worth striving for.

I do want to be clear though, I get that it’s hard. And I get that sometimes Christians mess up. And you know what? God forgives us – no matter the sin.

My characters aren’t always perfect. In Hope for Freedom, which will release at the end of the month, Indigo and Joaquin start off their relationship with a massive slip. Indigo isn’t a believer at the time–and she shares the opinion of my reviewer that sex is something that’s fun and meant to be enjoyed, and anyone who disagrees is ridiculous. Joaquin, however, knows he’s let down not only himself, but his future bride and, more importantly, his Savior. So he struggles to accept the forgiveness that comes with confession.

Because it’s a Christian romance, there are consequences for their slip that go beyond the guilt and knowledge that he messed up. But as in our lives — and as I try so hard to incorporate in all of my books — God takes their mistake and turns it into a story of redemption.

Want to know more about Hope for Freedom? Here’s the blurb:

A vegan alpaca farmer, a ranch hand, and an accidental pregnancy . . .

Indigo Hewitt reluctantly decides a move to Hope Ranch is the best of the few options available. Despite not knowing her grandparents well, she moves in a few days before her baby sister’s wedding. Based on conversations she’s had with ranch hand Joaquin, Indigo figures she’ll manage to fit in just fine.

Joaquin Rivera has been pushing the Hewitts to bring livestock to Hope Ranch. When Indigo relocates with her herds, he’s excited to lend a hand with the sheep and alpacas. Working alongside Indigo isn’t going to be a hardship, either.

After a tipsy evening together, Joaquin is determined to get his relationship with Indigo back to a place that honors God. One mistake isn’t going to ruin either of their lives. Until those two pink lines appear. Will they find a way to make a family, or will Indigo’s need for freedom be too much for love to overcome? 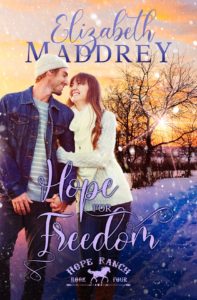 This is the fourth book in the Hope Ranch series, but they stand alone. (You’ll see previous couples, but I don’t think there’s anything important that you won’t understand if you jump in here. Or you can start at the beginning with Hope for Christmas, which is book 1.)

So let’s chat – do you like when your novels have realistic situations (like sex) that the characters have to navigate? Do you prefer that characters just live according to an accepted standard for Christians without seeming to struggle? Would you rather the topic of sex was simply something that got ignored completely? Or something else?

I’ll choose a winner on Saturday (so comment by Friday at midnight) to get a paperback copy of Hope for Freedom when it releases. This can be open internationally, but if an international reader wins, it might take longer to get to you as I’ll wait for it to be up on Book Depository.