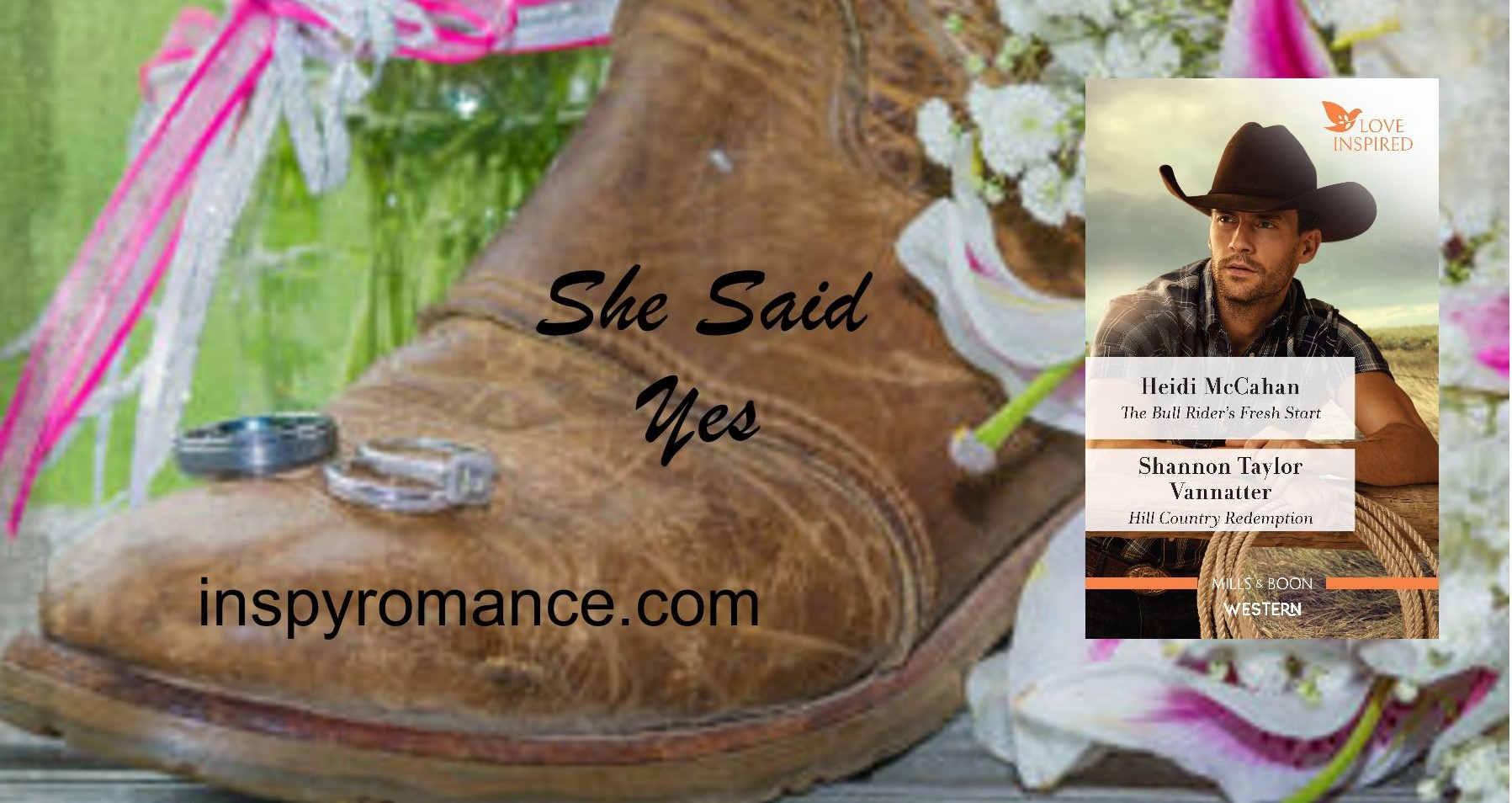 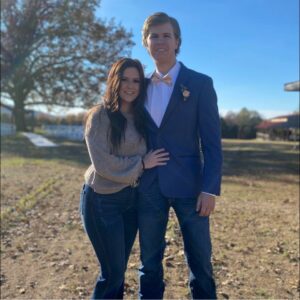 For the last few years, our son has dated a few girls and found flaws with each one. My husband, Grant, told him someday he’d meet the one who would knock his socks off. Hannah blew in like a whirlwind last October. Our son and all the other boys had a crush on her in high school. But she was two years older than him. Now he’s 20 and she’s 22. She’d moved an hour away after she graduated, but he learned she was moving back. They talked on social media and he ended up helping her move. Since then, if they’re not working or sleeping, they’re together.

In November, in the first throes of love, they went on a side-by-side ride. Think souped-up cross between a four-wheeler ATV and a golf cart taller than 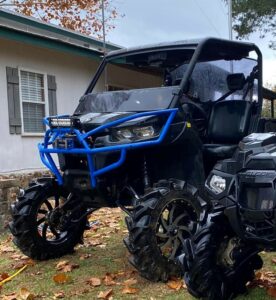 me. On the way back to our house, he let her drive. She hit a bump and it threw them both out. It has seatbelts and doors, but neither was in use. He ended up with scratches, she ended up with a crushed foot. Over the next few days, I watched my boy turn into a man. He stayed at the hospital with her all night, came home and slept a few hours, and went to work at his night shift job, while my husband and I followed the ambulance to Little Rock so a specialist could repair her foot. When Logan was off work, he slept a little while, then went to the hospital. He took turns with us and her family staying 12-hour shifts with her.

During that time, Hannah and I bonded. After 5 days, she got to go home with her family. She couldn’t put any pressure on her foot for three months. If Logan wasn’t sleeping or working, he was there. After a month, she went back to her apartment. He cleaned, cooked, and did laundry for her. He even helped financially since she couldn’t go to work until she got her cast off. He started talking about marriage before their accident. She’d just grin. A few months back, when she still had a cast on, he mentioned getting married. She said, “I want to be able to walk down the aisle.” 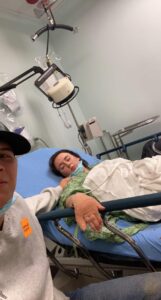 Shortly after that conversation, I had a nightmare, that Logan was marrying someone else, a girl we’d never met. Throughout the whole dream, I was trying to get a moment alone with him to talk him out of it and into marrying Hannah. I was so relieved when I woke up. She fits in our family. She genuinely seems to enjoy spending time with us. She loves all the country outdoorsy stuff our son does. She’s very even-tempered and mild-mannered. Our son is not, so she calms him down. And she loves my baby boy.

Last month, Logan asked me to go with him to get her engagement ring. Our visit to the jewelry store, just the two of us, is a moment I’ll always treasure. Even though he 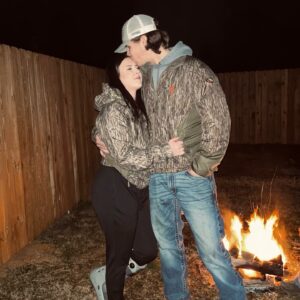 didn’t take any of my advice and picked the ring he wanted her to have. It had to be sized, so I waited on pins and needles for the jeweler to call. Once he got it, every time she wasn’t with him, our conversation went like this:

Me: When are you going to ask her?

Me: You better make it special.

Me: It doesn’t have to be some expensive grand gesture, but make it special.

Him: I will, Mom. Stop bugging me about it.

One random Monday, Logan and Grant were doing a job. Logan has a junk hauling business and Grant helps sometimes. Logan kept rushing around trying to get done because he had to meet Hannah to go fishing. A few hours later, Hannah called and said, Logan finally proposed! Which means, she’d been impatiently waiting too. And he did make it special. My dad used to be a ranch foreman at the Triple G Ranch a quarter of a mile from us. Logan went to work with Paw most of the time and grew up fishing the ponds and riding the tractor there. 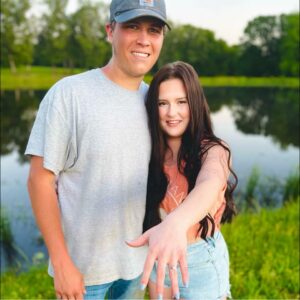 After my dad retired, the owners sold the property. Logan was about 14 then and sad he couldn’t go to the Triple G anymore. This year, a friend of his leased part of the property and Logan was so excited he had access to the land again. He took Hannah to his favorite pond, his favorite spot in the world, with lots of good memories attached, to propose.

We took them out to eat to celebrate a few days later. Logan said he remembered the school bus taking Hannah’s softball team to state and all the younger kids were in the parking lot as they drove away. The girls were reaching out of the windows and high-fiving. “I think I touched her hand. And now I’m marrying her.”

So now, we’re wedding planning. They’re getting married Nov 5th and none of us can wait. Now that I’ve told you the real story, you’ll probably see parts of it in future books. Such as:

The crush in school with the bus memory.

Parts of my dream that I didn’t share here. 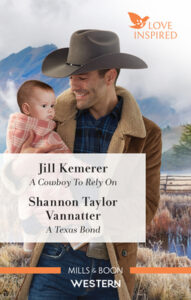 The hero taking care of the heroine afterward.

The mom going with the hero to get the ring.

The hero regaining access to his favorite pond where he grew up and proposing there.

I’m so glad Hannah will soon officially be part of our family. And I’ve already warned her that her real-life romance will be fodder for books to come. So what about you, do you prefer grand gestures or sentimental meaning? Is there anything that’s happened in your life you think could go in a book? All comments will go in the drawing for a print copy of 2 in 1 including A Cowboy to Rely on by Jill Kemerer and my A Texas Bond. Deadline: June 16th.