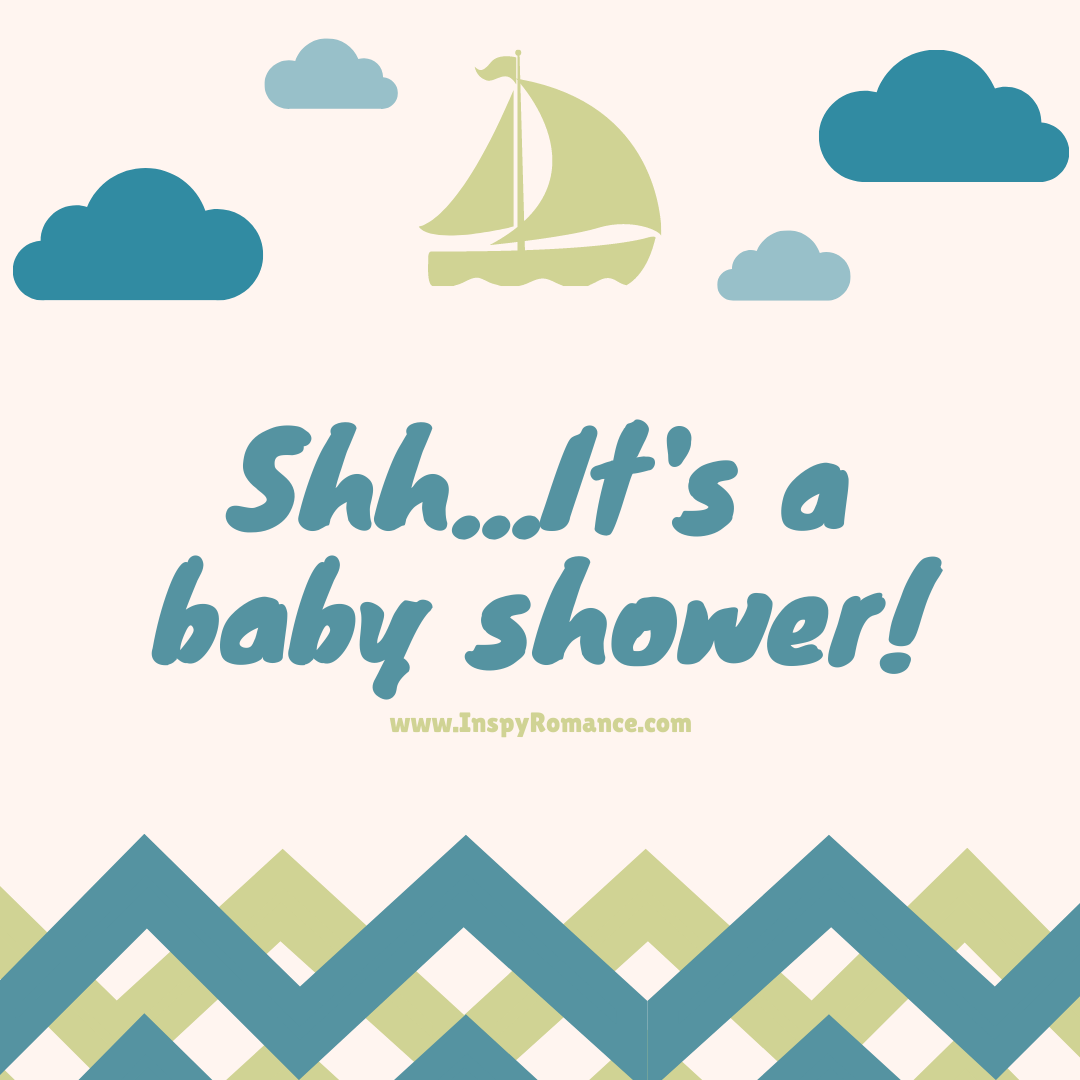 We don’t have too many embarrassing games to play–though I have always thought the melted candy in diapers was fun (you have to guess what candy bar each is.) I couldn’t quite figure out how to do that on a blog post though.

So instead, I thought I’d introduce you to the parents.

Holly Bell has been working for the social media arm of Robinson Enterprises since she graduated from college. This is a good thing, since she ended up leaving school with her degree…and a baby.

Aaron Powell has no idea he’s a dad.

Or maybe it’s a little less of a surprise, since he didn’t exactly spend his college years living for Jesus. If you asked him to make a list of all the women he’d been with during that time? He couldn’t.

He’s not proud of it.

In fact, Jesus has taken hold of his heart in big ways since those days and made him into a new creation. One who struggles, a lot, to remember that the shame he feels for his past isn’t what God wants for him.

So when he bumps into Holly–the woman from work he’s paired up with in Joe Robinson’s crazy “Who wants to be a billionaire” competition–at the grocery store, Aaron isn’t quite sure what to do with the fact that her son is the spitting image of him as a child.

Here’s a little glimpse of Holly and Aaron (and Luca) in action:

She turned. Her stomach sank when she spotted Aaron. Why was he at the grocery store on a Friday night? Shouldn’t he be out partying or on a date? “Aaron. Hi.”

“Looks like you know how to live it up the same as I do.” He chuckled and reached for a variety pack of Greek yogurt.

“So it seems.” Her gaze darted to Luca as he came back into view with an enormous bag of chips in his arms. Everything in her tensed. “I guess I’m surprised.”

“True.” Why were her hands sweating? She wiped them on her jeans and slung an arm around Luca as he dropped the bag of chips in the cart.

“You got the yogurt, Mom?” Luca peered into the cart before drawing a line through an item on the list. “Next is eggs.”

She caught a glimpse of Aaron standing still, his little handbasket looped over his arm, staring after them. Well, let him stare. She wasn’t the only single mother in the world. For all Aaron knew, she was married and just didn’t wear a ring. There was a reason she kept her private life private. She fought the urge to glance back and see if he was still watching.

Since we’re sharing secrets today, I’ll let you in on one of mine: I love secret baby stories. 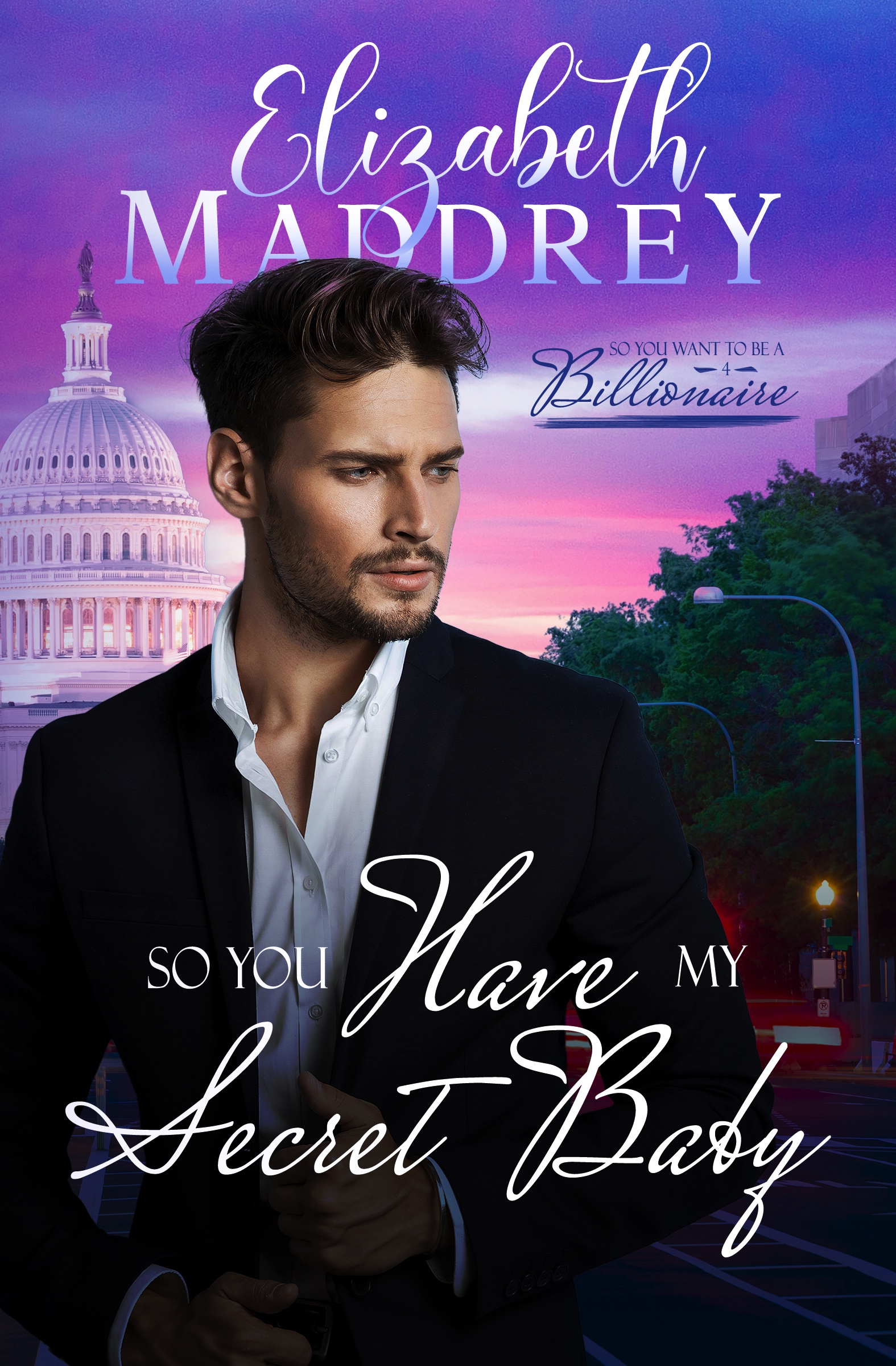 I realize that’s an unpopular thing–and I do understand the objections to them. But, I also really think they can be fun, provided the reason the dad doesn’t know about the baby makes sense. In today’s world, it’s harder to come up with a good reason. Most of the time, you ought to at least be able to send a text, right?

No matter how you twist it though, you do have to acknowledge that neither mom nor dad were living for Jesus the way the Bible asks us to. And I do understand that that’s sometimes a deal breaker for readers of Christian fiction who just want to escape into their books and not deal with the struggles that we really face today.

But I’ve always loved messy characters. And maybe that’s why I enjoy secret baby stories so much, too.

So You Have My Secret Baby is book 4 in the So You Want to be a Billionaire series and it’ll release on August 10th. Normally, I’d say my books (even in series) stand alone. And these stories do as well, mostly. I do feel like you get a better handle on what’s going on if you’re reading them in order though. Especially since Books 2, 3, and 4 all take place over the same timeframe in story time.

I’d love to gift a copy of any of the books in the So You Want to be a Billionaire series to a commenter. Let me know what you think about secret baby stories — what are you deal breakers for them? Or maybe, like me, you love them! Tell me about that! Or, if you’d rather not talk secret babies, what’s your favorite baby shower game and why?

I’ll choose a winner on Tuesday, so comment before midnight on Monday, August 2nd, if you want to enter.