Hey everyone! How are y’all?! Things have been super busy here and, I’ll admit it, I had a really hard time coming up with a post for today. I have a great one coming…next month ;). I’ll have a super special guest (at least I think she’s super awesome anyway ;). I’m sure a lot of you do too :D.) Anyway, I went to see WICKED last weekend and LOVED it and even thought I could come up with a great blog post about love – even not romantic love – but yeah. It didn’t come to me. It’s still percolating ;). 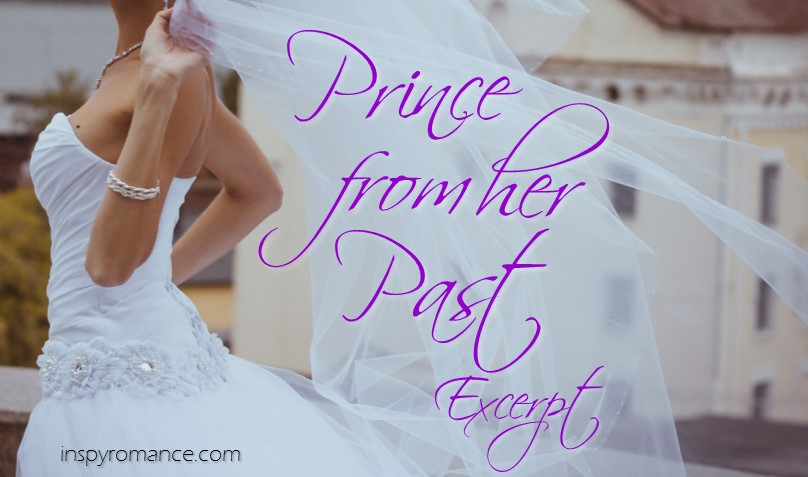 So instead, I decided to give y’all a sneak peek at what I’ve been working on that’s kept me so busy. Prince from her Past releases March 1! Yay! I’m so excited I can hardly stand it :D. So here we go…sneak peek! But warning…possible spoilers ;). (And yes – if you ‘ve seen it before, I slightly redid the cover. There’s a bunch of reasons… ;))

Set up: Princess Yvette’s been engaged since she was an infant. Her betrothed died in a car accident a few months later, but the contract was written in such a way that it’s still in effect. She’s waking up on her 18th birthday. The wedding is in a week. She’s fully expecting to be stood up by a dead guy…

“What?” Yvette yelled, praying it wasn’t either of her parents. She’d be read the riot act for replying that way, though she had no way of knowing it was them and…she checked. She didn’t have to be up for another hour.

“Your royal highness? Your father needs you to meet him in the throne room in an hour.” Melinda, her personal assistant walked over to the windows and pressed the button to open all of the curtains. Pinkish light from the dawn filled the room. “He gave specific instructions.”

“What’s this about?” Yvette sat cross-legged on her bed, covers still pulled onto her lap.

“I don’t know, miss. I believe the queen of Ravenzario is here on business, and he wants all of you there.” 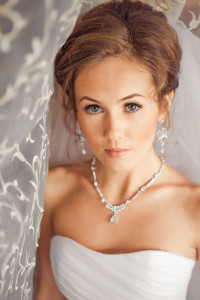 Right. Her should-be-future-sister-in-law. Yvette wanted to harbor feelings of snark toward the older woman, but found herself unable to. Orphaned by the car accident that took the life of Yvette’s fiancé, Christiana had grown up with their mutual distant family members in Montevaro. At eighteen, she’d gained full control of the throne, hers only because of the death of her brother. The old rules of primogeniture still applied in Ravenzario, which meant Yvette would have been queen had Nicklaus survived. But Christiana had survived the car crash because of a cold that kept her home, an uncle trying to usurp the throne, a fiancé set on killing her on the honeymoon, and an assassination attempt just a few weeks earlier.

“Is the prince consort with her?” Yvette yawned as she swung her feet over the side of the bed.

She’d met Duke Alexander several times and liked him. He’d even been her escort a time or two for official events in Ravenzario. However, Yvette hadn’t seen him since the revelation of his teenage foray into acting became public. She’d binge watched 2 Cool 4 School, a teen comedy staring Alexander and his twin brother, Christopher, after the news came out.

“Here we go.” Melinda walked back into the bedroom carrying one of the dresses Yvette loathed. Midnight blue, cinched waist, short train. Heels were a must. Yvette hated heels. Whoever invented them should have been banished to Antarctica for life. “You need to take a quick shower, miss. Wash your hair, and Belinda will be in shortly to do it for you.”

Belinda and Melinda. Twin sisters Yvette didn’t know what she’d do without. “Thanks, Melinda.” It wasn’t her fault the king was obnoxious this early in the morning. A quick shower, a longer hair session, and quick bite to eat later, an hour after the pounding on the door, Yvette was ready to go. As much as she hated the dress and what it stood for, she had to admit, she felt nice wearing it.

Her heels clicked along the stone floor as she made her way to the throne room. Her father rarely conducted business in there, so why was he doing it now? Something to do with the wedding? Maybe they’d call the whole farce of a thing off.

“You’re here.” Before she even entered the throne room, her father’s voice boomed her direction. “The rest of the family is on their way.”

Because of where they were and the staff watching, Yvette dropped a slight curtsy toward her father before kissing his cheek. “Everyone is coming?” If both of her older brothers, her sister-in-law, and her mother would be there, this was big. Whatever it was.

“Yes. Christiana called in the middle of the night and asked for an immediate audience with the entire family. Her plane arrived a few moments ago.”

The door behind her opened again and the rest of the family walked in. Her brothers looked especially handsome in their uniforms, complete with swords and sashes. Jessabelle, her sister-in-law, looked more uncomfortable than Yvette had seen her in a long time. That wedding had been planned in less than two weeks, and Jessabelle had met Malachi at the altar. Yvette still didn’t quite understand the forces behind the suddenness of that arranged marriage, thought it was indirectly responsible for a turnaround in her father.

The protocol minister bustled in behind her mother. “They have arrived. Please take your places.”

Her father was already seated on the throne. Her mother sat next to him. The children all had assigned spots. Yvette moved to hers as Malachi whispered to his wife, kissing her temple in a move that made Yvette long to be loved like her brother obviously loved his wife, no matter what their beginning.

The exceptionally large double doors at the other end of the room were opened by white-gloved doormen. A voice boomed from somewhere unseen.

“Christiana, Queen of Ravenzario, and Alexander, Duke of Testudines, and guest.”

Christiana, with her gorgeous blond curls falling around her shoulders, led the way with Alexander just behind. Yvette couldn’t see the guest.

Christiana stopped a few feet in front of the throne. “Thank you for agreeing to see us on such short notice, King Antonio.” 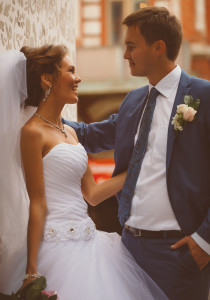 He waved her off. “My pleasure. But it is early, and I don’t believe my family has eaten, so can we get down to business? We would be honored if you would join us for a meal afterward.”

“It would be our pleasure.” She stepped ahead just a bit, and Alexander seemed to fade into the background, giving Yvette the first glimpse of the guest.

Wavy brown hair, lips that threatened to twitch into an easy grin at any moment, and twinkling eyes captivated her. He was easily the most handsome man she’d ever seen.

Including her very handsome brothers and Alexander in his teen heartthrob days.

“King Antonio, Queen Alicia, Prince William, Prince Malachi, Princess Jessabelle, and…” Christiana turned to look straight at her. “Princess Yvette. There is someone I would like you to meet.”

She stepped to the side, and the guest moved forward.

“My brother. Prince Nicklaus of Ravenzario.”

Prince from her Past is coming March 1! It’s available for preorder at the special price of 2.99 :). Leave a comment for your chance to win your choice of books from the Brides of Belles Montagnes series. Let me know your favorite breakfast item. Why? Why not? ;) For me…bacon! 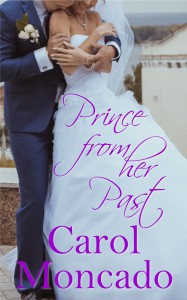 Princess Yvette of Mevendia has been engaged since before her first birthday. Thanks to the ridiculous contract her father signed, the engagement is still intact and the wedding set to occur a week after her eighteenth birthday, even though the groom’s been dead for over seventeen years.

Prince Nicklaus of Ravenzario and his nanny narrowly escaped death when a car accident claimed the lives of his parents. Raised in hiding in the United States, and recently informed of his royal heritage, Nicklaus has returned to the land of his birth just in time for his wedding.

Nicklaus finds himself attracted to Princess Yvette, but is that enough to go through with the wedding? Or will he suffer banishment not only for himself, but the nanny who raised him and the fiance he’s only just met? Despite his tall, dark, and handsome appeal, Yvette isn’t sure she wants to go through with the wedding – but she really doesn’t want to be exiled either. She prefers to be proactive, to go after what she wants, but this time, the princess finds her future, her chance at happiness, in the hands of the prince from her past.