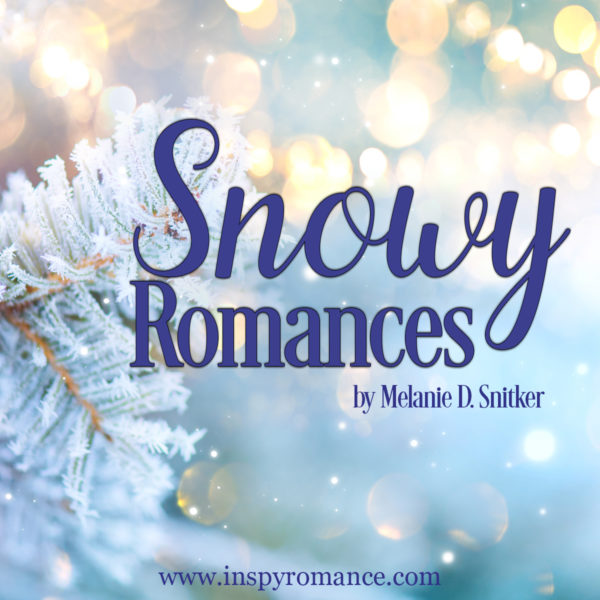 We don’t see a lot of snow in the Texas Hill Country. Honestly, I’m usually okay with that. Until December arrives and something about the holidays and the beginning of winter has me wishing for snow. Preferably one nice snowfall — just enough to make it truly feel like winter.

Instead, I live vicariously through movies, friends’ pictures on Facebook, and by reading romances that take place in colder locations.

I also enjoy writing books involving snow in the storyline. When I wrote, I Still Do, it was so much fun to not only include snow, but create a situation in which a previously-divorced couple is forced to deal with the past because they are snowbound in a cabin together. I still consider it one of my favorites to write.

If you enjoy reading snowy romances, check out these books written by Inspy Romance authors. Enjoy! 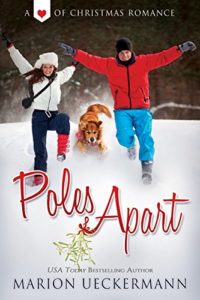 Writer’s block and a looming Christmas novel deadline have romance novelist, Sarah Jones, heading for the other side of the world on a whim.
Niklas Toivonen offers cosy Lapland accommodation, but when his aging father falls ill, Niklas is called upon to step into his father’s work clothes to make children happy. Red is quite his color.
Fresh off the airplane, a visit to Santa sets Sarah’s muse into overdrive. The man in red is not only entertaining, he’s young—with gorgeous blue eyes. Much like her new landlord’s, she discovers. Santa and Niklas quickly become objects of research—for her novel, and her curiosity.
Though she’s written countless happily-ever-afters, Sarah doubts she’ll ever enjoy her own. Niklas must find a way to show her how to leave the pain of her past behind, so she can find love and faith once more.
~*~ 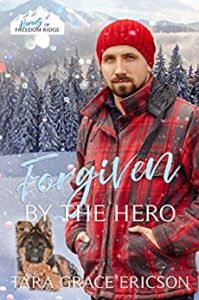 Forgiven by the Hero by Tara Grace Ericson

They weren’t searching for love, but a snowstorm might help them find it.

Megan Warren is secretly Marcus Warner, best-selling author of adventure thrillers. Hiding away in a remote cabin near Freedom, Colorado is the perfect escape to meet the looming deadline from her publisher. Her peace and quiet keeps getting disrupted by the gruff Search and Rescue Officer using the mountain as training grounds, but she doesn’t mind the interruptions.

Derek Held trusts dogs more than people, and his life revolves around training the best Search and Rescue dogs in the country. When he meets a mysterious woman holed up on the mountain, the Christmas season in Freedom suddenly looks a lot cheerier, until her evasive answers send up red flags.

An unexpected snowstorm shuts down the mountain, Megan and Derek are stranded in her tiny cabin, with only her secrets and his suspicions to keep them company. Can he learn to trust and let her rescue his heart? 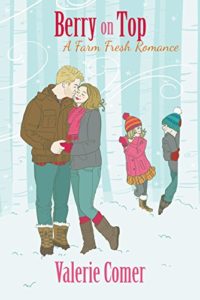 Berry on Top by Valerie Comer

In her effort to run from both God and Mason Waterman, the man who ruined her life a decade before, Liz Nemesek winds up homeless in an Iowa winter, where the icy wind matches the chill in her heart. Only God can bring spring and new life to her heart.

If he’s really changed, can she re-open her heart to him… and to the God who could have prevented her decade of heartache?

Liz Nemesek’s first visit home in forever is tough enough before Mason Waterman shows up. Despite her best efforts, she’s never forgotten — or forgiven — him for the hurt he once caused.

Former bad boy Mason Waterman has returned to northern Idaho to raise his five-year-old twins. The kids are determined to find a new mommy, but Liz is the last person they should latch onto… and the last person he should find himself falling for. Again. 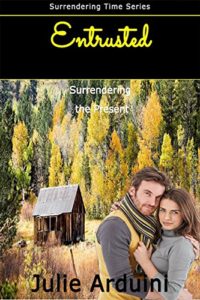 City-girl produces a lot of change for mountain grocer.

Jenna Anderson leaves her Ohio hometown for the unknown in Speculator Falls. She’s determined to make her new job as senior center work and become one of the locals.

Ben Regan’s family is the backbone of Speculator Falls and he’s made a vow to protect the rural village. When his grandfather passes away and his former girlfriend leaves without even saying goodbye, Ben’s determined to prevent further transition in his life.

But Jenna produces a lot of change for Ben in a book about surrendering the present fears we have about change and wanting to belong. 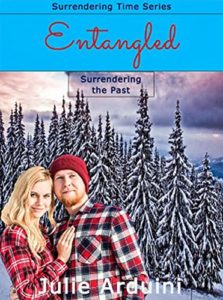 A single mom creates a lot of split ends when she allows regret from her past to threaten her future.

Carla Rowling has been given her dream of attending cosmetology school. The gift is so generous she feels unworthy because of choices she made as a teen. The pressure mounts as Carla juggles school, is a single mom, helps her best friend Jenna plan her wedding, spends time with boyfriend Will Marshall, and deals with the fact that her son’s father is back in their lives.

Will Marshall is the one Speculator Falls resident everyone can count on. His truck deliveries are reliable. He’s the first to help friends like Ben Regan with boat work or be a card partner with Bart Davis. Will’s ready to settle down with Carla, loving her is natural. He’s bonded with her son, Noah. But when Carla starts cosmetology school, she puts emotional distance between her and Will.

Can Carla release her past and create a future full of highlights, or, will she burn her options worse than a bad perm? 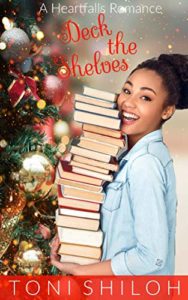 Deck the Shelves by Toni Shiloh

Kendall Jackson is the proud owner of Heartfalls’ bookstore, The Cozy Shelf. Her life is one straight out of the pages, except she’s missing that leading man. Although she has a crush on the handsome auto mechanic, Quinton Hendricks, Kendall wants an old-fashioned type of romance—the stuff swoon-worthy romance books are made of. But Quinton seems to need a little prodding.

Something about Kendall sparks hope in Quinton Hendricks that love could be his again. Only being abandoned by his ex-wife has made him cautious to the point of non-moving.

Can two people hesitant on second chances find love as they Deck the Shelves? 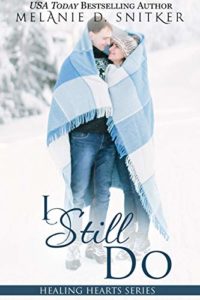 I Still Do by Melanie D. Snitker

What’s worse than running into your ex-husband? Becoming snowbound with him and an avalanche of memories you can’t escape.

When Cora Wells married her high school sweetheart at nineteen, she thought it was the beginning of a perfect life together. Their divorce two years later shattered her heart. She thought she’d never see him again, until she agrees to go on a crazy trip to honor a loved one and comes face to face with none other than her ex-husband, Grey.

Grey Jackson never could decide which was his biggest mistake—marrying Cora or divorcing her. He thought he’d moved past it all, but unexpectedly seeing Cora brings every emotion back to the surface. He can tell she’s keeping something from him, yet how can he expect her to open up to him after he shut himself off from her years ago?

When a crazy winter storm leaves them all snowbound, everything seems to go wrong, and Cora and Grey have no choice but to work together. As tempers flare and old wounds are re-opened, they must face the truth of what happened between them. Will it give them a second chance to rediscover their first love?

Do you get much snow where you live? Are you a fan of snow? Answer in the comments below, and you’ll be entered for a chance to win a digital copy of my book, I Still Do. A random winner will be chosen January 2nd and contacted by e-mail.