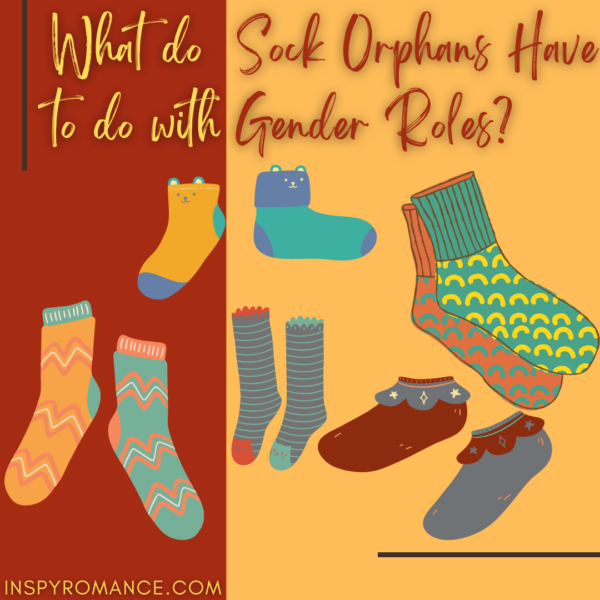 I reached a new low a few weeks back. Like, low-low.

I had twenty-two unmatched socks in my laundry basket.

And they were all mine.

You might wonder how on earth anybody can end up with twenty-two pairs of socks. The answer is simple. Single socks keep disappearing, and I have to buy new pairs to make up for all my orphans.

They hide under my bed and dresser mostly. They’re crafty little socks, what can I say?

My husband – bless him – went on a sock hunt for me. He didn’t quite find twenty-two- socks hidden in the nooks and crannies of our bedroom, but he found several. Today there are only ten unmatched socks in my laundry basket…and most of them aren’t the same as from a few weeks ago.

What on earth does this have to do with romance?

Ha. You have to take a peek inside my crazy, mixed-up writer’s mind for a minute to understand that.

Some might say that I have a rebellious nature. The truth is, I’m just not super convinced that things should be a certain way because that’s the way they’ve always been. Don’t get me wrong. I have a huge amount of respect for tradition, especially Church tradition, when that tradition is grounded in Truth. I have slightly less patience for tradition that has come about because Great Uncle Snorkelfish said it’s always been this way.

Which brings me to the topic of gender norms in fiction.

I’ve said this before – I enjoy a good alpha male romance. I like a strong male lead. I just also kind of happen to like alpha female leads, too. I like my female characters to be an intellectual match for my male characters. I like to make my characters fit together the way people fit in real life. Neither is perfect. Both have strengths. Both have weaknesses. Their strengths and weaknesses just happen to fit each other.

I can remember praying for my future husband eons ago and telling God that I didn’t need a perfect man. Good grief, I didn’t even want a perfect man! Can you imagine the pressure that would put on a woman? Being married to a man who can do no wrong? No, thank you. No. I didn’t want a perfect man. I just wanted the man that was perfect for me…and I knew that God was the only one who could make that decision. Left to my own devices, I’d have blown it. 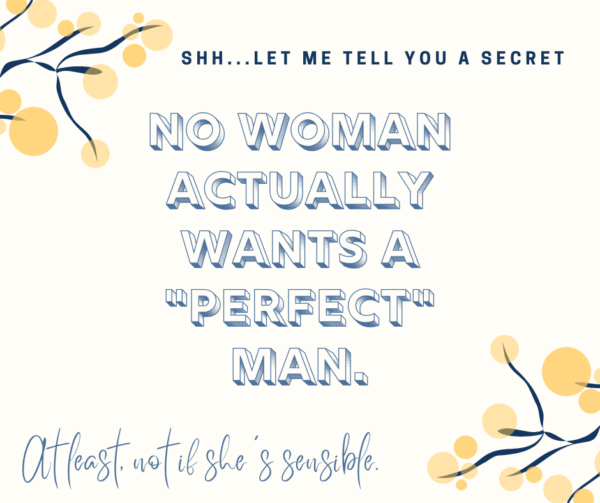 I take that same approach with my male leads. They don’t need to be perfect. Granted, some hide their weaknesses better than others. They’re all flawed, though. They’re all special in their own way. That approach kind of messes with the gender norms that have come to be expected in a lot of romantic fiction.

Which brings me back to the socks.

I might be the only woman I know who manages to leave her socks on the bedroom floor and consequently lose them. (At least, I’m the only woman I know of who admits it.) Traditionally, that’s a male problem. Men leave their socks laying around. Men are careless where the laundry hamper is concerned. Men are…well…men. At least, that’s the way I hear it. 😉

In my family, though, I’m the one who has the sock problem. My husband’s socks always end up in the hamper where they’re supposed to be. Granted, I do the laundry and fold the clothes…but my husband is the one who goes on sock hunts when I realize I’ve become overly careless and have ended up with way too many sock orphans in the clean-laundry basket.

What does that say about me?

Um…I’m not totally sure. I have a sneaking suspicion, though, that it’s not entirely flattering. So, I don’t go digging too deeply into the hidden psyche of my sock problems. Because I’m okay with a little bit of harmless denial. 😊 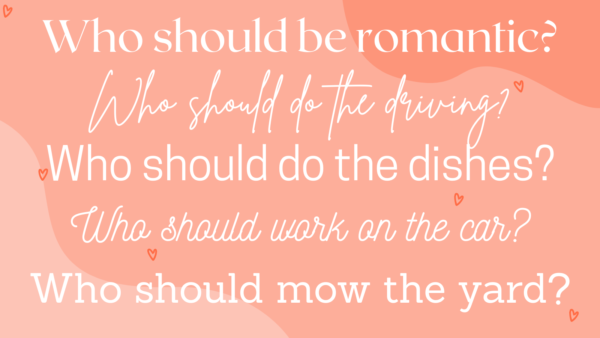 What about you? What kind of gender norms do you like in your Christian romance? Are there specific roles that you think belong to men only? Or to women only? Which gender norms (hopefully misplaced socks!) do you enjoy seeing broken? Where do you like to see the traditional stereotypes recast in a new light?