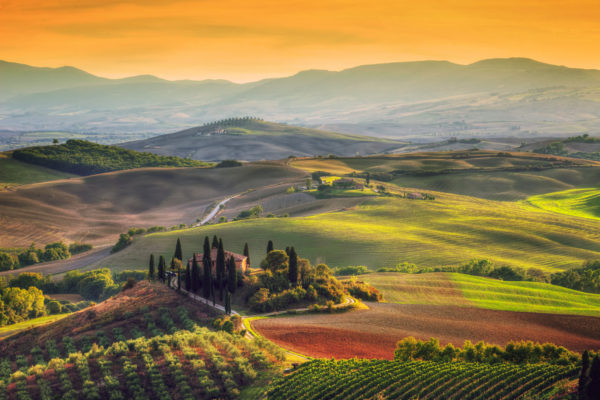 Around September 2016, Autumn Macarthur and I began brainstorming a new multi-author series. We were surprised at how quickly the stories’ ideas came, and pretty soon we had a solid outline for what we envisaged. We set about asking the authors we wished to collaborate with on this series and were ecstatic to quickly get Elizabeth Maddrey, Alexa Verda, Clare Revell, Heather Gray, and Narelle Atkins on board.

What we had in mind was unlike other multi-author series we’d seen, however, as this series wouldn’t be joined by theme or storyworld (although there is a storyworld common to all the characters and some of the books). Our plan was to join the series by the characters and a thread of intrigue that would weave its way through the books, the answers only finally revealing themselves in the last story.

We’ve a myriad of wonderful characters for our readers…characters that we’ve come to know and love as each of us have written our stories and swopped ideas of how this character would speak, or dress, or eat, or act. Not only did we need to know or own characters, we needed to know the main characters in other authors’ books too.

As you can imagine, this has taken some keeping track of. Google docs spreadsheets we can all update as we go, website links, photos, and back and forth messages and emails. But oh, it’s been fun! And the closer we get to D-Day, the more excited we become about this series.

Each book has been titled after an Italian song, most well-known, some not as familiar. And now I can hear you begging me for the name of this series. I mean, why Italian names? I’m sure you’re also eager to know when it’ll release. Let me put you out of your misery. A Tuscan Legacy is a 9-book Christian Romance series that, God-willing, will release weekly from April 2018. For nine consecutive weeks, readers will have one new book a week to look forward to. Every story is a complete and satisfying romance, filled with faith, family, forgiveness, and love. The only thing you won’t know unless you read the complete series is “Who?” and “Why?” 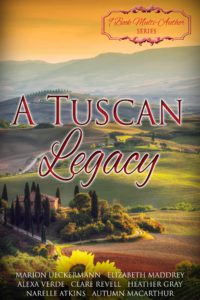 There are incredible heroes and heroines waiting to take you on their journeys into love, intrigue, and healing in A Tuscan Legacy. The Rossi cousins who grew up in Italy are lawyer Rafaele, firefighter Ric, schoolteacher Sienna, and tour guide Alessandra (although she prefers to be called Alessa). Their American cousins, the Carters, are pizzeria executive Marco and his twin brothers, Nicolo (although only his Nonna can call him that) and Piero. Nick’s a piano-tuner, and Piero a fashion photographer who travels the world. Rachel Golding is the illegitimate cousin they discover. And then there’s their ever-imposing Nonna—the matriarch of their family—Isabella Rossi. The characters come to you with unmet dreams, suspicions, secrets, heartbreak, and deep family hurts and scars.

Start your journey to Tuscany this summer with Book 1, That’s Amore. If you’ve read my Seven Suitors for Seven Sisters series, you’ll discover the heroine of That’s Amore appeared in Books 1 and 5, and hero Rafaele was mentioned in Book 2. And while you’re waiting, please visit and like our Facebook page so you don’t miss out on anything happening there as we ramp up to launch. Soon we will have our website up and running and we’ll post the link to that on the Facebook page. 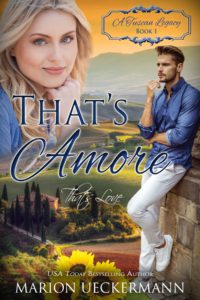 When Isabella Rossi invites each of her adult grandchildren to her estate in the Tuscan hills for her eightieth birthday, she hopes to reunite a family fractured by distance, death, and secrets. The birthday gift of a painting, arriving unsigned and with no sender’s details, rips open old heartbreak. One family secret has already been revealed, her youngest son Albertino’s illegitimate English daughter. Now it seems there could be yet more secrets.

Returning home, the cousins, scattered across three continents, each discover their lifetime love. When they gather again at the villa as summer ends, the remaining secrets are revealed. But can they be forgiven, or will the mistakes of the past be repeated?