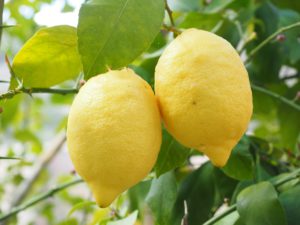 It’s been almost two weeks now since I found out that my first publisher has decided to close their doors. That was a very sad day for a lot of people–especially my publisher. But sometimes you have to face the reality of dollars and cents–particularly if you’re running a business.

And so, while what I’ve needed (and wanted) to be focusing on in my writing time is a novella that will come out in January and kick off a new series, I’ve been splitting my time between that and trying to re-cover the five books that were with my publisher so that I can get them back up on Amazon as quickly as possible.

What you may (or may not) know about these posts here at InspyRomance is that we schedule them a week ahead of time in order to make life easier for the admin team (because nobody has time to be up at midnight chewing their nails over whether or not there’ll be a new post in the morning), so I wasn’t sure I’d be able to show you all my new covers. But it turned out that things went a little faster than I’d anticipated. (This is fantastic because I hate feeling like I’m behind on my novella deadline!)

You might recall that earlier in the year, the rights of the first two books in my Grant Us Grace series reverted and I blogged about their new covers here. Well, I had some back and forth with the publisher at that point and we agreed that having a new cover for the third in the series was probably a good idea as well, so I went ahead and worked one up. It never ended up going live for one reason or another, but it has reduced the stress of new covers this past week by one. 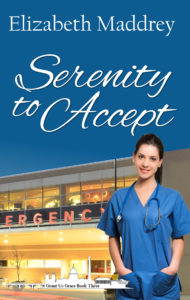 I just love the new cover for Serenity to Accept, and I’m looking forward to getting everything back up on Amazon so that people can enjoy the full series again. The new covers go nicely together (I think) and they’re slightly more descriptive of the book. Looking at the Serenity cover now, you can tell that the main character, Karin, is a nurse. And while you might think she’s an ER nurse, the Emergency Room is actually there because Jason, the doctor and hero of the story, is an ER doc. Karin works in the NICU.

My women’s fiction series follows twin sisters, June and July (pronounced Julie) as they and their husbands navigate the painful waters of infertility. There’s a lot of heartbreak in there, but also a lot of hope and a lot of joy. And as much as I can speak from experience and say that infertility isn’t something I’d ever wish on anyone, it can be an opportunity for incredible growth (that whole lemons/lemonade theme coming in again.) Without further ado — the final new covers for the series. 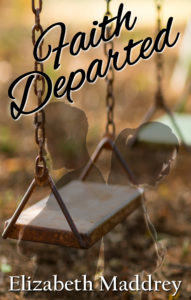 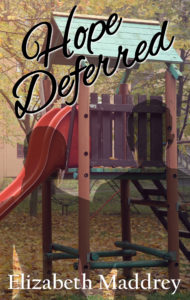 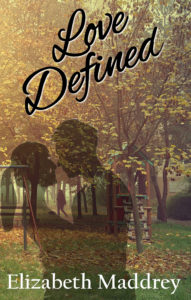 Sure. Sometimes life hands you lemons. But there’s almost always a way to make the best of it. So I’m choosing not to focus on how sad I am for my publisher (she’s heartbroken as well) and instead, I’m focusing on the excitement of new covers. ‘Cause a good new cover is always a happy thing to have.