Have you ever had a song stuck in your head? For the past week, this one has been going around and around in my brain. I have no idea why. Is there a story there?

Some writers have a play list that they use while they write. I’ve never actually done one of those, but I often use songs in my stories. I’m not really a Country music fan, but I heard Ain’t That Lonely Yet by Dwight Yoakam, and the “what if” factor hit me. What would a Christian man do after being left at the altar? The answer to the question turned into my very first Love Inspired book, THE HEART’S HOMECOMING.

None of my other books was inspired by a song, but many of my books contain songs that inspire the characters or make the characters think about something in their lives, especially their love lives. In my book, A PLACE TO CALL HOME, the hero realizes God’s forgiveness when the congregation sings an old hymn, Just As I Am.

Do you have a song that you consider your song? 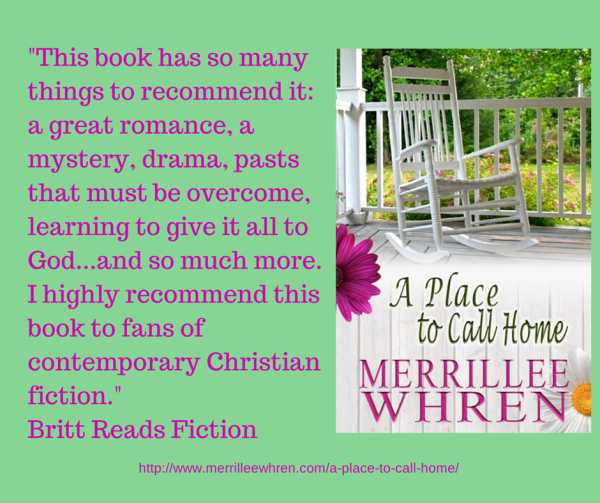 After serving six years in prison for the false charge of manslaughter in the death of his wife, Kurt Jansen must overcome a world of bitterness if he wants to start a new life. But his first priority is securing a restoration job to pay a private investigator to find the real killer and a lawyer to get his kids back.

Hiring a convicted wife-killer isn’t what kind-hearted Molly Finnerty bargains for as part of the prison ministry she supports. However, she begins to believe Kurt’s claim of innocence and gradually finds a great deal to like about him—perhaps more to like than she should.