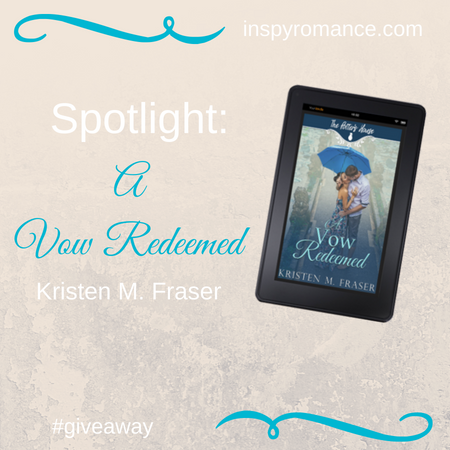 It’s difficult to believe that the first round of The Potter’s House Books series is already completed! I’m thankful to be part of it with my book, Heart Unbroken.

When I was first asked to be a part of The Potter’s House Books series, I was thrilled – as the premise of the series – hope, redemption and second chances – excited me. What a wonderful opportunity to share God’s amazing grace with readers! I was then extremely nervous and a little overwhelmed to say the least! Here I was, an unknown Aussie author with a few books to my name, rubbing virtual shoulders with AMAZING Christian authors! Out of my league, much?!

I prayed about my response, and all my excuses fell away as I felt God giving me a gentle nudge and reminding me that my words are for Him. With that in mind, I responded with a ‘yes’ and A Vow Redeemed was born. 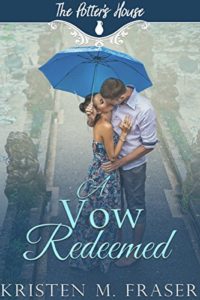 To say A Vow Redeemed was challenging to write is an understatement. It’s not every day one chooses to write about such a tricky subject as pornography. But it’s a topic that is rife in our society, Christian circles included, and God placed it on my heart to share Justin and Gabby’s story.

Gabby’s world is shaken by her discovery of Justin’s devastating secret, and everything she’s ever known to be true and right is suddenly thrown upside down and marred by doubt. She is torn between acting on her own feelings, or trusting God and choosing to do what is right.

While it is a dark subject, A Vow Redeemed thoughtfully and tastefully shares the couple’s journey of fighting for their marriage after they lose sight of their first love (God) and their love for each other. It’s a battle they must learn to fight with God by their side (and yes, thanks to God’s amazing grace, there is romance!)

I was prompted to write this book after bearing witness to pornography’s impact on families I know. It is a subject that is too-often taboo in Christian circles. While it is rife in the secular world, and often seen as ‘normal’ and ‘harmless’, it is an addiction that doesn’t discriminate. Many Christians (both male and female) struggle with pornography, and as such, also face feelings of shame, humiliation, condemnation and worthlessness. Its effect on society is far-reaching – and throughout A Vow Redeemed, I touch on how Justin’s dark secret not only impacts his own life, but also that of his wife and children. 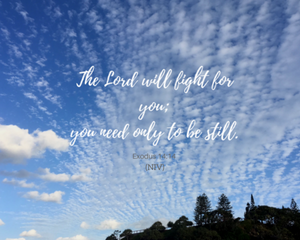 Although dealing with a tricky subject, the overarching theme throughout A Vow Redeemed is of hope and redemption. The verse I based the story on, is Exodus 14:14 (one of my favorite verses) – The Lord will fight for you; you need only to be still (NIV), as there are many battles in our lives we just can’t win on our own.

As I said, it was a challenging book to write – but it is my prayer that Gabby and Justin’s story will touch lives and people will know the redemptive power of God – nothing is too big for Him. Nothing can separate us from His unconditional love. He offers us forgiveness and redemption through His amazing grace.

A Vow Redeemed is now available for $2.99 or free on Kindle Unlimited.

To win a Kindle copy of A Vow Redeemed (via Bookfunnel), comment below with your favorite Bible verse. The giveaway will close on July 10th, and the winner will be chosen randomly.

You can discover all The Potter’s House Books here.

Thank you for inviting me to be a part of InspyRomance!