If you’ve been around for awhile, you know we’re big fans of foodie fiction here at InspyRomance. So, what do you get when you combine a small-town baker, her studly football coach of a best friend, and…CUPCAKES? A delicious recipe for a fun read like Betsy St. Amant’s latest, All’s Fair in Love and Cupcakes. 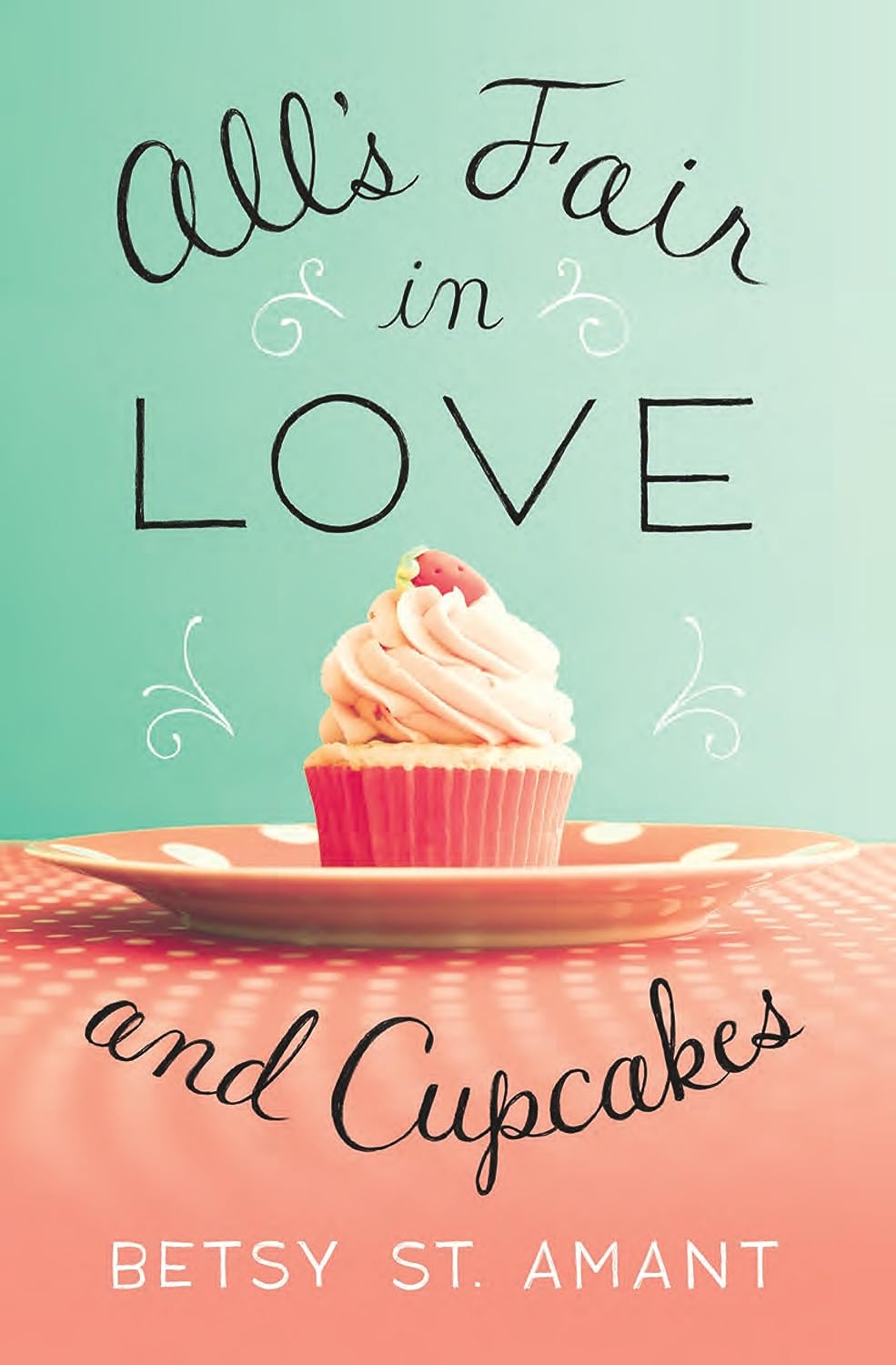 To make up for my propensity to nibble when I read foodie books, I’ve dubbed this my official treadmill read. I rate it 6,966 steps on my FitBit (3 miles), or at least half a mile of absorbed extra steps before I realize my pre-programmed workout actually ended a long time ago. Any book that keeps my attention long enough to get me to exercise more is a winner. But it’s the least Betsy St. Amant can do after all that talk of buttercream–and don’t get me started on the mouth-watering plot.

Here’s the publisher’s official description: Kat Varland has had enough of chocolate, vanilla, and strawberry.

At twenty-six years old, Kat is still living in the shadows of her family in Bayou Bend, Louisiana. Still working shifts at her Aunt Maggie’s bakery. Still wondering what to do with her passion for baking and her business degree. And still single.

But when Lucas Brannen, Kat’s best friend, signs her up for a reality TV bake-off on Cupcake Combat, everything Kat ever wanted is suddenly dangled in front of her: creative license as a baker, recognition as a visionary . . . and a job at a famous bakery in New York.

As the competition heats up, Lucas realizes he might have made a huge mistake. As much as he wants the best for Kat, the only thing he wants for himself—her—is suddenly in danger of slipping away.

The bright lights of reality cooking wars and the chance at a successful career dazzle Kat’s senses and Lucas is faced with a difficult choice: help his friend achieve her dreams . . . or sabotage her chances to keep her in Louisiana.

Sigh. A relatable heroine self-described as older than her sister but everyone’s second choice. A hunky and dependable football coach for a hero. Two best friends unknowingly in love with each other. This book is fresh out of the oven. Get it while it’s hot!

You can buy the book here: