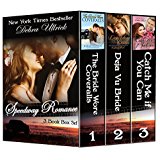 Hello, Inspy Friends! Do I have a treat for you! I wanted to share with all of you a newly released boxed set, Speedway Romance~Racing Series by Author Debra Ullrick. Debra has taken three of her bestselling books and put them all into one wonderful boxed set.

Love sneaks up on you when you least expect it. Three very different women with three very dissimilar backgrounds all have one thing in common—Speedway Romances. 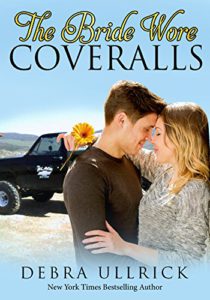 Can bitter rivals come to love each other? Fighting deep prejudice against her femininity, her choice of vehicle, and even her heritage, Camara Cole is determined to win the mud-bog racing championship this year. Her biggest competition seems also to be her worst enemy. Chase Lamar has been racing mud-boggers as long as Camara, and he grudgingly admits she’s the best driver-mechanic he knows. Their rivalry has been long and bitter. But Chase is a new Christian. As he begins to change, he finds his relationship with Camara changing, too. When Camara’s vehicle is sabatoged, she naturally blames Chase, despite a growing attraction. Chase must prove his innocence, but evidence points his way. When the smoke clears and the truth is known, will each be able to extend forgiveness, maybe even love?

DÉJÀ VU BRIDE
Furious with God, Olivia Roseman vows to never trust Him again. Why should she? Once again her prayers have

gone unanswered, and once again another loved one has been ripped from her. With no job and only a few dollars, Olivia makes a choice to start over again. Without God and without love. However, her handsome new boss isn’t going to make forgetting God or keeping her vow to never love again very easy. Erik Cole questions the sanity of his moving from Swamper City, Alabama to Charity, West Virginia. That is, until he hires airbrush designer Olivia Roseman to paint his monster truck. When he senses that she’s a gal who is down on her luck, he vows to do whatever he can to help her. Only problem is, the little beauty creates more challenges than one. As his feelings toward her deepen, all Erik can do is hope and pray that one day Olivia will open up her heart to Christ—and to him.

CATCH ME IF YOU CAN
The last thing Audra Darron wants is another disastrous relationship. When the persuasive Barrett Camden challenges her to a date, she accepts his challenge. It doesn’t take her long to learn under all that macho exterior is a kind man with a tender side. A mystery man full of secrets, something she detests. Does she dare trust him when he asks her to without knowing his past and risk her heart?

Barrett Camden is a man with many names. It’s been seven years since he went into hiding. When he sees the gutsy little beauty wipe out her competitors in a demolition derby, he’s determined to get to know the feisty woman. The only problem is, she’s not interested. Not the least bit discouraged, he pursues her, but soon discovers his past may very well keep him from catching her.

All three books rolled into one amazing boxed set. What more could a girl ask for ? :)

Debra has graciously offered to give away a kindle copy of Speedway Romance to one lucky winner. Also she will be popping in from time to time, so while she’s here visiting with us, does any one have any questions for her?

Debra Ullrick is a New York Times, CBA, and Amazon.com bestselling author. Her titles include: A Log Cabin

Christmas, Forewarned, Catch Me if You Can, A Cowboy for Christmas, The Dreamer and the Cowboy, Say it with Roses, A Forever Thing, Reunited at Christmas, Christmas Belles of Georgia, A Recipe for Romance, A Dozen Apologies, Dixie Hearts, The Bride Wore Coveralls, Deja vu Bride, The Unexpected Bride, The Unlikely Wife, Groom Wanted, Colorado Courtship, and The Unintended Groom.
A lot of Debra’s inspiration comes from her real life hero, her hottie cowboy husband of forty plus years. And she uses some of her only daughter’s antics in her books as well.

Debra and her husband lived and worked on various cattle ranches throughout the Rocky Mountains for over twenty-eight years. The last ranch they lived at, a famous movie star and her screenwriter husband purchased property there. Another ranch they worked on, Kurt Russell hunted on it, and her husband had the privilege of taking Eddie Albert horseback riding.