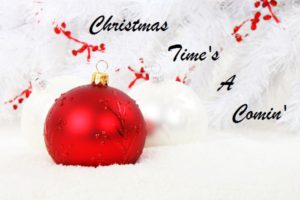 Can you believe Christmas is only nine weeks away? Christmas trees, decorations, and all the other wonderful goodies are already lining the shelves in stores. One song that comes to mind every time I go shopping is, “It’s beginning to look a lot like Christmas.” :-)  Also, if anyone doesn’t know it already, the Hallmark Channel’s countdown to Christmas will officially begin October, 29. (which is one only week away)

Some of us, (me) have already started downloading Christmas books and have been busy filling our Kindles and other reading devices to overflowing.

Well, I want to add another one to everyone’s list. A must-read Christmas story, ‘Reunited At Christmas’ by my dear friend Debra Ullrick. 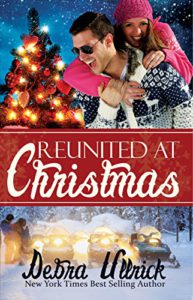 A little about the author:  Debra Ullrick is a New York Times, CBA, and Amazon.com bestselling author. Her titles include: A Log Cabin Christmas, Forewarned, Catch Me if You Can, A Cowboy for Christmas, The Dreamer and the Cowboy, Say it with Roses, A Forever Thing, Reunited at Christmas, Christmas Belles of Georgia, A Recipe for Romance, A Dozen Apologies, Dixie Hearts, The Bride Wore Coveralls, Deja vu Bride, The Unexpected Bride, The Unlikely Wife, Groom Wanted, Colorado Courtship, and The Unintended Groom.

A lot of Debra’s inspiration comes from her real life hero, her hottie cowboy husband of forty plus years. And she uses some of her only daughter’s antics in her books as well.
Debra and her husband lived and worked on various cattle ranches throughout the Rocky Mountains for over twenty-eight years. The last ranch they lived at, a famous movie star and her screenwriter husband purchased property there. Another ranch they worked on, Kurt Russell hunted on it, and her husband had the privilege of taking Eddie Albert horseback riding.
Recently, Debra and her husband, along with their ornery Manx, moved to the flatlands, where they’re currently dealing with cultural whiplash from city living.

To learn more about Debra Ullrick and her other books, visit her website www.debraullrick.com

Debra Ullrick has graciously offered to gift two ebook copies AND two paperback copies (paperback copies for USA WINNERS ONLY) to some very lucky winners on October, 29. Merry (early) Christmas to All!