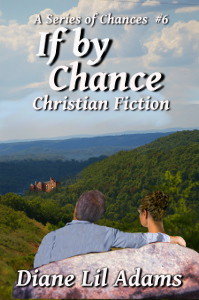 Sometimes my books try to write themselves. I don’t usually know the whole story at the start, but have a general notion what’s coming. Unfortunately, my characters often have a different vision. This can be fun if someone knocks on the door and I don’t know who’s on the other side. But it can also result in confusion and a lot of wasted time.

The book I’m currently working on – If By Chance – is a perfect example. A young woman appeared one day and I had no idea who she was or if she was going to fit. I liked her though, so I decided to try to find room for her. She was pleased, but argued for her right to share her point of view, a privilege that is usually reserved for major characters only. I gave in, then introduced her to her love interest. She looked him over, turned up her nose and said he wasn’t her type. Next, I chose a career for her. But she said it was beneath her and staunchly refused to perform some of the necessary duties. 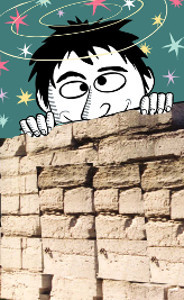 Suddenly, there were stars circling my head and I realized I had run into a wall. I either had to evict her from the book, or give her lesser role. This meant going all the way back to the beginning and rewriting every scene that included this character.

I hate to admit it, but I know there have been times, too many times, when I was the difficult character in God’s novel. “That guy isn’t right for you,” He tried to say, but I pretended not to hear Him. “Your gifts will be wasted in that career,” He warned, but I turned my head and finished the application and rejoiced when I got the job. For a while anyway. A short while …

Sometimes our emotions overpower our ears and we can’t hear what the Lord is trying to tell us. Other times, we refuse to hear. In either case, once we realize we’re going the wrong way, the best thing to do is STOP. Stop and wait for Him to help us find a way back, or a way out, or a way through. 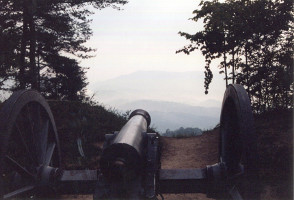 If we insist on forging ahead, there’s no telling what might be waiting at the end of the path.

Remember the Robert Frost poem about two roads? Sometimes it seems to me that there are a dozen choices, not two, in both my books and my life. I find it’s best to travel a short distance, then stop and ask the Lord if my tracking system is working properly. Should I recenter the map, plot a new course, or go back to the beginning and start over? Time spent consulting with the Lord will make the Way smoother and assure we’ll find what’s best for us at the end of the path … or the book.