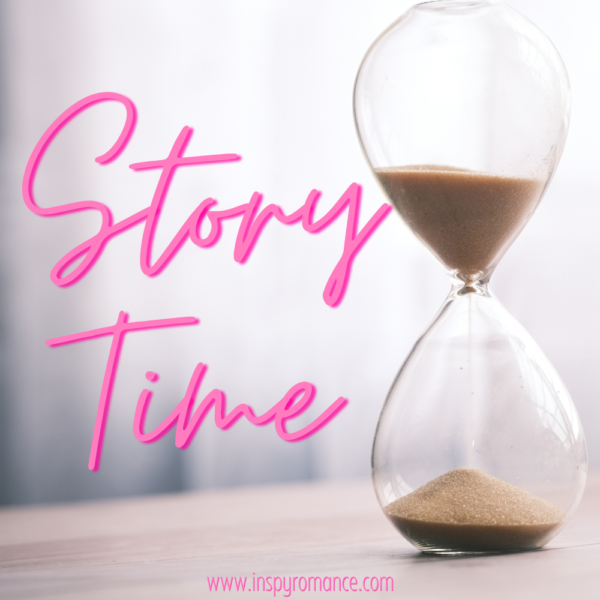 It’s inevitable: at the beginning of every month, I wonder, “How did it get to be [fill in name of month here] already? I am constantly marveling at (maybe more like lamenting) how fast time passes. I mean, summer just started, and now my kids start school next week? Or, harder still, my oldest was just entering kindergarten, and now she’s a senior? How did that happen?

But if you think time flies in real life, you should try being a book character! I mean, have you ever noticed how time moves in books? You might have one day that stretches across chapters and chapters. But then, a few chapters later, a month goes by without a word. How are those poor story characters supposed to keep up!

To be honest, keeping track of a story’s timeline is no easy task (for the writer, that is…if we’ve done everything right, it should be simple for the reader). I once wrote a first draft of a book that had only a week between Thanksgiving and Christmas and then five weeks between Christmas and New Year’s. Let’s just say it took some wrestling to get that manuscript back under control and make my story follow the real-life rules of time.

But I really do love the ability to play with (that sounds better) time in my books. To linger over really important events (i.e., the meet cute, the conflict, the kisses). And to skip the more boring parts of everyday life (I really don’t need to see a character brushing their teeth…I’m content to trust they do).

Thinking about how time moves in stories also made me think about how much time passes in the course of a single book—and how that varies a lot from one book to another. Some books take place over a couple of weeks—or even a single day! And other stories might extend across months or years or even generations. Just thinking about my own books, I would say they usually unfold over several months to a year, sometimes a little longer if you include the epilogue, although I don’t usually set that too far in the future, since it’s often the proposal or the wedding. Sometimes my characters wait a year between the proposal and the wedding—but in my upcoming release, Not Until Then, it’s only three weeks from proposal to wedding!

And then, of course, there’s the time that passes in the story world between books in a series. Sometimes my books pick up only a week or two after the previous one ends…and sometimes a whole year or more has gone by and some of the characters from previous books may even have new babies for readers to meet!

So I’d love to know: How much time do you prefer a book to be set across? How long do you like characters to be together before there’s a proposal or wedding? And do you have a preference for how much time passes (in the story world, not in real life) between the end of one book in a series and the beginning of the next?

Oh, and speaking of timing, if you want to get caught up on the Hope Springs series before the next book releases, now is the perfect time! Not Until Forever (book 1) is on sale for 99¢ and Not Until You (book 3) is on sale for $1.99 (both deals are US and Canada only, my apologies). 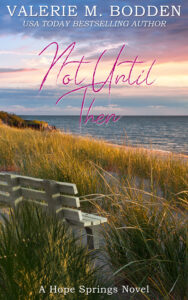 Neither is looking for a new family. But that may be just what they find in Hope Springs…

After surviving a brain aneurysm, Bethany is happy to simply get through each day without forgetting to pack her daughter a lunch or pick her up from school. She’s been a single mom since Ruby was born, and that’s the way she likes it. She’s found family in the large group of friends who have welcomed her and her daughter in Hope Springs. She doesn’t need a special someone. Especially not one as grumpy as James.

Five years after losing everything, James is perfectly fine. Too bad his boss doesn’t see it that way. When he’s forced to take some time off, James goes to help his sister at her stables in Hope Springs. He has no intention of getting to know anyone else there, least of all the forgetful—albeit intriguing—Bethany and her daughter Ruby. They remind him too much of everything he’s lost.

But between his sister’s matchmaking efforts and Ruby’s hints that she thinks James would make a great dad, both start to long for something more. When a new tragedy looms, they have to decide if love is worth the risk—or if they’d be better off forgetting they’d ever met at all.

PREORDER NOT UNTIL THEN!