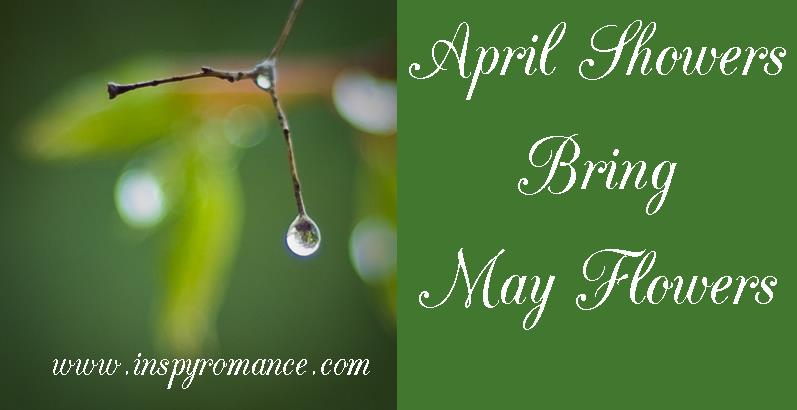 Hey, y’all! How’s your week been? Mine’s been great! I spend half of Thursday, Friday, and half of Saturday at a writer’s conference in Pittsburg, KS. While here, I learned and connected with new friends and people I already knew. But mostly, I was continually reminded just how incredibly blessed this writing journey has been for me.

I got back to my room Thursday night [my husband was okay with me splurging for my own room! With the conference discounted rate, it wasn’t bad at all!], it struck me just how gracious God has been. See, one of the first people I saw when I got here was Kathleen Y’Barbo. Not long after, Jeane Wynn. Many of you have probably heard of Kathleen – she was a member of InspyRomance for a while before she refocused on her historical books. She’s one of the top authors in the business, with nearly 60 books out. Jeane… well, you’re probably less likely to have heard of her, but when I say she’s probably the top publicist in the Christian book world? I mean it.

And Thursday night, after the group session where Kathleen gave a keynote, I went to Walmart with the two of them. And hung out. And talked. About all kinds of stuff, not just bookish things. And when I sat down and thought about it… Man alive! I’m blessed enough to call these amazing women FRIENDS! 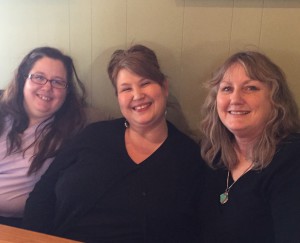 Me with Jeane and Kathleen at lunch Saturday

I’m not sure how I first met Kathleen (I think she came to my local writers’ group) but I remember being intimidated by Jeane. She’s fabulous and I had been told that, but we’d never been introduced and she’s an industry professional and all. At the ACFW Conference a couple years ago though, somehow, I ended up in this conversation with Jeane and several other people I did know. I don’t remember what we talked about, but it was fun! I have pictures to prove it.

I never set out to make connections with people so much further down the road than me – at least not with the “what can they do for me someday?” attitude. I never expected anything. But somehow… in the process of becoming friends with Kathleen and Jeane and Janice Thompson and Julie Lessman and Candace Calvert and too many others to name, I’ve not only made fabulous friends, but somehow I’ve gained incredible mentors.

It’s beyond the scope of my very limited human understanding to know why God put these people, these relationships, in my life. It’s for so much more than writing purposes. Those purposes are pretty cool, but the rest of it? The doing life with these folks? That’s infinitely better.

What about you? Have you been struck by something lately? Some blessing you didn’t even really realize how big it was until one day you stopped and took a bit of a step back and thought “Wow!”?

[Plus, when I told Kathleen and Jeane my plan for Saturday afternoon [after conference ended] was to run to Walmart and pick up a couple of frozen dinners for lunch and dinner tonight and write all afternoon… well, they kidnapped me and took me to Chili’s for lunch instead ;). Much better than frozen macaroni and cheese! And Kathleen lives less than three hours from me and Jeane is smack dab in the middle which means I get to see both of them from time to time!]

As always… If you’re a winner contact us at:

Heather Gray was here Tuesday with some random thoughts on prayer.

JoAnn Durgin talked about her new release, Heart’s Design, on Wednesday. The winner is Britney Adams!

And Saturday, Deb Kastner talked about her first – blind! – date with her husband. This winner is meezcarrie! 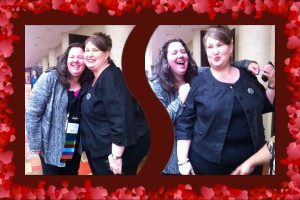 Me with Jeane Wynn during that first conversation at ACFW 2013 – not sure what we were talking about but it was fun!

Along Came a Prince (The Montevaro Monarchy 2) by Carol Moncado

More Than a Princess (The Montevaro Monarcy 3) by Carol Moncado

More Than a Princess (The Montevaro Monarchy 3) by Carol Moncado

And the Greatest of These is Love by Staci Stallings