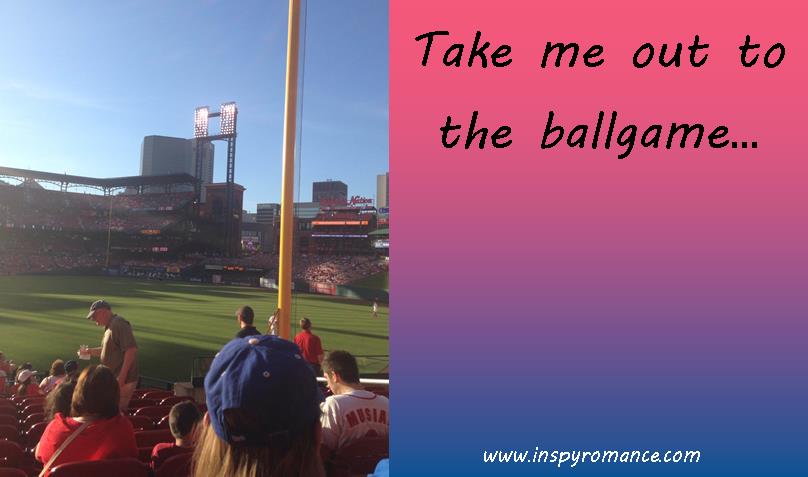 Hey, everyone! Did you have a good week? I did. My husband was asked to speak at the Missouri Juvenile Justice Association Conference in St. Louis this week. If you’re a “follower” on my Facebook page, I’m sure you saw the pictures. Because as soon as I heard “two free days in St. Louis,” I jumped in the car. I’ve never actually seen my husband in a suit before – a tux four times (3 weddings and prom), but never a suit! So handsome! We went to the St. Louis Cardinals’ game Wednesday night. The Cardinals hit two home runs that both landed within about 30 feet of us. (See how close we were to the foul pole?!) I had a great view while I worked on Hand-Me-Down Princess and wrote nearly 9000 words! Between that and what I wrote today (Saturday) puts me over half done! 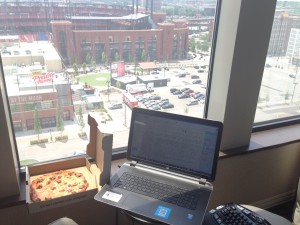 My view while I worked (and Imo’s Pizza for lunch!)

On our way home, we stopped at an army surplus store and bought me a new poncho liner blanket. They are the best blankets in the entire world. See, Matt’s best friend stayed with us when we lived in our apartment (so sometime between May 1997 and August 1999). I told him I was going to hide his and he told me it had belonged to his father, but left me another one instead. Matt started using it not too long after that and I haven’t really used it since. About 5-6 years ago, Matt bought me a desert camo one. About 4 years ago, my oldest daughter was having a bad bout of sunburn or eczema or something and it was the only thing she could use that didn’t irritate her. I haven’t used that one since. So, Friday, we bought me a new (used) green one (the only color they had). I made my daughter trade me so I could have my desert one back again. We also had a long conversation about how all three of them ARE TECHNICALLY MINE!!!! :D I’m just glad to have it back!

As always, if you’re a winner, please email us at:

Heidi McCahan was here Tuesday talking about the hero of her upcoming novella Love Flies In, part of the Splash! 9 Refreshing, Faith Filled Romances.

Heather Gray talked about why she’s a Christian author on Thursday. 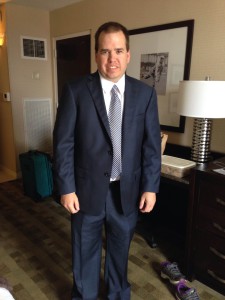 My handsome hubby before his presentation 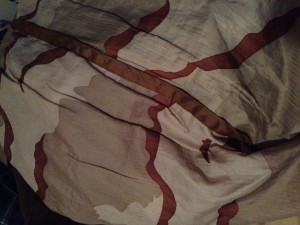 The best blankets EVER

Sweetened with Honey by Valerie Comer has been shortlisted in the 2015 The Word Guild Awards.

Raspberries and Vinegar by Valerie Comer