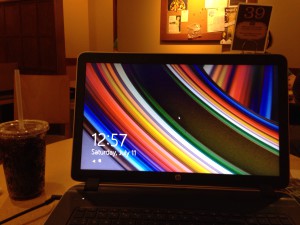 Hey, everybody! I hope you’ve had a great week! I have! Two of my books went “permafree” and it’s going very well (see links in News & Notes). My SPLASH! novella went on sale by itself (but the SPLASH collection is still a much better deal!) Plus, you know how my kids are on the swim team? Championships were this week (7 hours in a college Natatorium with about 500 swimmers and all the ancillary personnel that goes with it).

My 13yo managed to pull out 8th place in the butterfly (16 swimmers) and knocked nearly 10 seconds off her time. She also managed to keep up with her best friend in freestyle (this friend took first at our last meet – my kiddo took 6th with 3.5 seconds difference). She was actually ahead for about 15 yards, but ended up about .5 second behind (which was the difference between 9th and 12th place out of 30). My kiddo came in 16 (out of 21) on her back stroke, but COMPLETELY missed the wall on her flip turn at the end of the first half lap :p. (They do one full lap down and back.) Otherwise, the times were close enough, she could have easily moved up a slot or two. Silly girl. You’re supposed to PUSH OFF the wall! Not miss it! :D 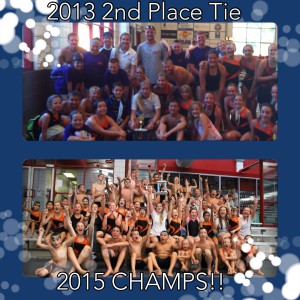 The 11yo did an individual medley (swimming all four strokes: butterfly, back, breast, free). It’s only the third time she’s done one in competition. She came in next to last (13 out of 14), but knocked 2 seconds off her time – with no goggles because they came loose when she dove in. It would have taken another 10 seconds faster to move up a slot and that was unlikely.

The 10yo knocked time off in all of her races and was doing very well in her back stroke until she started hitting the lane ropes :/. And the 7yo knocked nearly 11 seconds off his freestyle. He added seconds in his backstroke but his form was MUCH better than usual and he was concentrating on it and not speed. None of my swimmers came in last in any event and they all did their best. Which is all this mom – or their coaches – could ask for.

THE TEAM TOOK FIRST PLACE!!!! For the first time ever, our local club took first place out of the nine teams in our district!!! We’re hoping it will help convince the high school athletic people that we need a swim team ;).

As always, if you’re a winner, please email us at:

Wednesday: Lynnette Sowell talked about her upcoming release, A Promise of Grace.

Thursday: Kimberly Rose Johnson talked about Love in Mistletoe Springs, an anthology that includes a number of current and former InspyRomance Authors!

Saturday: Ginger Solomon gave a closer look at Mr. Christmas and Miss Scrooge – her offering in Love in Mistletoe Springs. 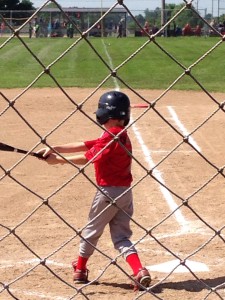 Hand-Me-Down Princess by Carol Moncado available to preorder for a special price of 99¢.

Raspberries and Vinegar by Valerie Comer