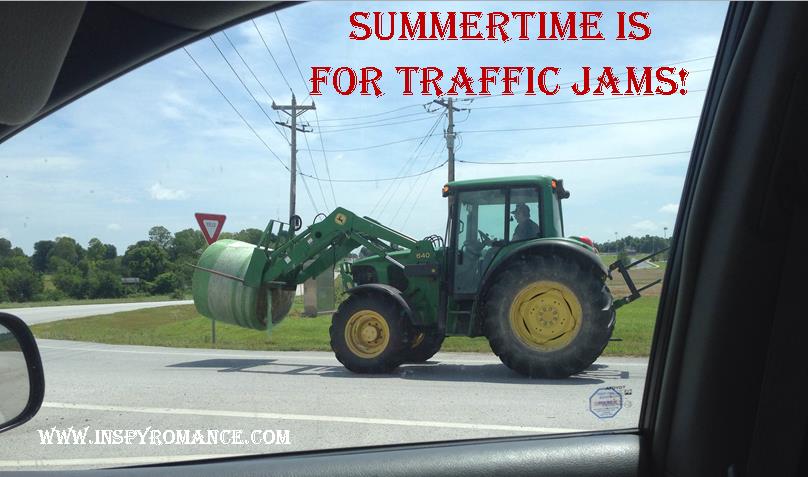 Yep. This was the traffic jam on the state highway near me this week.

Hey everyone! Busy week here (you couldn’t have guessed I’d say that, huh?! ;)) – end of summer school for me, hot days, thunderstorms, dog scared of thunderstorms, my son’s birthday today (he’s 8!), the swim team pool party, and on it goes! I also had an ad running the end of this week and it was cool to watch the numbers change on my book’s dashboard after it came out :D.

One thing my oldest daughter and I did was go watch the high school marching band show off what they’ve been learning in the last few weeks at band camp. They did a performance type thing. My oldest plays the tenor saxophone (she’s good! for just starting last summer anyway!) and we took one of her besties with us. They’d changed the location at the last minute and instead of bleachers, we would have needed chairs or a blanket. We also realized my kiddos is going to have to figure something out for her allergies next year :/. It was cool to see how much work they’ve already put in. She thought marching bands just…marched…like in parades so today we watched a halftime show (Texas A&M popped up) to show her what good college bands can do.

As always, if you’re a winner, please contact us at:

Monday: JoAnn Durgin talked about her rebel ways! Her winner is SARAH!

Tuesday: Autumn MacArthur talked about ending up in the wrong place, but God still has a plan.

Wednesday: Staci Stallings talked about how her son began to overcome his dyslexia and the book that grew from it.

Saturday: Special guest Christina Coryell joined us to talk about falling in love with her heroes and give us a peek into Simply Mad. 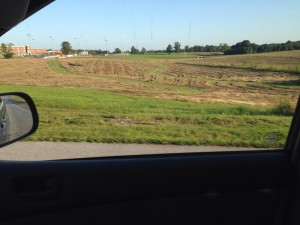 Plum Upside Down (A Farm Fresh Romance 5) by Valerie Comer

Love Flies In (An Emerald Cove Novella) by Heidi McCahan

NEWS & AWARDS
Valerie Comer’s 5th Farm Fresh Romance,Plum Upside Down, is on pre-order for 99¢ until its release on August 4.

AUDIOBOOKS
Raspberries and Vinegar (A Farm Fresh 1) by Valerie Comer

For Real (Courage 3) by Staci Stallings

Deep in the Heart by Staci Stallings

Wisdom to Know (Grant us Grace 1) by Elizabeth Maddrey

Courage to Change (Grant Us Grace 2) by Elizabeth Maddrey

Serenity to Accept (Grant Us Grace 3) by Elizabeth Maddrey