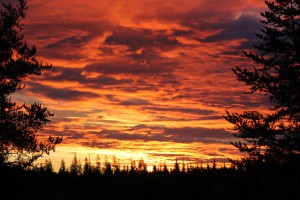 I’ve been through the educational system. Not as far as my parents would have wanted, but I graduated high school at least. I took science and have read articles pertaining to geography and astronomy. I know how the solar system works and have always been fascinated by it.

And yet, in spite of my knowledge, I still look to the sky in the east and say, “The sun is coming up.” We all know it doesn’t. Really. Our brains know that it’s the steady revolution of the earth that brings that slow and often beautiful, increase of light that heralds a new day. I’m not the only one who keeps dabbling in this fallacy. Check out fishing charts or weather websites or hear the forecasters on television. Sunrise at this time, sunset at this time.

I know that I’m not going to change anyone’s language on this and I certainly won’t be referring to sunrise as eastward earth movement. Or EEM in this acronym crazy world.

But this kind of language does foster the idea that this world is the centre of the universe and, by extension, I am the centre of my world. That everything revolves around us.

I gave up and just stood in awe of God’s majestic and vast creation.

All this gave a new meaning to God’s words when he comforts us with the words in Psalm 139, “Where can I flee from your presence? If I go up to the heavens, you are there; if I make my bed in the depths, you are there.” Anywhere in this vast creation God is there.

This was something the heroine of my next book had to learn in hard and difficult ways. She had her own plans and her own idea and she lived by the credo, “I don’t bother God, He won’t bother me.” Then she and her husband and family were forced to move to a small town at the intersection of No and Where.  Her husband’s community where people went to church and talked to God like He was actually right there and not somewhere up in the heavens above her, ignoring her. And she had to adjust.

This book is my first foray into self-publishing. The Only Best Place is a republishing of an older book that I did for Warner. I edited it again, changed some of the elements but kept the basic concept of the story the same. A woman out of her element, trying to adjust. Looking at sunrises from a different place in her life. Adjusting her point of view.

This book, and the one following it, All In One Place, will both be out November 13th. I hope you have a chance to read Leslie’s story and discover Holmes Crossing for yourself. And discover a new aspect about the vast richness of God’s love. 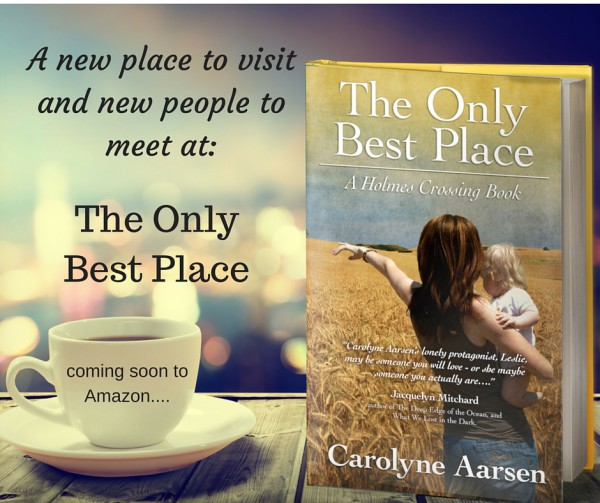