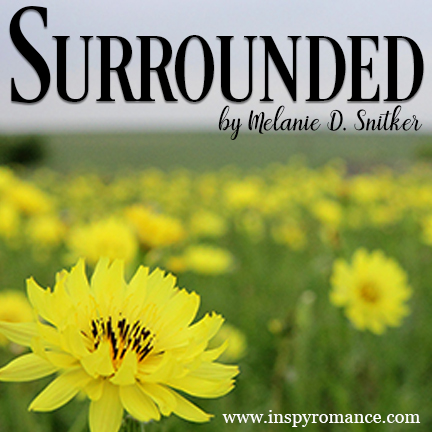 My family and I went through a particularly rough time with our son last month. I can honestly say it was one of the hardest things I’ve experienced as a parent, and it tested my faith in so many ways. But God brought all of us through, and He used it as a catalyst for changes to our son’s medication as well as his support at school. For the first time in about two years, I can look back and see that our son’s health has improved. His seizures as well as many behavior issues that came from them are mostly under control.

Seeing these amazing improvements born of what was a very difficult time wasn’t the only amazing part, though. While we were walking this particular path, we weren’t only surrounded by God’s love and protection, but by the people in our lives. Family, friends, and even people we didn’t know that well reached out, prayed for us, and continually asked how things were going. I discovered that there were people who had gone through a similar situation, and I never even knew it. They were able to offer comfort or encouragement in a way others couldn’t. It made me wonder whether God brought us together for this very reason, and it has me hoping that I can be that person for someone going through something similar in the future.

God is incredibly skilled at weaving lives together.

When I first started writing Safe In His Arms in 2016, I wanted to show how God can reach into even some of the most grim circumstances and shine a light to help us through, even when we don’t realize it at the time. In this series, I focused on three people who met just prior to aging out of the foster care system. They had no one but each other. Instead of going their separate ways, they chose to be there for each other and form that supportive family unit that they’d never had growing up.

Joel, Chess, and Brooke know that no matter what challenges come their way, they have people who will be there for them to pray them through. That counts for a whole lot! As I put the finishing touches on the third, and final, book in this series, I was again reminded how amazing it is to be surrounded by God’s love.

Have you gone through a time in your life where, once you looked back, you could see how God surrounded you in a way you’d never expected? Comment below, and you’ll be entered for a chance to win a digital copy of Safe In His Arms. The giveaway will remain open through May 4th, and a random winner will be contacted by e-mail on May 5th. If the winner already has Safe In His Arms, one of my other e-books can be substituted. 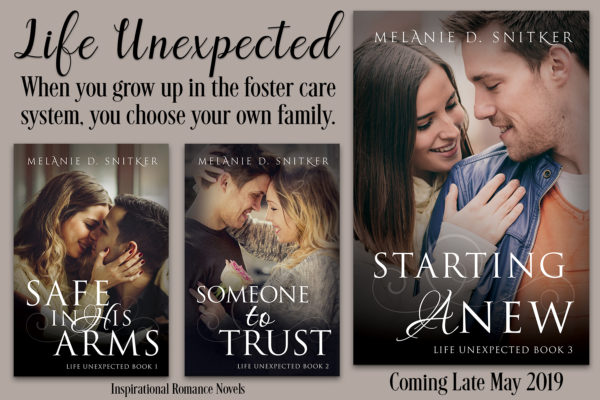 Safe In His Arms – Anna’s running for her life. Joel refuses to turn his back on her. Can they find a way to be together, or will her past pull them apart?

When a beautiful woman walks into his diner asking for a job, Joel Ash can’t bring himself to say no. The more he gets to know Anna, the more he’s convinced she’s hiding something. Intrigued and drawn to protect her, he prays he can ensure her safety and guard her heart. Even if it means risking his own in the process.

Anna Henderson is on the run. In a new town, she wants nothing more than to trust Joel and the family offering her a fresh beginning. She’s secured vital evidence that could put her obsessive ex behind bars and out of her life. But without the ability to access it, she’ll always be looking over her shoulder.

Worried her past will catch up with her, can Anna ever feel safe in Joel’s arms?

Someone to Trust – Brooke Pierce thought she’d perfected the art of hiding her feelings from Chess, her best friend and surrogate brother. Then, in a moment of weakness, she reveals the truth. His immediate rejection shatters her heart. After years of waiting for something that clearly wasn’t meant to be, it’s time to break away. Knowing she needs to move on, she must rely on the faith that’s always sustained her.

Chess Summers can’t be the person Brooke needs, even though his heart demands otherwise. Determined to protect Brooke from his past, he’s refused to tell her about the family he came from or the painful way it fell apart. He’ll do anything to give her the future she deserves, even if it means keeping his distance to prevent history from repeating itself.

As they grapple with the changes in their friendship, they realize moving apart won’t end their struggles. Only by taking the journey together can it lead to the redemption and love they both so desperately seek.