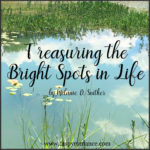 I’m not going to lie: Life has been pretty challenging for a while. Our sweet son is thirteen and has severe autism and epilepsy. We’ve been dealing with a lot of behavior and health issues. These last two weeks have been frustrating and heart-breaking. But the weekend before last, he had a good day, and […] 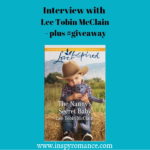 Those of you who follow me on my personal blog or social media know that I have a son with autism (in fact, today is his 13th birthday!). I am his voice in the world and speaking out about autism spectrum disorder has become part of who I am in the public world. But it […] 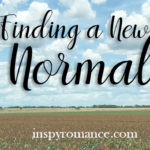 For those who may not know, we have a twelve-year-old son with autism. He was officially diagnosed at the age of three, although we were told to expect the diagnosis shortly after he turned two. Raising a son with autism has resulted in numerous surprises, challenges, and blessings. I wouldn’t change a thing. That said, […] 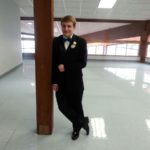 Dear readers and friends, I fully intended to write a Christmas in July post since my Starlight Christmas Series (four book complete series) is on sale this month. But at least two other Inspy authors have already covered the Christmas topic recently. So, instead, today I’d like to share with you a bit about my […] 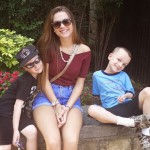 Hi everyone! Hallee here. Normally, I’d talk about something inspirational or romantic to go with the theme of the blog, but today I’ve decided to get a little up close and personal with you. For years I blogged as Hallee the Homemaker, and my children kind of grew up in the “public” blogging eye. I […]