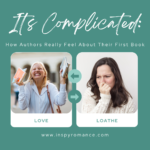 Confession: I don’t like my first book. I’m actually pretty embarrassed by it. Back in 2017 when I first wrote What Could Be, I was like a proud new first-time mama. My book baby was perfect. Beautiful. And certain to make its mark on the world. Aaaaaaand then I read it again months after I’d […] 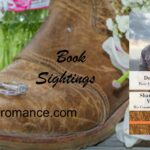 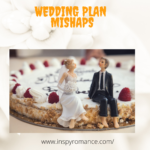 Hello Inspy Readers, I’m currently researching for my next book which will be called Holding Onto Hope. You may remember Hope from my new novel Healing Skye. She has always helped her mother plan events and weddings. She loves making brides feel like princesses, despite the fact that she’s never  gotten to plan her own […] 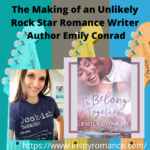 The Making of an Unlikely Rock Star Romance Writer! Hi Inspy Romance Readers! My guest today is author Emily Conrad, and I’ve enjoyed her inspirational stories with these musical characters. I’ve asked her to share about creating her rock band heroes! Welcome Emily! Thank you for having me! If you met me, I doubt you’d walk […] 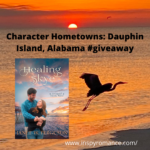 When my friend’s daughter began telling me about her internship with the Dauphin Island Sea Lab a few years ago, I knew right away that I wanted to set a book there! She was studying manatee migration patterns. The large mammals had started leaving their habitats in Florida during the summer to forage for food […] 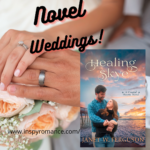 Happy Holidays, Inspy Romance Readers! I’ve just spent the weekend at a family wedding in Birmingham, Alabama! It was just so beautiful. The ceremony was outdoors on a ranch with horses, and the rehearsal took place in the beautifully refurbished barn. There were some fun things I hadn’t seen before, like a corn hole game […] 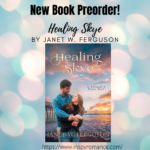 Hello Inspy Romance! I’ve been working hard and doing a lot of research all year for a new novel called Healing Skye! I decided to share an excerpt with you today! My heroine is Skye who is a marine biologist. If you follow my on social media, you know I love taking pictures of creation. […] 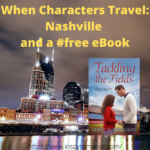 While writing Tackling the Fields, I sent two of the characters who were musically inclined to Nashville, Tennessee. The city is also known by many as Music City, and these two young characters, Audrey and Bryan, were on the verge of being considered by an agent. The Southern City in Tennessee is about six hours […] 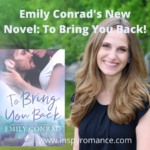 Welcome Emily Conrad to Inspy Romance to talk with us about her new inspirational romance: To Bring You Back! I’m excited about this release! Who doesn’t love a Christian musician?! And I love to hear about regional romances! Thank you for having me! I’m excited to be here! I wanted to share about: Four Regional Romances […] 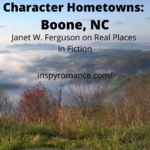