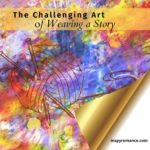 by: Staci Stallings Every book is a challenge. Some are more challenging than others, and some are challenging in different ways than others. For example, when I wrote a book about a dancer, I had to do lots of research about dance. I had to learn terms and how to put specific movements into words […] 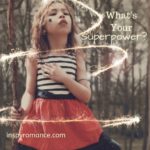 by: Staci Stallings I’m elbow-deep in The Imagination Series—writing Book 8 now.  Book 7 is on preorder.  Book 6 just released. So I’ve been thinking a lot about superpowers. In the series, there are six main-ish characters. They are friends from high school. Each one has a superpower, and the idea of the series is […] 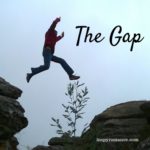 by: Staci Stallings So the other night my 16-year-old son, the light guy, sat in his chair in the living room perplexed beyond measure. His quandary?  He’d been working for a couple of weeks on a prototype for a new light design for the Christmas light show at our house in our yard.  The design […] 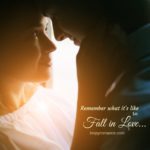 By: Staci Stallings First on a Personal Note, I want to wish all my readers and all of the Inspy Romance readers a very Merry Christmas & a Wonderful, Happy & Prosperous New Year!!! May all your holidays be bright, beautiful & filled with the love only God can give! The longer I live and […] 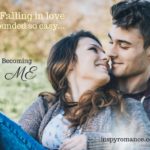 by: Staci Stallings I just heard a song called, “You Can’t Make Old Friends,” and it got me to thinking about the series that is currently being released called “The Imagination Series.” Much like The Grace Series before it, The Imagination Series follows a group of friends. When we start their story, they are all […]