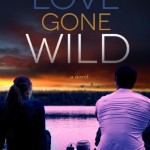 If you’ve been around Christian fiction for a while, you’ve probably heard the name Amy Matayo. She won ACFW’s 2012 Genesis Contest in contemporary romance for the book that would become her debut novel, The Wedding Game. Her second book, Love Gone Wild, was released in February 2014. You probably even know that her quirky […]