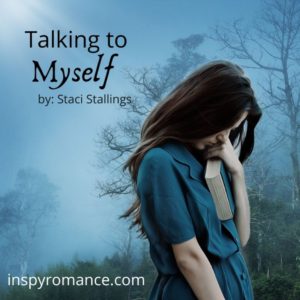 I know I’m not the only one whose life got flip-turned upside down this last month, and I think it’s kind of ironic that my post would come out today—April 18, 2020. Literally one month after insanity took over in my world.

Through it all, the thing that has sustained me is my hold-onto-it-at-all-costs faith that God’s got this, and somehow, some way, He’s going to see us through it.

So it was slightly ironic that my latest release locked down on Friday, March 20. The crazy thing is, that Amazon only recently allowed indies to do extended pre-orders of more than three months. So I had taken advantage of that by extending my new preorder an extra two weeks, thinking that would give me some extra time to get the new book ready and final-read the one coming out. At least that was the plan….

Flash forward to Spring Break, which for me, started March 11. I was way behind on the writing, and I wasn’t at all sure I could even get the book done to set it up for pre-order in time (March 16). My family went skiing, and I went to work. Ten to twelve thousand words a day later, the “new” preorder was finished, and all I had to do was final proof the one that would lock down on March 20.

My family had come back from Spring Break the day before, so I was washing ski clothes and trying to corral the insanity. My son, who is 17, wanted to go golfing with his cousins. I was leery because of the virus thing, but he said, “Come on, Mom. We can’t just quit living.” Little did we know. I said, “Okay,” but not to go to my sister’s because she was taking my very ill Dad to the ER. He said all right and away he went.

Six hours later, when he got back, he had brought groceries… from my sister’s house. We could not have fathomed what would come next. Twenty-four hours later, we learned that my Dad, in fact, had COVID-19. That was March 19. One day from when my book would lock down. I was desperately trying to get it finish-read, fielding phone calls, worrying about my mom and my sister and her family who were all now on mandatory quarantine. And because my son had stopped by my sister’s house, we too were now in quarantine with my husband out of town.

I would like to tell you that the proofreading was a snap. It was definitely NOT. Add to this, that I too (though I didn’t realize it at the time) was getting sick with the same symptoms my Dad had had for two weeks. (I didn’t get it from him but from another “source” that I still can’t quite pinpoint.)

On Friday, March 20, my Dad took a drastic turn for the worse and ended up in ICU. I was still trying to finish-read my book, and that’s when it happened. You see, in the book, the characters are in quite the dramatic situation as well. None of them know how to proceed and all are freaked out by the current events happening in their lives. As I read, I began, through my own writing, to talk to myself, to give myself advice through the words I had written some six to eight months prior.

I had to hold onto the things that spoke right to me. So I started copying them out of the book so I could go back to them, over and over again as my Dad went from bad to worse, onto a ventilator and put into a medically induced coma. As my sister and my mom weathered quarantine, and I, myself, got so sick I very nearly ended up in the ER one night just a week later.

Here are just a few I copied down in the midst of the utter chaos in my life. I thought maybe they would speak to you as well.

“It’s easier not to?” Greg sighed. “But Paige and Clara. This is really going to be hard on them. I wish I could do something so they didn’t have to go through this. I mean, at the time, when it happened, there wasn’t much to do. We had to figure out how to keep going, but now… It’s like seeing a train coming at you full speed, knowing it’s coming, but not being able to do anything to stop it or slow it down or anything.”

“This is not a perfect answer that is going to make it all go away, but all I can tell you is to pray like crazy and work like crazy to get them all and yourself through it. I read recently that you can’t pray for an A in class but just work for a B. You have to learn to act toward your prayers. You pray for an A and work for an A. That doesn’t guarantee an A, but it will get you a lot closer than praying for the best but not working for it too.”

“See it as fire or see it as lions or see it as a storm. Whatever. However. The exact metaphor you use doesn’t really matter, what matters is that you’re trusting God enough that He’s already there where it’s all okay, and you’re asking for His strength and hope and courage to take a stand and bring this evil down.”

“Don’t ever let Satan make you doubt whether your prayer works. God absolutely does hear you.”

“You think God did this?” Taylor asked, taken aback and not sure she liked that scenario.
“No. I think life did this, but I think God might well have had a plan for turning what was meant for evil into something good.”
“And what plan was that?”
“Well, maybe it’s to teach you to rely on Him in the middle of the storm. Maybe it’s to show you what great friends you have and how to be grateful for that instead of resenting it. Maybe it’s so you can step up and pray for them even as they are praying for you.”

“So prayer then?”
“For back there, right here, and for what’s coming.”

We’re still not out of the woods yet. My Dad is now in rehab, working to get his strength back. I’m much better though I can still tell it’s not gone yet. And now, someone very near and dear to me is fighting it as well. (By the time you read this, I’ll know the end of that story, and I pray, pray, pray, it’s a good ending!)

I won’t tell you that any of this has been easy. What I will tell you is that I’ve only made it this far by holding onto God and letting Him hold onto me every step of the way.

But it has been interesting talking to myself.

So, how have you been weathering this storm we find ourselves in? What prayers do you pray in the midst of your storms? How has God been there in those moments that life feels way too big to deal with?

I’d love to hear your stories and how God brought you through. Miracle stories are even better!
#stayhome #staysafe #LoveToAll 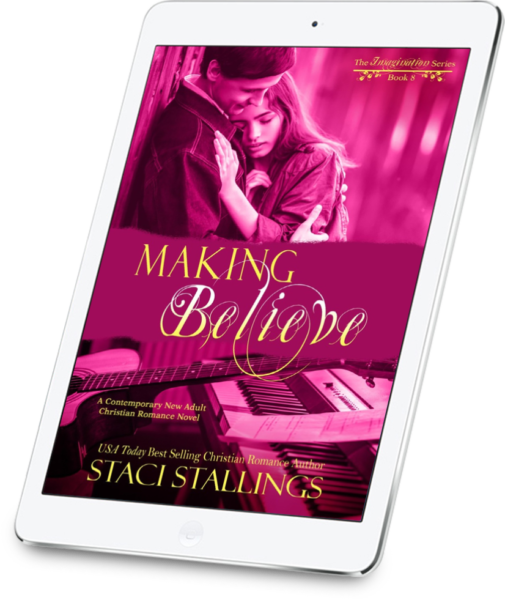 Check out “Making Believe”
on Amazon!