How many of you still carry a “real” Bible with you when you go to church?

I’m amazed over how fewer and fewer people are bringing an actual Bible with them to Sunday services. I’m one of them! Why? Well, because the Bible app or a digital Bible isn’t near as heavy as the real thing. Just the other day I had grabbed my study Bible to take to our study group and I nearly dropped it. Seriously, it was heavy! (stop rolling your eyes) 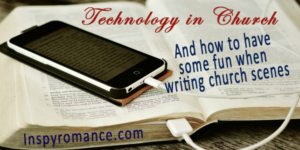 Let’s face it, we’ve become a digital culture. I do still see people carting real Bibles in, but not nearly as many as five or ten years ago, you know?

I’m guilty of being one of the phone app users, and here’s why…

Now, I do miss having that well, loved, worn-down, old Bible, too. I miss coming on scriptures that I once highlighted and being reminded of why I highlighted that particular one. Or coming across old notes that still speaks to me, even though several years have passed. In the scene below that I’m sharing with you from my latest release, My Charming Billionaire, I had some fun with Jeremy Grimwood’s first visit to a church in many years. His companion, the heroine Melody Carson, his clutching her mother’s old Bible as they enter the chapel. Jeremy knows he had a Bible at some time in his life, but he’s not sure where he put it. So Melody suggested that he quickly download a Bible App to use.

This scene came to me while I was sitting in my own church, maneuvering through all the goodies my app has to offer. Here’s a little FYI, if you’re ever in the same church as me on a Sunday, and you hear me start giggling… It’s probably because a book scene just popped in my head. And I’m not sure why, but they pop in my head a lot while I’m at church.

Seriously. Clueless as to why this happens.

Anyway, here’s the scene I ended up writing because, at some time or another, I’ve had the same thoughts run through my head during Sunday sermon. =)

How about you? Real Bible or Digital? Type or handwrite notes, or do you just sit and listen? Leave a comment below and I’ll pick someone to win my first Billionaire Romance, My Beastly Billionaire.

At that moment, the pastor began praying and ended with, “And everyone said Amen. You may be seated.” He took his notes and headed off the stage.

Another man wearing a microphone headpiece came onto the stage. This one had graying hair and wore glasses that he sat on the end of his nose as he read from his notes kept on a tablet.

“I have two important topics for tonight’s sermon,” he held up three fingers, “that I hope to get through before my time is up. If I don’t, I hope you grabbed a coffee before sitting down.” He chuckled at his own joke, then opened his Bible.

Melody didn’t seem to be paying much attention to the sermon as she flipped through the pages of her parent’s Bible. Jeremy tried to follow along, using his new app, but there were so many little accessories distracting him. How cool that he could pick any scripture and turn it into an image to share on his social media. What would Duncan think to see Psalms 23 on his feed? Would he be pleased? He’d probably chastise Jeremy for not paying attention to the sermon.

What was the man talking about? He was supposed to find some passage in John, but Jeremy wasn’t sure which one. There were several! How hard would it have been to be more original on naming the books? Oh great, he switched to a new screen. Who was that quote from? Jeremy tried to pull up his note app since others all around him seemed to be taking notations of what the pastor was saying. They probably had to. He was running through his presentation so fast, they must take notes so they could go back later and try to figure out what he was talking about.

By the time Jeremy got the program opened, the pastor had moved on to his third and final point. Rolling his eyes, Jeremy shoved his phone into his pocket and simply tried to listen. 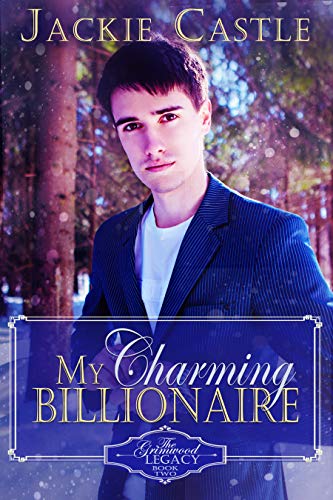 He has lived the charmed life. She only has her devoted seven workers to depend on in this modern day Snow White retelling.

Jeremy Grimwood followed in his father’s footsteps and went to work at the family’s investment bank. But his dismal life is racing toward a dead end. Until the weekend when he joins his family at their favorite ski resort. There he runs into his childhood friend, Melody Carson, whom he’s had a crush on for as long as he could remember.

Melody Carson inherited the Sky High ski resort when her parents passed away in an auto accident. The resort has been in her family for the past four generations. Now her mountain refuge is about to collapse and the predators are circling.

Jeremy wants to help Melody and maybe get himself out of the friend-zone. But Melody has built a protective wall around herself and refuses to accept hand-outs or take advantage of her friends.

Will Jeremy ever be able to break through Melody’s icy fortress so she can see true prince he really wishes to be?