Sometimes I have trouble coming up with blogging ideas. It’s easy when I have a book coming out, but even that wears a little thin after a while. (Last month I told you about my upcoming April release…so it doesn’t seem fair that I talk about that release again in April, now does it? You don’t want to get bored reading this blog, and I don’t want to get bored writing for it.) So as my blogging deadline approached, I decided to randomly write down blogging ideas on a piece of notebook paper.

What I’ve Learned About Life From Playing Pinochle

Top Ten Things to Learn From Playing Cards With Your Kids

Who On Earth Invented the Cronut? And Why? 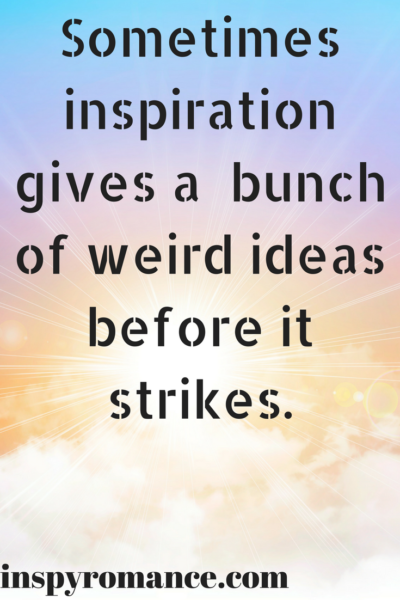 Why Bakery Doughnuts Are Far Superior to Store-bought Doughnuts

That’s sort of how brainstorming works. You end up with a lot of weird stuff before you hit on the one that resonates. So here we are, and I’m talking about some of the things I’ve learned from being a writer. (That’s better than Cronuts and Patience, right?)

Some readers will love what you write. Some won’t. I get good reviews. I get bad reviews. I’ve gotten reviews from readers who disliked my book because it was about x, y, and z – even though the blurb clearly stated it was about x, y, and z. And I’ve had readers who have never left a review but who have contacted me through my website to tell me how something I wrote in my book spoke right to the heart of the issue they were dealing with and how thankful they are that God gave me that story because it was exactly what they needed. I’ve also had readers contact me just to thank me for giving them a good laugh. It’s not possible to please everyone. The world is filled with all kinds of readers who have different likes and dislikes, and that’s okay. Just because someone doesn’t like one of my books – that doesn’t mean they’re a bad person. It just means I’m not the author for them. I can live with that. At the end of the day, I want to be able to stand before God unashamed and know that I’ve written the story He gave me to write. 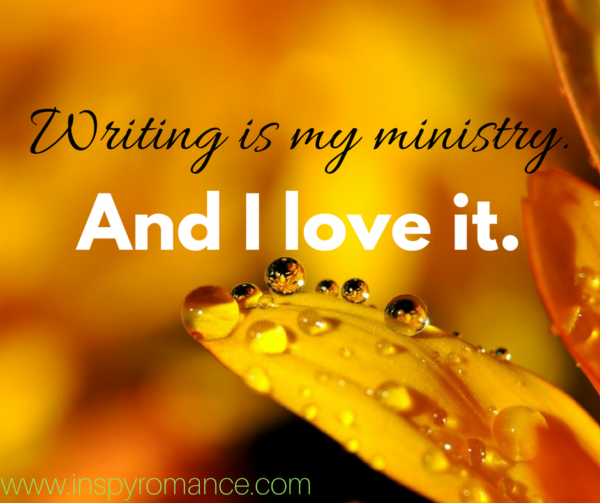 Writing is a ministry. Or at least a mission project. I recently referred to my writing as a ministry, and I got a funny look from the person I was talking to. That’s when I realized not everyone has the same definition for ministry and if people misunderstand what you mean by that word, they can completely misread what you’re trying to tell them. So I’ve amended my statement. God has given me a ministry – but you can call it a mission project if you’re more comfortable with that. ^_^ Writing isn’t just about the book. It’s about the people, too. I’ve built relationships with readers, with other authors, with editors, with book promoters, and even with people who design swag. I have met so many people as I’ve pursued this thing called writing, and in each and every case, I believe that God has brought those people into my life intentionally…and that I should treat them with intentionality. In every single case, with every person that I come into contact with, it’s important that I remember I am Christ’s ambassador. It’s important that I love people right where they’re at and that I do my part to show them the love of Christ. 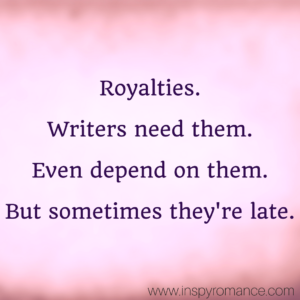 Royalties don’t always get paid on time. This is a reality of writing, and it hits both indie and traditionally published authors. It’s one of those things that I look at as a life lesson. Don’t spend the money before it’s in the bank. Don’t promise someone you’ll have their money on such-and-such a date because that’s when your royalties usually come in. Be smart. Be sensible. Understand that far too much of what goes on in this world is beyond your control.

Teenage boys don’t make the best judges when it comes to romance covers. I had a book coming out through a publisher, and the cover artist sent me two variations of the cover and asked which I preferred. I showed them both my son (age 14 at the time) and asked which cover shouted, “Read me!” He took his time looking from one to the other before answering me. Apparently, neither of the covers made him want to read the book. Silly me! That’s what I get for asking the kid who wouldn’t touch a romance book with a ten foot pole which cover is better. So the lesson here? Know your audience. If you need input, get it from your audience – from the people you’re trying to reach, from the people you want to clamor to buy your books. (And whatever you do, avoid asking teenage boys to help you pick out romance covers.)

Don’t ask a teenage boy to pick out a book cover for a romance novel.

God’s grace is sufficient. Always. Sometimes I make mistakes. (Shocker, right?) I say the wrong thing, misspell something on a social media post, or get words like sequins and sequence mixed up while writing. Mistakes happen. 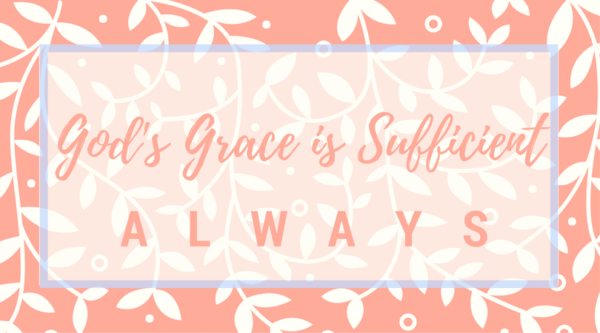 But God’s grace covers it all. The most important part is that I seek to serve Him with what I’m doing – from the writing to the social media – and that I do my best. If I’m seeking to serve God, and I’m doing the best I can, then I’m good. God is not standing by and waiting to drop the hammer on me over mistakes that, in the big scheme of things, are really quite small. This is a hard lesson for a perfectionist to learn. Not that I’m a perfectionist in every area of my life, but I’ve been known to put way more pressure on myself that is strictly wise. Living in the midst of God’s grace helps me to avoid doing that.

Thank you for sticking with me and sharing a little bit of what I’ve learned from writing. I’ll be back next month to finish the list.

In the meantime, can you tell me about an experience in your life that has taught you something profound?

One random commenter will be selected to win a $5 Amazon Gift Card.