If you’ve been around Christian fiction for a while, you’ve probably heard the name Amy Matayo. She won ACFW’s 2012 Genesis Contest in contemporary romance for the book that would become her debut novel, The Wedding Game. Her second book, Love Gone Wild, was released in February 2014. You probably even know that her quirky characters and snappy sense of humor in these books are not a put-on… So I asked Amy to come here today and tell us ten things that we probably don’t know about here. Without further ado… Amy Matayo. 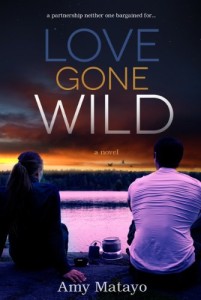 For all two of you out there who’ve lain awake at night wondering “Just who is this Amy Matayo? What makes her get up in the mornings? What keeps her motivated to keep going even under such enormous pressure like which kind of ice cream to eat each day?” this post is for you. For both of you. Or maybe just one of you. Whichever.

That’s not the point. The point is, I made a list. And here it is.

1. I wish I could live inside a romance novel. Specifically the kind where the guy and girl get stranded on an island or stuck in an elevator or trapped inside an abandoned cave or any type of storyline where the guy and girl are forced to rely on each other without any other people around. My reasons for this are twofold: 1. These are the best kinds of romance novels, and 2. I hate writing secondary characters so this storyline makes me really happy. I’m not sure if I would play the part of the guy or the girl or the whale that accidentally makes its way onto the beach and dies a slow death, but I want to be involved somehow.

2. I hate to garden. Or pull weeds. Or mow. Or just about anything that involves me working in the grass. Though I do like to walk in it. And lay on my back in it and look up at the stars. This makes no sense, but it’s how I roll.

3. I love to eat, but I hate to cook. I sometimes drag out my cookbooks and pretend to be Julia Child for a night, but it usually ends in disaster. Like the time I forgot the pork chops on the stove and wound up with a fire that singed my arm in the process. Or the time I forgot to turn the oven on and wound up with a raw chicken after three hours of supposed baking. I could go on, but I don’t want to because it’s embarrassing. I occasionally like to bake, but I’m not sure that counts since it usually involves five ingredients and one of them is always chocolate.

4. I’ve dropped my iPhone in water three times, but somehow it still works. Not as well as it used to, but whatever.

5. I’ve owned 5 dogs in as many years. Not sure why this is, but I’m one dog away from giving up altogether. And I love dogs. I really do. I’m just not sure they love me. Although I secretly think it’s my kids they have an aversion to. At least that’s what I tell myself.

6. I have a closet full of clothes, but almost always wear the same five things. Not sure what this says about me. Either that I’m easygoing or I have no sense of style. Both options are viable.

7. I love love love to write a first draft, but hate hate hate to edit every subsequent one. In an unofficial poll of three 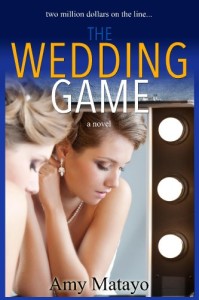 writer friends, it seems I’m odd man out. I like to think it’s because I’m just so creative that I don’t have time for meaningless technicalities. But everyone else regularly tells me it’s because I’m weird.

8. If the sun is up, I can’t go outside without sunglasses. Even if it’s raining. The second sunshine or wind hits my eyeball, I’m a watery mess. I’m aware that this sometimes makes me look stupid, but it’s a character flaw I’m forced to live with.

9. My favorite thing in the world to do is walk on the beach and look for perfect seashells. Kinda hard to do for an Arkansas livin’ girl, but I do it when I can.

10. My most prized possession is my great-great-great grandmother’s wedding ring that I wear on my right hand. Her name was Amy and it’s engraved on the inside. And as much as I love my own wedding ring, I would be more devastated to lose hers. But don’t tell my husband…let’s keep it our little secret

And that’s it. Ten things you didn’t know about me, nine of which are completely useless. I let you decide which one is worth remembering. Talk to you later! 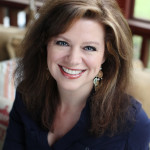 Amy Matayo has a degree in Journalism from John Brown University. She worked for seven years as Senior Writer and Editor at DaySpring Cards until the birth of her first child. Amy was a freelance writer for David C. Cook before pursuing novel writing full time and focuses on edgy, contemporary books for women of all ages. She is the author of The Wedding Game, Love Gone Wild, and the upcoming Sway. She lives with her husband and four children in Arkansas. Please visit her online at www.amymatayo.com.