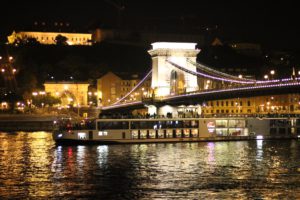 As with many folks, I became entranced with Downton Abbey.  I savored each episode, avoided social commitments on Sunday nights so I wouldn’t miss a thing, and then even bought the DVDs as well–to enjoy during the loooong wait until the next season began.

Several years ago, during a trip to England, one of the high points of the trip was touring Highclere Castle, where most of the “upstairs”  scenes in Downton were filmed.  Anyone else here who was caught up on the series, too?

Viking River Cruises was one of the public television sponsors here 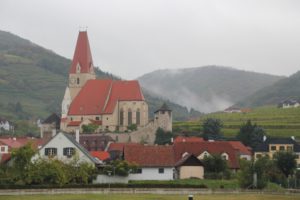 in the USA, and by the time the entire Downton Abbey series was completed, I was not only hooked on the characters and storylines but also interested in those river cruises!  And wonder of wonders, my dear hubby agreed.

So, off we went to Budapest on October 7th and the start of a leisurely 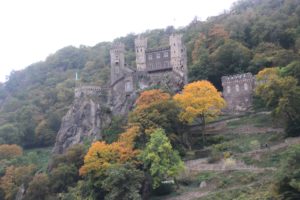 fourteen-day river cruise through Hungary, Austria, Germany and Holland.  We just got back this past weekend, and I thought I would share a few photos.

Thank goodness for digital camera these days–I took 2,874 pictures, and  now need to wade through them all!

The first photo is of the Chain Bridge in Budapest. 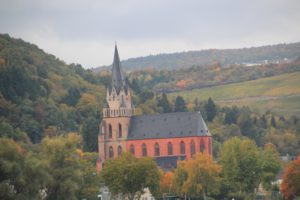 I guess I should have known beforehand, but I was in awe at how many beautiful churches, cathedrals, and castles there are to savor along the route we chose. I don’t know the name of the churches in these photos, but seeing each one was like finding a  jewel along the Danube, Main and Rhine rivers.

I so wish I could share photos with you of the interior of Melk Abbey and the Wurzburg Bishop’s Residenz, which were absolutely stunning. Photos were  not allowed  :( and I can’t legally copy  photos from the souvenir booklets I bought.  But–I highly recommend going to Google and searching “Wurzburg residenz interior images”  and also “Melk Abbey images”, because they are simply breathtaking. Keep scrolling through the photos–there are lots of each place. I was dazzled! 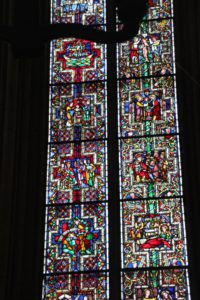 The fourth  photo here is one of the countless stained glass windows we saw along the way. My photos looked sharp and clear on my computer, but they don’t look as sharp here on the blog for some reason.

Seeing the beautiful scenery and the quaint, Medieval  towns along the river system through these countries was awe-inspiring, but  beyond that, the entire staff on the crew of the Viking longship was wonderful and the other guests on the boat were awesome.  With just ninety-five rooms for guests, it was a relatively small group, compared to the big cruise ships with masses of people onboard, and we got to know a number of other guests quite well.  Such fun!

Now…you may wonder how this can  relate to inspy writing.  :)  But it does.  It was wonderful research!

With every passing day I was brainstorming with myself about setting a new novella in just such a place. My husband thinks “Murder on the Viking” is a catchy title, but I want this to inspy romance, not suspense. 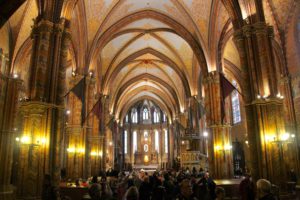 So…do you think this sort of setting would work? If you happen to think of any good ideas for the plot and characters, I would love to hear about them!

And on another note, what has been your own favorite trip? Is there someplace special that you would love to visit someday? 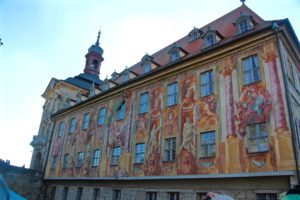 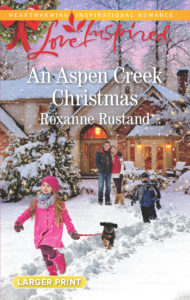 I’ll be drawing a name from the those who leave a comment, and the winner can choose any ebook  title from my back list, which can be seen under the “Books” tab at www.roxannerustand.com.

Blessings to you all!
Roxanne Rustand