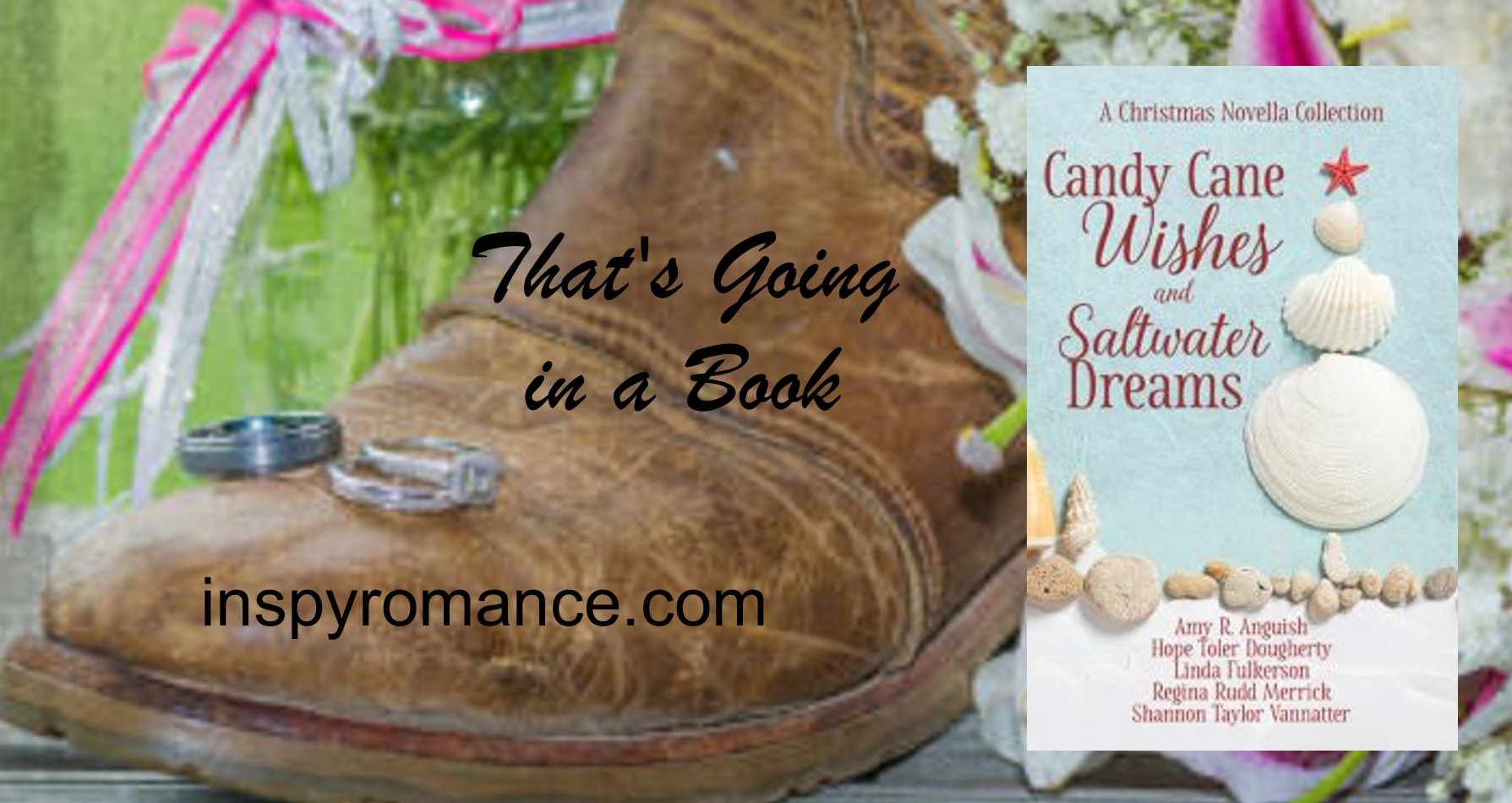 After being in the house all week, editing a book, I told my husband I wanted to do something fun. Fun for us is go to out for lunch, then hit a few flea markets, and finish up with a grocery run. So we headed to our favorite plate lunch restaurant about forty minutes from where we live. When we arrived, I headed for the bathroom. But it was occupied.

We ordered our food and I heard the occupant leave, so I took my turn, washed my hands, turned the deadbolt. Nothing happened. I turned it again. Nothing. I got a paper towel and tried. Nothing. My phone was in my purse at the table. The bathroom was down a little hall for privacy. So, with no other choice, I banged on the door. Nothing. I banged louder.

A minute or so later, a woman says, “Hello.” 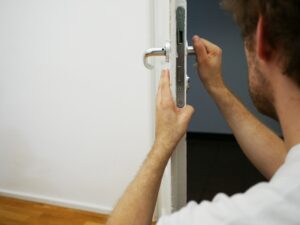 She tries the knob. “You’ve got the deadbolt locked.”

Seconds later, a man says, “I’m gonna try to open it with the key.”

“Okay.” I hear the key, but the lock doesn’t budge.

“Okay, I’ll get a screwdriver.”

A minute later, a screwdriver slides under the door. “I need you to take the screws out.”

“Okay.” The screw turns for a while, but then it feels kind of stripped. So I switch to the other one. The screws are LONG. I finally get one out and go back to the stripped one. “This one’s stripped.”

“Okay, I’ll pull on this side and you push as hard as you can while you unscrew it.”

The screw starts turning again, but it doesn’t seem to be coming out. The man encourages me though, says it’s working on his side. The whole time I’m wondering if my husband knows what’s going on or if he thinks I fell in. Finally, I feel it give. 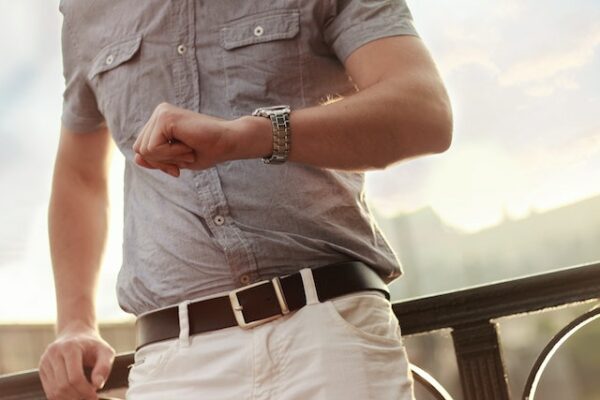 I can see through the hole and his fingers trying to move the lock. It finally clicks and the door opens.

He laughs and points to the woman beside him. “Thank her. She’s the one who came and got me.”

I hug her too. I’m laughing, they’re laughing. He’s apologizing for it happening. I say it’s the most exciting lunch I’ve ever had and go back to our table.

Our waitress is standing there, sees me and says, “Oh, here she is. They got her out.”

His response, “It’s probably her. When things like that happen, it’s always her.”

I’m laughing, Grant’s laughing, she’s laughing. She goes back to the kitchen. Our food is on the table, so we straighten up enough for Grant to pray over our meal. Then he tells me how he heard me banging and saw people scurrying. The waitress had just heard there was someone locked in the bathroom and realized it must be me since I’d been missing a while. So she came out and told Grant I might be locked in the bathroom.

I said, “There’s a book in that.” We started laughing again. So hard I cried. But thankfully not down my leg since I’d already taken care of that. I dabbed my eyes with a napkin. As soon as I did it, I thought, they’re gonna think I’m upset. We pulled ourselves together and enjoyed our food.

A minute or so later, the waitress came over to me. “Are you okay?”

“Oh good. One of the girls said, ‘She’s out there bawling her eyes out.’”

We busted out laughing.

“I laughed so hard I cried.”

About the time we finished our food, I saw the man—my rescuer. He came over and apologized to my husband. I think he must have been the owner or the manager. We assured him we got a good laugh and I mentioned that I write books and this might go in one.

Now in the book, it’ll go something like this. The heroine gets locked in the bathroom and is on the verge of a panic attack because she’s claustrophobic. And the hero will talk her through getting out. When the door opens, she falls into his arms gasping. He holds her until she stops trembling, their eyes lock.

Or he’s a locksmith who owns a hardware store across from the restaurant and she puts a fru fru décor store next to his business. And he loses business because his manly customers don’t want their trucks seen at the fru fru store.

Because fiction is always more dramatic and interesting than real life. Over the years, I’ve used lots of real life mundane and funny episodes in my fiction. 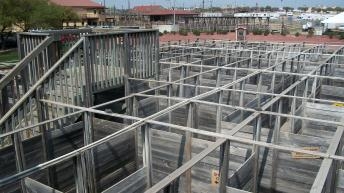 Like the time we went to the Fort Worth Stockyards to research my rodeo series I set there. Our son wanted to go in the Cowtown Cattlepen Maze. He and my husband tackled it first thing. This is a human-sized maze modeled after cattlepens with rubber rats strategically placed. It didn’t take them long. My son wanted me to do it. I walked and turned, and walked and turned, getting more and more lost as I went. Smart aleck signs read, Are you lost? or Haven’t I seen you before? while family members on the observation deck above try to help you out and often get you even more lost.

You have to find punch machines in the shape of each letter of the word maze. It took forever. It seemed like forever anyway. It was hot and there’s no breeze in the maze. I don’t do heat well. I found all the letters and punched my card, but I couldn’t find the exit. I found the entrance 3 times, but not the exit.

As we walked away, I thought, it might have been fun if the weather had been cooler, but as it was, what could be worse? If it was even hotter outside. Or if you got in an argument with your significant other while in the maze and you couldn’t find your way out. In Rodeo Hero, that’s the predicament I put my characters in. The heroine is a new Christian and dating a youth director. He’s a virgin and she has a promiscuous past. Even though he’s falling for her, he’s struggling to forget her past. On their date at the Stockyards, they run into one of her old flings. The argument that ensues erupts in the Cattlepen Maze and they can’t escape each other.

Another funny event happened at the American Christian Fiction Conference. My critique partner’s book was a finalist for an award and we were wearing fancy dresses for the banquet. On the way to our table, Brenda stopped in her tracks with wide eyes. 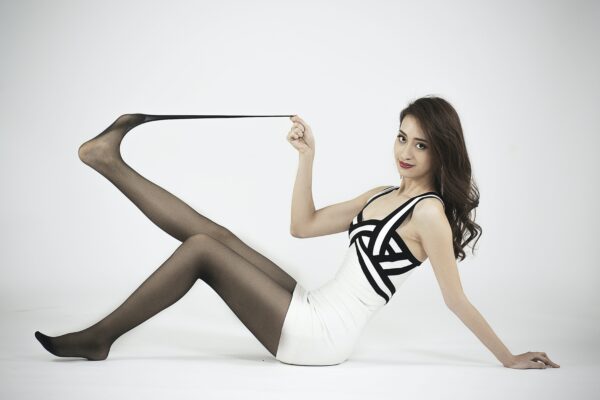 “My hose are slipping down.”

“Can you make it to the table?”

“Just get to the table. Then under the long tablecloth, you can slip them off and I’ll put them in my purse. No one will ever know.”

Because I’m the only one who ever has a purse big enough to conceal things. Amidst a lot of giggling, that’s what we did. And I said, “Dibs.” That’s writer speak, for this is going in my book, not yours. It sounds kind of rude since it happened to her, but it’s okay. Writers know we can be rude when it comes to inspiration, snatching ideas from each other. As long as we agree we don’t both use it, we’re good. I used the pantyhose thing in Rodeo Regrets. My poor heroine is at a wedding and is so distracted by her wardrobe malfunction, she can’t think straight for worrying she won’t be able to dance with the hero.

Have you ever experienced anything that made you think, that should go in a book? Tell us about it and you’ll go in the drawing for a print copy of my Christmas on the beach novella collection with four other authors, Candy Cane Wishes and Saltwater Dreams. U.S. and international. Deadline: Nov 17th.