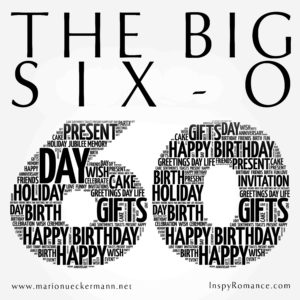 Growing up, I always thought people of sixty were old … really old. Heck, I thought people of forty were old. Then I turned forty, and immigrated to Ireland for 18 months. It seemed like a good idea at the time. Maybe it was my midlife crisis? Anyway, I didn’t feel old at forty. I still felt young – in my mind at least, because the body … well, that had started to develop a few aches and pains.

I’ll never forget how my dear mom used to tell me that her mind still felt twenty-one. I think, by then, she was in her seventies.

And now I can’t believe that on Friday I’ll turn sixty. Sixty!!! I’m a pensioner! I can probably get a few of those special cards some of our stores offer that give you pensioners’ discounts on Wednesdays. Of course, I’ll never be a true pensioner because I think I’ll write until the day I die – or until my mind no longer feels twenty-something. My knees and back telling me sixty is true, but my mind remains stubbornly locked in those glorious twenties.

Fortunately I’m not doing anything as drastic as immigrating to the northern hemisphere for my sixtieth birthday, but hubby and I are taking a somewhat spur of the moment trip to Cape Town. After all, a special day like this needs to be spent with family (at least, that’s how I sold the idea to my hubby), and I can think of nowhere better than in the fairest Cape with my grandkids, son, and daughter-in-law. Hopefully I won’t get stuck there for five months again this time around. 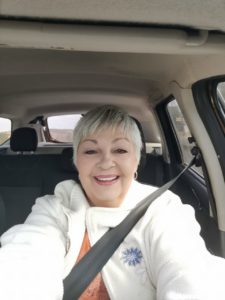 There’s a bonus to this trip as it’ll be a double celebration. My sister is flying down to Cape Town two days before me. It was totally unplanned to coincide our trips, but I couldn’t be happier. You see, she celebrates a milestone birthday four days after me. A decade older, she’s turning seventy. Gosh, even though so much life has happened over the past decade, it feels like yesterday that our hubbies got together and surprised us with a huge party and lunch when I turned fifty and she sixty.

This time, the hubbies have nothing to do with conniving to surprise us. My daughter-in-law and my sister’s daughter are the ones putting their heads together for another special family get together (hopefully on a relaxing wine farm). This time it’ll be a far smaller gathering, and not only because of Covid-19 regulations. Since our last celebrating-a-decade party, our mom and dad are no longer with us, my brother and his wife have immigrated to the UK (as has his youngest daughter and her husband), my sister’s other daughter and her hubby are now living in New Zealand, my oldest brother and his family have moved to the other side of South Africa, and my youngest son is currently in Finland for a season. No longer do we all (or most of us) live within ninety minutes of each other.

That’s the one thing in life besides God that remains constant … change.

I have a few books with characters aged around forty, and two with characters in their sixties (and both are dealing with major changes). In A Time to Laugh, Elizabeth Dunham is faced with a late life pregnancy, and in A Time to Push Daisies, the third and last book in the same series, Elizabeth’s best friend and neighbor, JoAnn Stanson is learning to live life as a widow. This is one of my favorite books and I guess that of readers, too, as it took first place in the Inspirational Novel category of the Oklahoma Romance Writers IDA contest last year. 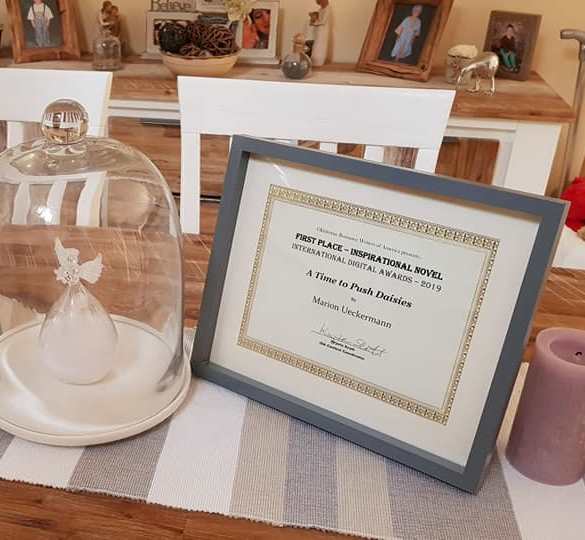 Both these sixty-something ladies are young at heart, so I guess there’s a little of me in them. Elizabeth embraces motherhood for the first time, and JoAnn takes a luxury cruise for her sixty-fifth birthday (although a little reluctantly at first). Someone told me recently that sixty is the new forty. I think I believe them (my knees and back don’t). 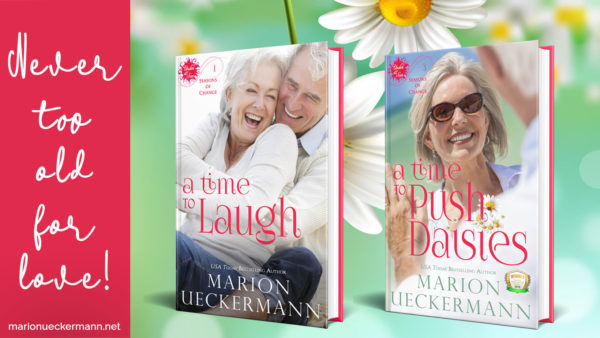 My good friend, Autumn Macarthur, also has two books with much older characters. In their eighties,  Isabella Rossi and Giovanni Bartolini from Innamorata are by no means old. How could they be when they enjoy seeing the Tuscan countryside from a motorbike and sidecar?

Adore Me, the ninth book in the Chapel Cove Romances series, will release soon with it’s sixty-one-year old heroine, Paula, and seventy-two-year-old hero, Richard. I’m looking forward to reading their story. Autumn has kindly allowed me to share the cover of her soon-to-release book with you. 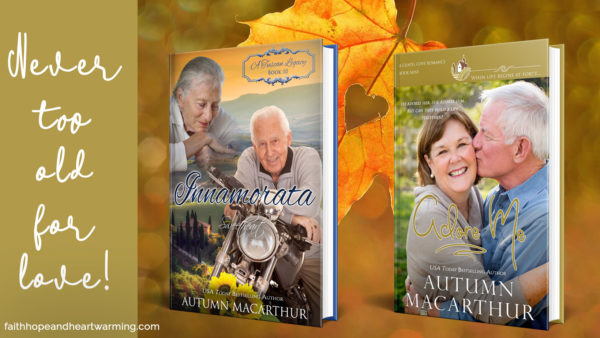 To celebrate my upcoming birthday, I’m giving away an e-copy of A Time to Laugh and A Time to Push Daisies to two readers who comment.

Do you love books with older characters? Why not tell us about your favorite book with an over-sixty character?