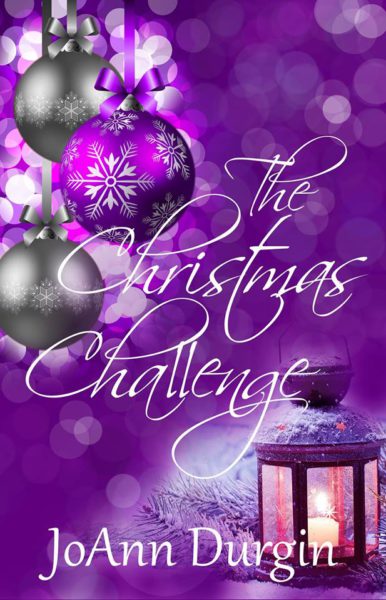 Hello readers! Shortly after the release of By Grace Draw Near, Book 3 of my Wondrous Love Series, I woke up to the fact that I really missed not writing a Christmas story this year. I like challenges, and so, The Christmas Challenge was born! In reality, I’ve had the cover for this story for a year or more, although I had no idea of the story line, characters, setting. Nothing. What I did know was that I wanted it to be a stand-alone book. Well, that notion always has the possibility to be modified in my books–meaning I often expand on those stand-alone books and make them into a series. I tend to write secondary/supporting characters who seem to be poised and waiting in the wings for their own stories to be told, and this book is no exception. So, stay tuned…

Also like in several of my books, The Christmas Challenge has the added bonus (at least I hope readers find it to be such) of fun *sightings* of characters from other series. Rest assured, this book is no different, including a character a few readers have mentioned they’d like to see again. However, I think this particular character will be a surprise for (I believe) everyone. You know, as in “I wondered whatever happened to…?” I needed to be careful, too, because of the timelines of the different series. Although important in a previous book, this is a character I never planned to give a separate story. However, there is also another character who pops up more than once in The Christmas Challenge and is, admittedly, a personal favorite, and (I hope) guaranteed to give you a smile.

If you’ve read many of my books, you might be aware I tend to write about that first blush of love when a couple discovers one another in the beginning pages of their story. This is the first book since Second Time Around, Book 2 of The Lewis Legacy Series, where I have a couple separated due to circumstances or various reasons. That book was about a married couple. But in The Christmas Challenge. . .it’s a different scenario. I think there’s something so rewarding about how the Lord works in hearts, especially during the Christmas season. Here’s the back cover blurb to give you a better idea: 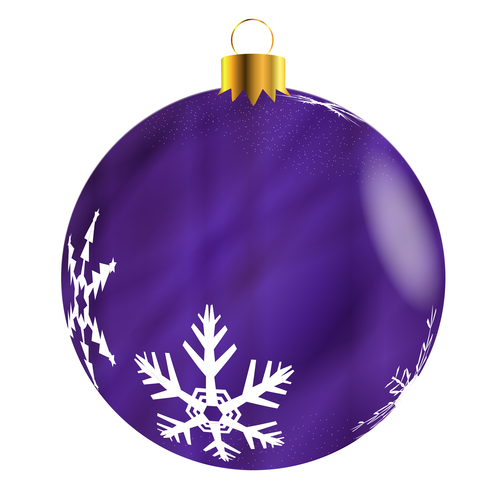 Serendipity: finding something valuable or delightful when you’re not looking for it and least expect it.

Donovan Harper and Claire Morgan are more successful as co-owners of a thriving advertising agency in quaint Serendipity, Pennsylvania, than they were at navigating their romantic relationship.

When an eccentric client makes an unusual request, Donovan convinces Claire their agency should participate in Serendipity’s annual Christmas Challenge. With contests and activities ranging from The Snowflake Plunge, candy cane making, snowman building, wreath and tree decorating, and a snowmobile race, could this be the opportunity Donovan has prayed for to win back the love of his life?

Join the holiday fun with Claire and Donovan in a story celebrating love, faith, family, small-town charm, and the true miracles of the Christmas season. 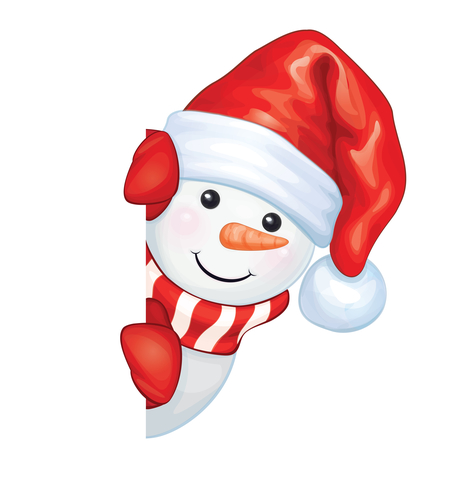 As much as any book I’ve written, it’s difficult to give you an excerpt without giving away too much. Here are a couple of excerpts, one in Donovan’s point of view, and one from Claire’s, from the first two chapters, that will give you insights into the motivation of both of my hero and heroine.

Wham! Donovan Harper reared back. Nothing like getting whacked in the head by a little green rubber ball to wake him up. That was twice now in the span of twenty minutes. Or was it three times? He’d lost track.

“What’s with you today, Harp? Your head’s definitely not in this game.” Nick Randall lightly swatted Donovan’s arm with his racquet.

“Brilliant deduction.” Donovan frowned. “Don’t know how you figured that one out.”

“And, may I say, your sarcasm quotient is off-the-charts. Everything okay there, bud?”

“Sorry.” Donovan swiped a forearm over his brow. “I think my head’s the only part of me in this game. At least I gave you enough competition to work up a decent sweat.”

“Yeah, well, I probably could have played solo with the wall and done that much. What’s got you so preoccupied?”

Nick chuckled. “I should have known. That’s nothing new. Matter of fact, when you’re irritated with Claire, you usually swat the ball harder and are more of a competitor.”

“Ah, gotcha. How about let’s play our last game for the match—winner take all—and then grab something at the juice bar? We can talk about it if you want.”

“Sure, loser.” Donovan adjusted his goggles and prepared to serve as Nick positioned himself on the court. He needed to get his brain back in this game if he wanted to win, but he had a sneaking suspicion it might be a lost cause. Competition was normally his middle name, but for once, he didn’t care.

Turns out, he really didn’t care and lost every single stinking point. Game over. The best thing was it shortened their time on the racquetball court and abbreviated his eventual humiliation.

“Hey, you gave it your best shot,” Nick teased as they walked toward the locker room.

“I did not, and you know it. Thanks for trying to make me feel better, but my best shot would have whooped you.” Donovan had barely soaked his workout clothes. Pitiful.

“All I’m saying is, if obsessing about Claire helps me win, then you go ahead and think about your ex-girlfriend all you want.” With a wry grin, Nick worked the combination and then flung open the door of his locker.

“It’s not obsessing,” Donovan mumbled as he tugged off his glove and tossed it inside the locker, followed by his goggles. “Just some serious. . .contemplation.” Shoving the door closed with more force than necessary, he snatched a towel and headed for the showers. 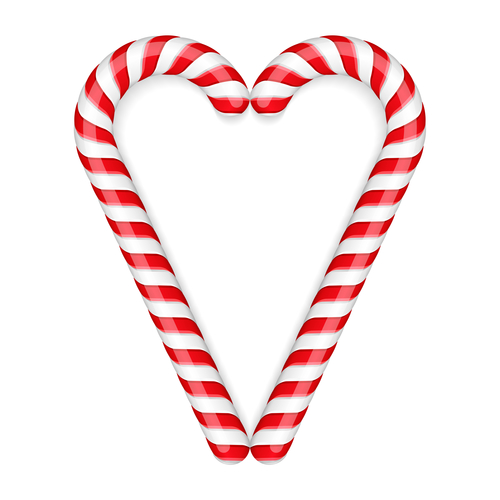 Meanwhile, back at the HarperMorgan advertising agency office:

Claire’s cell phone rang. She was inclined not to answer since a few pesky telemarketers had recently gotten hold of her number. When it stopped ringing but then started up again, she stopped typing. Might as well check. Retrieving her purse from beneath the desk, she dug out her cell phone.

The Hanson Group. She inhaled a quick breath and her pulse thrummed. Why would someone from one of the most prestigious advertising agencies in Philadelphia be calling her? She jumped when it rang again.

“Claire Morgan.” Sitting back in her chair, she removed her glasses and closed her eyes, hoping she could keep her voice even.

“Hi, Claire. This is Frank Hanson.”

“Yes, Mr. Hanson. How are you, sir?” Her eyes flew open and her heart began to pump harder. Frank Hanson was a legend in Philly advertising circles. The only personal contact she’d had with the man was when she’d pitched a campaign early on in her career. The Hanson Group, a competing agency, ultimately won the client and the campaign, but Frank later sent her a handwritten note commending her work and unique concept. He’d called her “a bright and shining star.” A girl could hardly forget high praise like that from a well-respected expert, and she’d kept his note. Occasionally, during rare moments of professional discouragement, she’d pull out Frank’s note and read it again.

Claire quickly crossed her office to close the door. Her instincts told her this was a conversation she wouldn’t want an employee passing by in the hallway to overhear.

“I’ve been watching your progress the past few years, especially starting your business in Serendipity,” he said. “That was a smart move. You and Donovan have done very well, gained visibility in a tight, competitive market, and you’ve established a reliable brand and reputation.”

“Thank you, Mr. Hanson. I appreciate that.”

“Call me Frank, please. I’ll get straight to the point. Claire, I’d like to offer you a position as Creative Director here at The Hanson Group. Being the end of the year, this is when I like to clean house and bring new people into my agency. Professionals who have a proven track record of getting the job done successfully.”

Claire had almost hyperventilated at the first part of that statement and then practically choked when Frank quoted her a salary above and beyond what she’d make in two years at HarperMorgan, maybe even three years. Had she heard the man wrong?

Now, for the big news: This book will release no later than this Saturday, December 3rd, which happens to be my birthday. I’ll be celebrating in Louisville, Kentucky, with dinner and a Christmas concert by for King & Country and Lauren Daigle, but with thankfulness for the Lord gracing me with another year to tell more stories, I’m doing something I’ve never done before with my indie books. I’ll be offering this book for a very limited introductory time for only 99 cents on Amazon Kindle! This is  also a short novel and not a novella. It will also be available on Kindle Unlimited!

Up next for me in late December is Pursuit, Book 8 in The Lewis Legacy Series, with my NASA Commander Will Lewis! Enjoy the beginning of this glorious holiday season, my friends. I’ve been doing something fun on my personal page on Facebook since the day after Thanksgiving–sharing some of my favorite Christmas songs (with videos). If you’d like, send me a friend request and/or come join the fun!