Here’s one of my favorite Christmas memories, almost 40 years ago and I still remember it vividly. I’d just turned 10 and I was very excited to be spending Christmas at my grandparents’ house. As the oldest grandchild, I’d get to sleep on the living room couch. I would fall asleep looking at the beautiful Christmas tree and out the big picture window and the mountain beyond. I hope you enjoy this journey back on my own memory lane:

The Christmas of Candle Glow

We never had “silent nights” during Christmas at my grandparents’ house in South Hadley , Mass. Gagnons always celebrate large and loud—just like our French Canadian family. Lights blazed in every room (occupied or not). The Christmas tree sparkled in front of the picture window with its view of snow-covered Mt. Tom beyond. 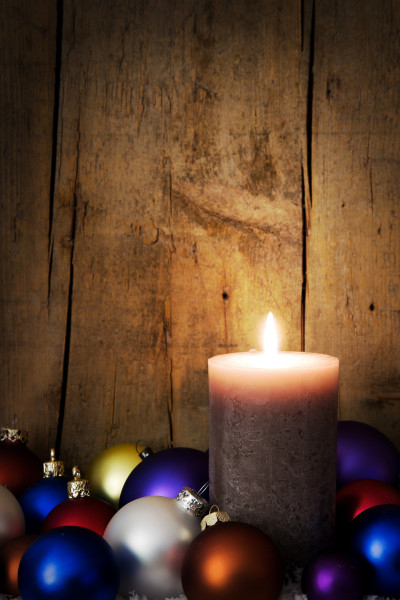 One fateful Christmas night, someone cranked up the hi-fi stereo until it blasted out Christmas tunes. Then a helpful someone turned on the dishwasher.

We were plunged into darkness and silence. Grandpa Armand ranted and went to find some fuses.

Someone else rummaged for candles, and soon a soft glow filled the living room. Then we began to sing Christmas carols.

“Let’s pass a candle around,” one of the great-aunts said. “Whoever holds the candle has to start a new song!”

The house grew warmer as we sang. Everyone took a turn to lead a song and hold the special candle. My grandfather and one of my uncles worked on the fuses, but the delay didn’t concern the singers. Without a lit tree and without recorded music, the spirit of the season united us.

One photo remains from that night. My great-grandmother Pearl Majeau-Gagnon-Ringuette-Misek had buried three husbands in her lifetime, yet she still found it a merry Christmas. She held the candlestick in one hand, the other hand raised in song. Her mouth formed an “O” as she sang.

We were disappointed when the lights came back on.

Death, divorce, and distance have touched our family through the years. The old house on Parkview Drive was sold in the 80s. Time spread us farther apart, from Massachusetts , to Texas and California and other states in between. We’ve never been together that way since, but I will always hold the memories of Christmas ’77 on Parkview Drive close to my heart.

Electric lights and extra trimmings and digital music don’t make Christmas special. Take those away and what do you have? The silence of candle glow, the simplicity of voices singing age-old carols. An imperfect family, celebrating the joy of the season in a perfect way.

I’m married with my own family now. Each Christmas Eve we light a candle and fill the house with friends. We celebrate the Light that came into the world long ago. We make memories that will not fade, just like the Christmas when the lights went out.