(Carol here – time to throw myself on the mercy of Kristen and the lovely IR readers. Kristen sent this to me over the weekend and, well, I didn’t get it posted. But here it is! And as part of my mea culpa, I’m going to give away a copy of one of Kristen’s books to a lucky commenter! Any of her current or upcoming releases – or a back list that is still in print (back list may only be available as e-copies). I’m headed back to edit land (and trying not to cry over spilt mil… er, late posts) but I’ll be back to check in later!)

Spend the End of Summer on the Beach (with a Special Pre-Order Sale for InspyRomance Readers!) 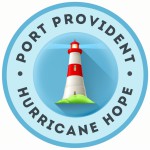 When I first created the town of Port Provident for my debut book Saving Gracie, I wanted to create a fictional community that looked like the community I lived in a few years ago—Galveston, Texas. I sought to bring to life characters of different backgrounds, ethnicities, careers, and places in their faith journey. And of course, I set it in Texas because I love the Lone Star State and on an island—because after five years of island life myself, I have to say it’s a pretty great way to live. And oh…the story possibilities! There are always new people on an island—whether tourists or new residents—and there’s always something to celebrate or take part in. 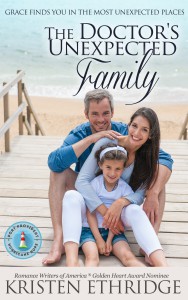 And of course, there are hurricanes. We saw our fair share of tropical storms and Category One hurricanes…and then came Hurricane Ike in 2008. When I wrote my most recent book, Second Chance Sweethearts, I set Rigo and Gloria’s reunion romance among the harsh reality of a hurricane. What better way to get to a point where all your barriers are broken down than to live through one of nature’s most all-consuming forces?

But when I came to “The End” on Rigo and Gloria’s story, I knew that wasn’t the end of Hurricane Hope for Port Provident, and that’s how the entire Port Provident: Hurricane Hope series was born. Next up is The Doctor’s Unexpected Family. You’ll get to follow Gloria’s boss Dr. Pete Shipley and another character from earlier Port Provident books, City Councilwoman Angela Ruiz as they work together to create both a grassroots organization to provide supplies and medical care to the community—and along the way they find a family they didn’t expect.

In October, come back to the island for His Texas Princess and come celebrate Christmas on the beach with Holiday of Hope. 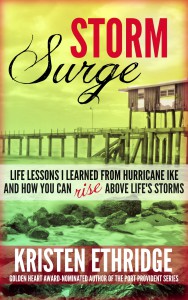 I’m so excited about this series, not only because I’m going to be following the town of Port Provident through their recovery from Hurricane Hope, but because I’m also sharing my own personal story as part of it. In the wake of Hurricane Ike, I started a non-fiction book on the life lessons I learned from Hurricane Ike. Called Storm Surge: Life Lessons I Learned from Hurricane Ike and How You Can Rise Above Life’s Storms, it is my first non-fiction book and it will release on September 13, the seventh anniversary of Hurricane Ike. I wrote this memoir with a Christian living twist because I knew that not everyone goes through a hurricane in their life, but we all go through storms. And it is how we weather them that shapes our lives.

And the best part is that I want to share this series that’s so close to my heart with you, the InspyRomance blog community. The next book in the series, The Doctor’s Unexpected Family, releases on August 1. But through the end of July, you can pick up a copy for your Kindle at a special pre-order price of 99 cents! (And in August, you’ll be able to preorder Storm Surge in advance of its September release!)

I hope you’ll spend the end of the summer on the beach in Port Provident with me and The Doctor’s Unexpected Family! 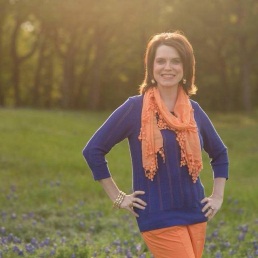 The writing bug bit Kristen Ethridge around the time she first held a pencil. A 2012 Romance Writers of America Golden Heart Award Finalist, Kristen was offered her first contract to Harlequin’s Love Inspired line through their So You Think You Can Write contest that same year.

Kristen writes contemporary inspirational romance filled with love, laughter, and happily ever after and firmly believes that the best happily ever after is the story of God’s love. Although she has fun creating characters, Kristen’s favorite people are her family. She lives in Texas with her husband, children and a self-important poodle.

GRACE FINDS YOU IN THE MOST UNEXPECTED PLACES…

Dr. Pete Shipley is on a mission to save lives and he’s ready to move to another corner of the world where his skills are needed. City Councilwoman Angela Ruiz is a single parent fighting to save her hometown after Hurricane Hope tears through Port Provident, leaving destruction across the community she has sworn to serve. Together, they team up to found The Grace Space, a Christian-based community gathering spot in the heart of Angela’s district, where residents can get food, household goods, and basic medical care while Port Provident rebuilds after the storm.

When Pete’s appointment to an international medical mission comes, will the doctor follow his lifelong dream and leave Port Provident, The Grace Space, and Angela and her daughter—or will he stay with the family he didn’t expect to love and realize he can change the world without leaving home?