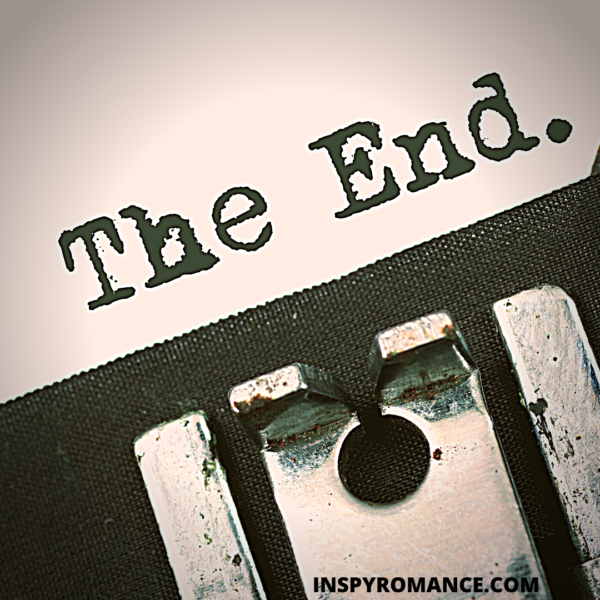 Those two little words have so much meaning, so much power.

They carry weight, especially for a writer. There’s nothing quite like the thrill of typing The End on the final page of a manuscript.

The End, though, is never really the end. The End is where the hard work starts. For a writer, that’s when the critical reading, correcting, and editing starts. That’s when we dig in, look for plot holes, make sure we’ve flushed out our characters fully, and try to find everything we did wrong so that we can make it right. The End is only a pause in the blood, sweat, and tears of our passion and our craft.

It seems to me that the same is true in life. We have many The End moments in this life.

We learn a lot from our endings. #theend

Each ending in Joseph’s life was directed by God. Each ending taught Joseph something and carried him further along the path God had ordained for him. Without those many endings, Joseph would not have been in a position to provide grain to his brothers, let alone to bring his entire family into Egypt under his protection.

Here’s another one of Joseph’s stories: Joseph was cut off and isolated form his family…until God said The End. 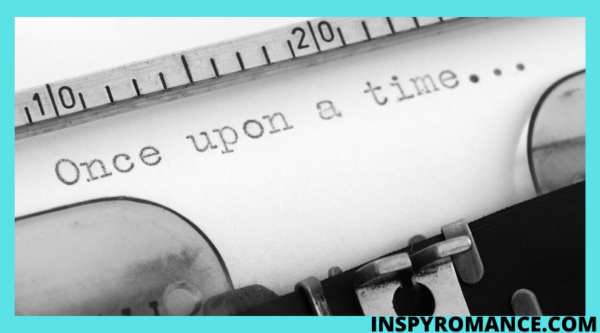 Joseph’s life is a good reminder to all of us. Every time God says The End in our lives, He has already started on our next story. The End, in other words, is also Once upon a time…

When we seek and serve God, when we walk in His will, we can be assured that He knows exactly when to type The End. (He knows when to type The End even when we’re not walking in His will. We might lack that assurance, though, to recognize it.) Whether God is moving us into a different ministry, job, home state, or something else entirely, God never ends something just to leave us hanging. He doesn’t have to go back and fix plot holes in our lives. He doesn’t need to edit out the typos or fragments.

God writes the most beautiful stories, and his first drafts are always golden, perfect just the way they are. We may not always be able to see that. We may occasionally need a little distance or perspective before we can understand the character arc that we are undergoing at His hands. 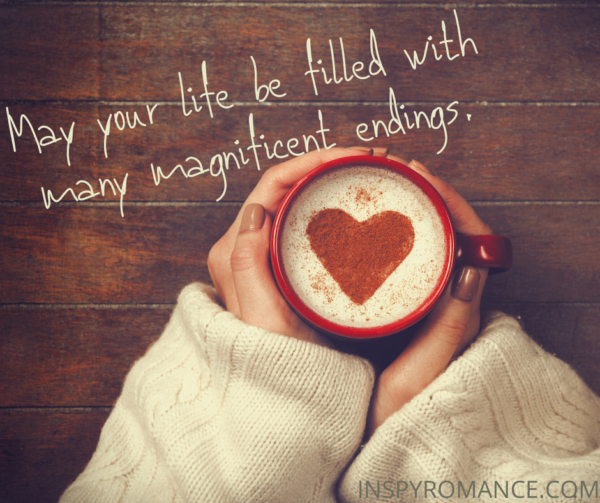 Even when we can’t see it, though, we can trust. We can know that God’s way is the right way and that every story He tells has a satisfying ending that always leads to a new beginning.

If I were sitting face-to-face with you, this is the point where I’d pick up my coffee mug and clink it against your cup or glass, and I would offer up a toast.

May your life be filled with many magnificent endings. To God be the glory. Cheers.

May your life be filled with many magnificent endings.

Comment below and tell me about an ending in your life that led to a book-worthy beginning for you. One commenter will be randomly selected to receive a $5 Amazon gift card.