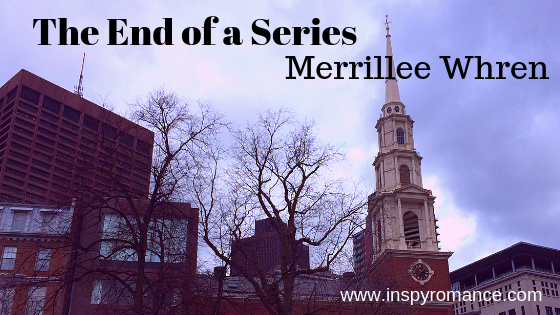 Writing a blog post can sometimes be challenging, almost as challenging as writing a book, at least for me. This post has had three different titles, because I wasn’t sure how to categorize what I planned to write about. Since I’m winding up a series of books, I thought the title I chose might cover it all.

I’m working on the last book in my Front Porch Promises series, A PLACE TO FIND LOVE. It’s kind of sad to think about ending the series, but I think it’s time.

I didn’t actually start out to write a series. The first book, A PLACE TO CALL HOME, was my Romance Writers of American Golden Heart winner way back in 2003. I never sold that book to a publisher. I thought maybe it would never get published until indie publishing came along. When I found myself between contracts with Harlequin Love Inspired, I decided to indie publish this book. Ten years after my Golden Heart win, A PLACE TO CALL HOME, came out as an ebook and a couple of months later as a paperback. It was a real learning experience, one I wanted repeat. I had ideas for three books that I had previously proposed to Love Inspired, but my editor and I could never come to an agreement on the stories, so I put those stories on the back burner of my mind and thought of a new series for Love Inspired. Three years later, after I had completed my new contract with Love Inspired, I published the second book in the Front Porch Promises series, A LOVE TO CALL MINE.

Before I wrote that second book, I had to figure out how to connect that book with A PLACE TO CALL HOME. First, there was the title. I wanted the titles to have the same rhythm and number of words, so they would sound connected. I needed covers that were connected in some way. Since the first book had a front porch on the cover, I decided to put front porches on all the covers. Thus the Front Porch Promises series was born. So I had connections with the title, connections with the covers, but I still needed a connection with the stories. Happily, I realized that the two books were both set in Massachusetts, the connection I needed.

I wrote the series much the same as I write my books, by the seat of my pants. I have ideas, but I’m never quite sure where they are going until I write them. It’s an adventure. I hope you’ll join me by reading the books in this series. The first three books in the series are set in Massachusetts. 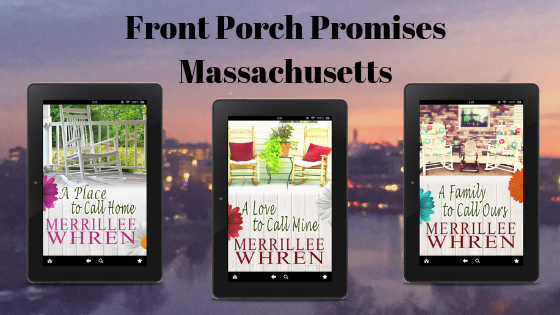 The last three books are set in Tennessee. How did the series jump from Massachusetts to Tennessee? The heroine of book 4, A SONG TO CALL OURS, Amanda, is a secondary character in books 2 and 3. In book 4 she makes her way from Boston, where she’s been going to music school, to Tennessee, where she hopes to make it as a singer and songwriter in Nashville. Her dreams take a little detour when her car breaks down in Pineydale, Tennessee. 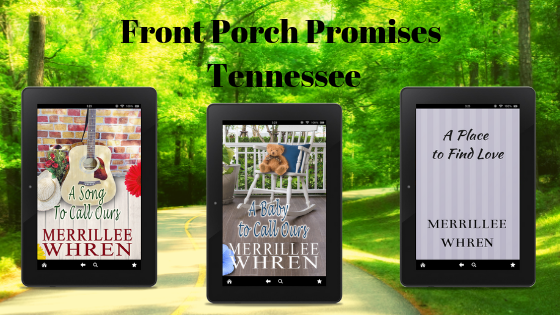 You see that book 6, A PLACE TO FIND LOVE, only has a dummy cover. I have yet to talk to my cover designer about that cover, but it will definitely have a front porch. I think the last book will be the most difficult to write because I need to wrap up the whole series into a nice, neat package with this one story. Of course, the story will center on the romance between Jeremy, little brother of Jimmy, who is the hero in book 5, A BABY TO CALL OURS, and Whitney, who is the bad girl in books 4 and 5.

How can I possibly redeem her?

The reader gets a sense of Whitney’s less-than-stellar character in book 4, A SONG TO CALL OURS, even though she is never on stage, only talked about. She makes her appearance in book 5, and she isn’t very likable. Will the reader warm up to her in book 6, A PLACE TO FIND LOVE? 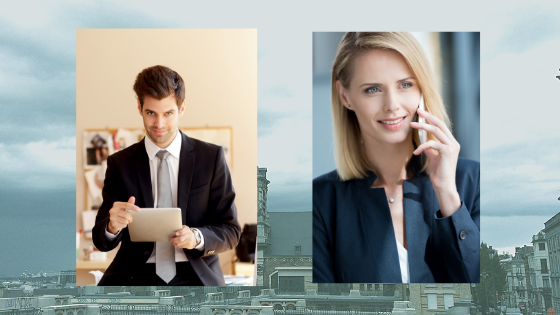 Meet Jeremy and Whitney. Can you guess that this might be an office romance? This office romance takes my characters on a whirlwind trip to Germany, Belgium, and The Netherlands. Whitney has worked as a translator and has traveled abroad extensively, but Jeremy is a small town boy who has barely been out of the state of Tennessee. What will happen when Whitney takes him under her wing?

I hope you enjoyed learning a little of the background for my Front Porch Promises books. This series has six books. Do you usually read all the books in a series?

I’ll be giving away an ebook copy of the first book in the series, A PLACE TO CALL HOME, to one person who leaves a comment. I will draw the winning name on July 12, 2019 at 9PM MST.