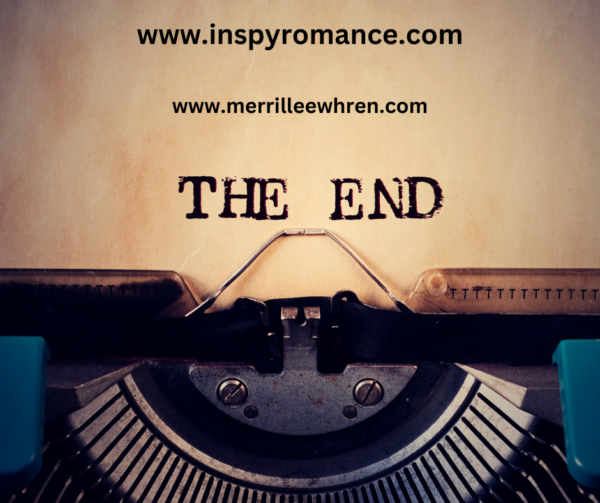 As we come to the end of another year, I’m thinking about the ending for romances. I don’t type “The End” when I finish one of my novels. I know it’s the end, but is it a good ending, the kind of ending that will make me cry or a least give a heartfelt sigh? When I read a romance, I want the author to touch my emotions, and that’s the way I want to write and touch my readers. As the writer, I’m never sure whether I’ve actually accomplished that unless a reader tells me.

As a reader, I never read the ending first. With a romance, we know there is always a happy ending. That’s the reason I read and write romance. I love happy endings.

Here’s one of my happy endings. I don’t know that it will make you sigh or bring a lump to your throat because you really have to read the whole book for that to happen. I thought I’d share it with you anyway. This comes from A Love to Call Mine, the third book in my Front Porch Promises series.

Max squirmed in his seat. This was not going well. Was she going to send him packing? He couldn’t blame her. She’d seen the worst of him, and yet she’d loved him. But he had pushed that love away. He looked down at the floor, afraid to see her closed expression. “I’m sorry I let my fears about the future steer me in the wrong direction. I thought I was sparing you all the things that might go awry.”

“Do you think just because you removed me from your life that I wasn’t going to think about you, worry about you, pray for you?” Anger simmered just beneath the surface of her calmly stated question.

“I know I don’t deserve a second chance, but I’m asking for one.” He looked up at her, ready to face her anger. “My life isn’t ever going to be exactly what it was before, but there’s one thing I don’t want to change—your presence in it. Can you forgive me for the wrongheaded decision I made? I promise I won’t do that again.”

She let out a half laugh, half cry. “You expect me to believe you won’t ever make any wrongheaded decisions again?”

He deserved her incredulity. Letting out a heavy sigh, he sank back against the sofa. “I didn’t mean I won’t ever make another bad decision. I’m just saying I won’t push you away again. That’s a promise.”

“I still haven’t heard what I need to hear.”

Max searched his brain. He’d apologized. He’d promised not to push her away. He’d asked for forgiveness. What else could there be? Realization hit him. He smiled wryly as he stood and stepped toward her. “You’re right. I forgot one very important thing.” He gently unfolded her arms, thankful she didn’t resist. He put his arms around her waist. “I love you, Heather Watson. You’re the most important person in my life, and I want you to stay there. I don’t know what’s going to happen in the future, but I want you to be there with me when I face whatever I have to face. Can we start over?”

“I love you, too.” Tears sparkled in her eyes as she nodded.

“Thank you for giving me another chance. I promise you won’t be sorry. I love you more than words can say.”

She looked up at him. “Are you allowed to kiss me?”

“Allowed or not allowed. It doesn’t matter. I’m going to kiss you.” He pulled her closer. Their lips met as she melted into his arms. He would fight to keep his promises and make her happy. No matter what the future brought, he had found the love of his life and his happy ending.

Here are all the books in the Front Porch Promises series. 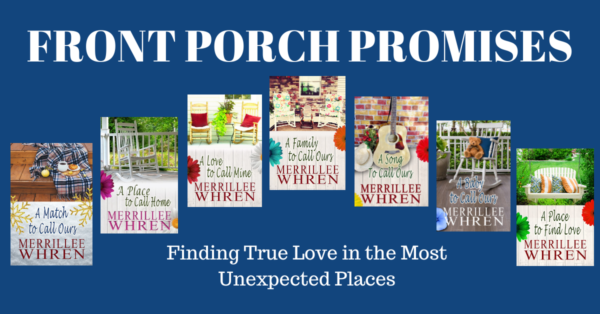 I’m excited to announce that these books are now available in audio book form. If you are into audio books, I hope you will give these a try and let me know what you think of the narration. You can find them here at this link.

Do you like audio books, and do you ever read the ending first?

I will give away an ebook copy of the first book in the Front Porch Promises series, A Match to Call Ours.