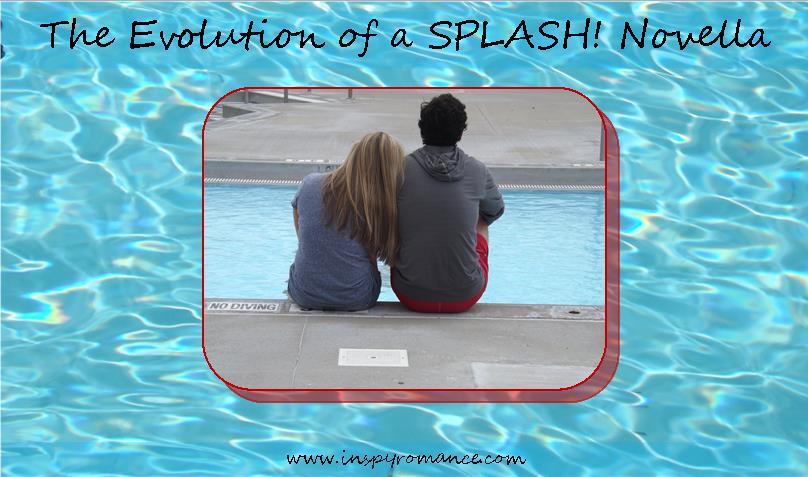 As most of you have heard, some of us are part of the SPLASH! novella collection releasing in just a couple weeks! I was so excited to be among those asked to be a part of it!

The only real requirement was that it involve water. If you read through the descriptions, you’ll see there’s a river in Africa, a lake, beach, all sorts of water related goings-on!

The harder I tried to figure out how to set a story on a nearby lake, the more I wasn’t coming up with anything. But then…

One of my kids asked a question about swim team. And it hit me.

(Are you ready for my epiphany?!) 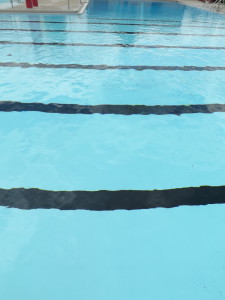 If you’re a follower on my Facebook page, you know the local town pool is my home-away-from-home during the summer (it’s Thursday night…I’ve spent at least fifteen hours there this week – and it’s been a slow week). So why didn’t I think of it earlier? Who knows!!! Now that I had…

The Serenity Landing Aquatic Center is an already established location. It appears in Falling for Mr. Write and is mentioned in Finally Mr. Write (and will play a part in some of the books already written that are set in Serenity Landing).

So… Pool. How to send the characters to a pool and why would two single, kidless teachers be hanging out at the city pool (because at the time, I thought it would be about Samantha and Vince* from Good Enough for a Princess). Yeah. Not working.

Then one of my kids mentioned a favorite lifeguard. Another ton of bricks hit.

And, with that, it all fell into place.

In Finally Mr. Write, there’s a nanny named Alivia, who is also a lifeguard. A year or so after the events of Finally Mr. Write, Alivia is set to resume her duties as a lifeguard for the summer. And guess who she meets at the very first meeting of the year. Yep. Cute, new, boy lifeguard CJ Kenton. And her best friend/boss is doing her best to set them up.

But I needed to know what goes on behind the scenes at the pool.

That’s where being actively involved in your kids’ swim team comes in handy! 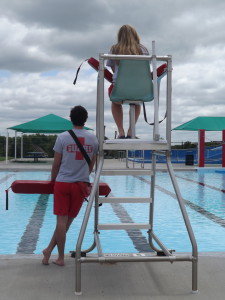 Though ultimately not chosen, this picture didn’t have a prayer of working without water in the pool!

A few texts later, I had a lunch date with the real Alivia. We spent a couple hours going over how stuff works and some of the emergencies they’ve experienced since she’s worked there (one of them made it in this novella). I’d write a bit, send it to her for approval. Write some more, send it off. Went out for lunch again to clarify a few more things (and possibly an excuse to have fabulous BBQ again). And soon, a whole novella was written!

Then it was time to look for a cover. It’s not easy to find stock photos of lifeguards that are:

A. Appropriate (while lifeguard suits are perfectly appropriate for a hot summer day poolside or on the beach, notsomuch for the book cover of an inspirational romance)
B. At an outdoor town pool
C. Not just wrong on some level or other

So…another text. And a promise that I could take pics of Alivia and another guard friend for the cover. But the water wouldn’t be in the pool for about another month. You can’t really take pics of lifeguards at a pool with no water. It just doesn’t work!

A couple weeks ago, there was finally water, so Alivia and another guard friend, Adam, met me at the pool one day, and we spent about an hour taking pictures. It was super chilly, but they were troopers! And I got some great shots.

The one I promised wouldn’t be on the cover? Uh…oops ;). 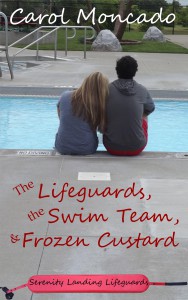 The character Alivia and my friend Alivia aren’t the same person, though they do look a lot alike. Originally, the part was just supposed to be a two line, sort of throwaway character but a hat tip to an awesome friend. In the end, the character was perfect to grow into something more than that. In this one, some of our other guard friends saw their names pop up – and they just might end up with a story of their own before too long.

In honor of the upcoming release of The Lifeguards, the Swim Team, and Frozen Custard, I’m giving one lucky commenter an ecopy of their choice of any of my books, including the SPLASH! collection once it realases! To enter, let me know…

What is the one question you’ve wished you could ask an author about the creation process, but have never had the chance?

*Look for Samantha and Vince’s story later this year!