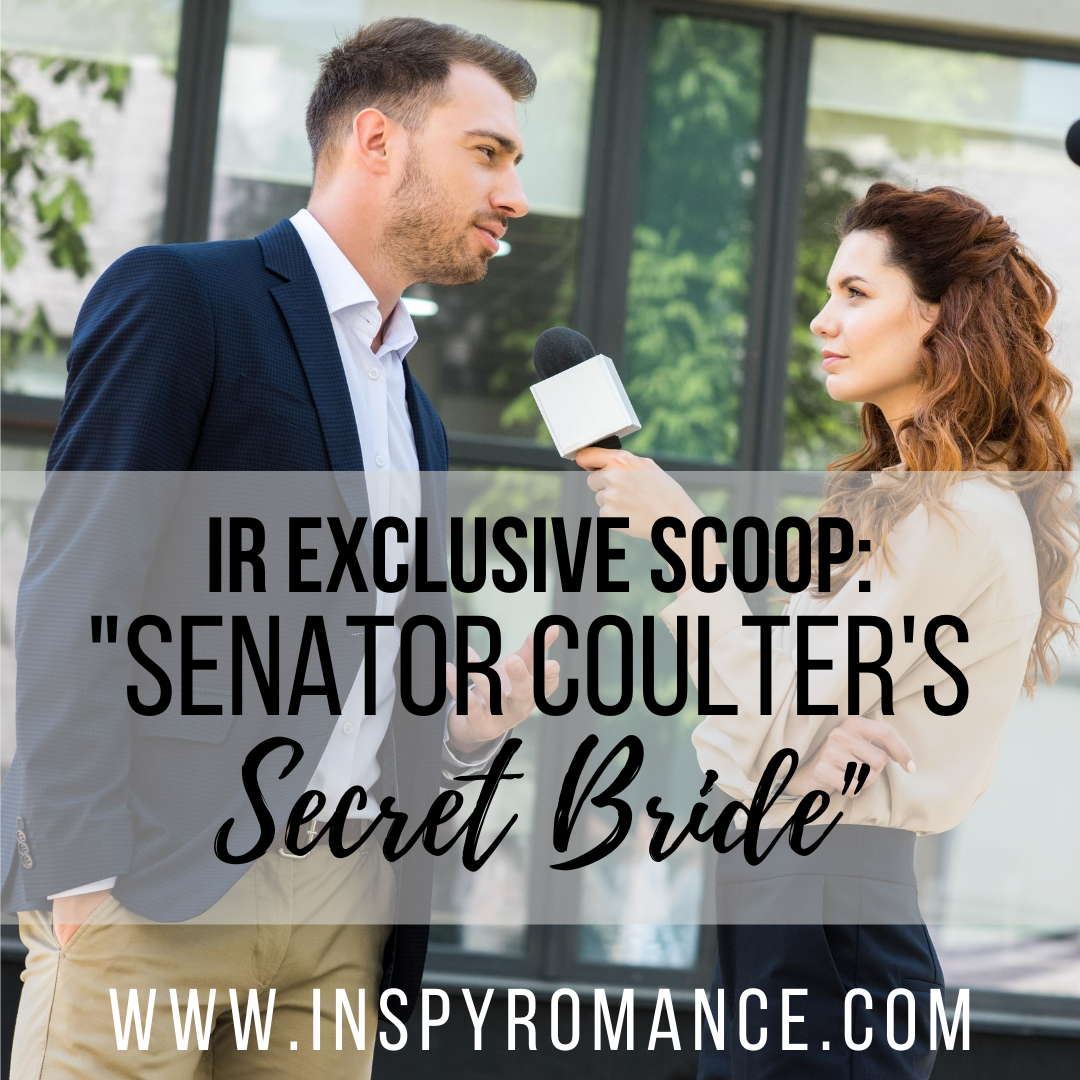 Hello! It’s Tara here at the Indiana Christian Leadership Network. Tonight, my guest is none other than the young, handsome bachelor taking the Indiana political scene by storm – Harrison Coulter.

Thank you so much for coming tonight and talking with me tonight.

Tara: Viewers, if you don’t know Harrison, you haven’t been paying attention. Just 33 years old, Harrison is one of the youngest senators in the Indiana Senate and has made quite the name for himself as someone who makes things happen! Now Harrison, I understand you’ve been in politics for only a few years now, tell us about that.

Harrison: That’s right. After I became a lawyer, I figured I would fight for justice in the courtroom. But I joined the city council in Terre Haute and then became a state senator for my district. It was never something I aspired to, but God definitely called me into this role. And He has seen me through every step. Including the ones most people view as crazy.

Tara: That’s wonderful. There is such a need for godly men to take on the mantle of leadership. Tell me about your family, Harrison. Of course, we are all familiar with your grandfather.

Harrison: My grandfather is one of my biggest inspirations. He served Indiana faithfully as governor for many years and I hope to make him proud. My parents, Reggie and Marilyn, are wonderful and still live near where we grew up. My brother Easton… Well, he moved out of state a few years back.

Tara: Now, you are going to make me ask, aren’t you? Rumor has it that you were recently married?

Tara: Wow! Who is this woman and why haven’t we seen the two of you together until now? You don’t look thrilled that I’m bringing it up, to be honest.

Harrison: *Flashes a big smile* Well, Tara, a gentleman never kisses and tells, you know. Poppy and I reconnected last fall at a banquet for the Indiana Organic and Sustainable Farming Association. She runs the operations at Bloom’s Farm near Terre Haute and is quite passionate about it. Anyway, that meeting really rekindled a lot of old feelings and we decided to take the leap!

We’ve been keeping it pretty quiet, just enjoying our first few months of marriage without any intrusions. Plus, there have been some personal matters to take care of as well, which is another reason we waited. I knew as soon as it was public, we’d be asked for interviews and have lots of events to attend together. We weren’t quite ready for that.

Tara: Well, I imagine the former “Most eligible bachelor in Indiana” is bound to take some heat when he finally settles down!

Harrison: *cringes* Yes, well… I’m taken. See? *Holds up his left hand and points to the ring* Now if only my ex-girlfriend Stacey could remember that. Sorry, ignore that comment. I just mean to say, Poppy and I are in this for the long haul.

Tara: So, you’re telling me that you and Poppy had a whirlwind romance and decided to take the leap into marriage? That is definitely romantic… But I have to ask (I’m a reporter after all) Are you sure this wouldn’t have something to do with rumors in the capital that you are considering a run for governor?

Harrison: Well, Tara, I uh…I can’t comment at this point about any future plans. I’m focused on the current session of the state senate and all that we hope to accomplish there. All I will say is that if God calls me to run for governor of Indiana, I’ll be lucky to have Poppy by my side. She’s strong and smart and I’m thrilled that our long friendship has transitioned into a forever marriage.

Tara: Hmm, I didn’t hear a declaration of love there, did you? Well, you heard it here, folks. Harrison Coulter is officially a married man. And while he is staying tight-lipped about his future plans, I suspect we will be hearing more from this rising star.

“You need a wife. Right? In this political arena, you are still positioned as the home-grown country boy who made a name for himself. Your wife needs to be someone who shares that heritage. Someone who loves Indiana as much as you do. Someone voters will love.” Neil raised an eyebrow at him, “Someone people would believe you fell for.”

Sure, they could pull a perfect Miss Indiana out of a box and he would propose next week. Still, as Neil continued to describe his ideal candidate, Harrison’s mind wandered about 200 miles west of his current Indianapolis office back home to a little speck on the map, fifteen miles from anywhere. There was a girl he knew like the one Neil was describing.

The only problem was, Poppy Bloom was unlikely to vote for him, let alone marry him.

I had so much fun getting to know Poppy and Harrison! I love Marriage of Convenience stories, but they are hard to do in modern times! Poppy’s Proposal and the rest of the Bloom Sisters Series is available in paperback, Kindle, and Kindle Unlimited!

I’ll give a $5 Amazon giftcard to one random lucky commenter who answers the questions above!

Winner will be chosen Monday, September 7 and announced in the Sunday Edition, September 13th.