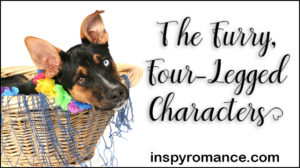 I grew up with pets. We always had at least one dog and cat. At different times as a kid, I also had guinea pigs, gerbils, hamsters, fish, lizards, frogs, and even fiddler crabs. I honestly can’t imagine having a home without pets in it.

I don’t always include a furry character in my books, but I enjoy it when I do. And the pets are often written in memory of one of the beloved pets we’ve had in the past. I thought I’d introduce them to you. 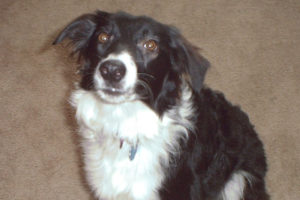 In Finding Peace, Officer Tuck Chandler has a Border Collie named Rogue. I wrote Rogue to resemble a Border Collie we used to have before my husband and I had children. Kit was my dog and she went camping with us, slept by my side of the bed, and loved to play fetch endlessly. I took her through obedience classes, and we even got into agility for a while. She was notorious for getting a big drink of water and then walking over to give me a kiss. Of course, water would drip down my leg or off my hand. lol Tuck’s dog, Rogue, is much the same way and would play ball until he collapsed from exhaustion. 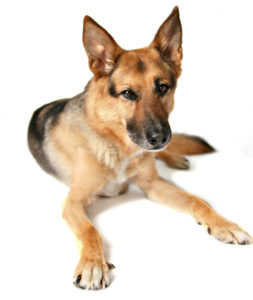 When Duke and Avalon McNeil are having trouble with someone trespassing on their property in Finding Courage, they decide to get a dog. More specifically, they adopt a little German Shepherd puppy that they name Khanrad. This puppy is full of mischief and is exactly like our own German Shepherd named Khanrad used to be. My husband and I adopted him shortly after we got married, and he was with us for twelve years. Khanrad was quite the trouble maker. I admit that I didn’t always get along with him, but he mellowed as he got older, and he’d do anything to protect his family. There were just a few things we had to keep in mind. For one, he didn’t like it when we left him in the house alone. We quickly learned he had to stay crated otherwise there were always consequences. Many times, he got up on the kitchen counter and ate all the bread products, leaving the packaging on the floor. Another day, we came home to find he’d torn up a pen, coasters, Tupperware containers in the sink, and even the remote control. He was quite the character. I always picture Khanrad in Finding Courage to be exactly like that as well. Hopefully living on a farm will help Avalon and Duke’s version stay out of trouble!

There are other pets that remind me of those we have had. For example, in Finding Faith, Serenity Chandler hears a kitten meowing from under her car. They finally rescued a little Siamese. Her son, Gideon, has autism and quickly becomes attached to the kitten. They name her Kia and take her home. While we’ve never had a Siamese, we did adopt a kitten that was found inside a vehicle. In this case, the vehicle was taken to a local mechanic where the black kitten was pulled pulled out safely. He was aptly named Yukon.

We have some friends who own a Great Pyrenees. From the moment I met her, I knew I had to write a Great Pyrenees into a story somehow. It was amazing to see just how graceful and peaceful such a large dog could be. In Safe In His Arms, Anna Henderson runs from her ex-boyfriend and hopes she can use the evidence she has to put him behind bars. While having to stay in her car for a time is scary, it helps that she has Epic, her Great Pyrenees, by her side. I have to admit, I’d love to have one of these amazing dogs myself one day. 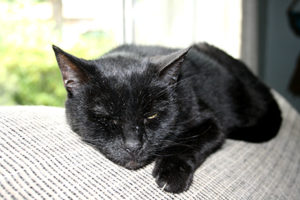 Stormy, the black cat in my novella, Finding Forever in Romance, is very much like a black cat my family had when I was a kid. Lucky was fun, stubborn, and she loved to play on her terms. It wasn’t unusual for Lucky to go to the top of the cat post, wait for someone to walk by, and then whack them in the back of the head. lol She was also very temperamental. I remember having plants on the windowsill in my bedroom. Lucky would jump up there and sit on them to look outside. I’d shoo her off because I was afraid she’d squash and kill them. After making her get down a few times, I walked into my room to find her on the windowsill again. She looked at me, proceeded to knock both potted plants onto the floor in one bold move, then jumped down and ran off. That was Lucky: sweet, a troublemaker, and unforgettable. 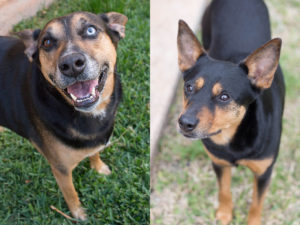 Here are the two dogs we have now: Jasper and Jessie. We found Jasper on the side of the road as a puppy on Easter eight years ago, and he’s been with us ever since. Jessie was a rescue dog that had been bounced around three different homes by the time we got her at six-months-old. Both are such great dogs, and we can’t imagine our home without them!

What pets do you have? I’d love to hear about them! Or share about your most memorable or most unusual pet. :-)