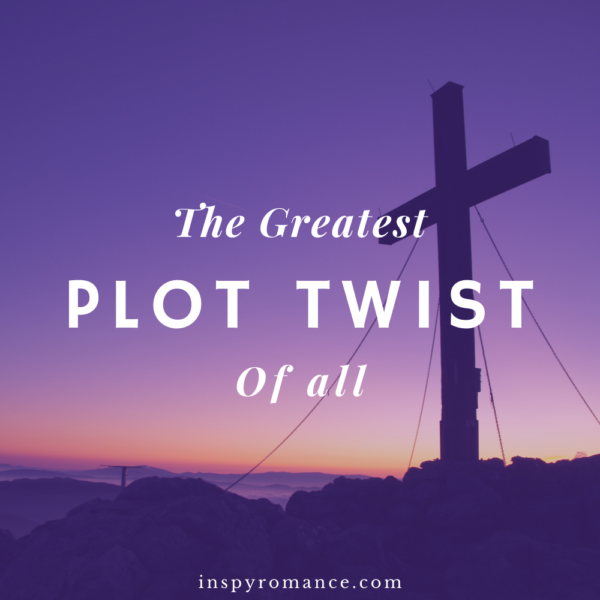 As a reader, my favorite plots twists are the kind I didn’t see coming … but that when I think back over the story, I realize, I should have seen them coming. The groundwork was all there, and if I had picked up on the subtle clues, I would have realized that things had to happen like this.

As a writer, those are my favorite kinds of plot twists too. The kind that, even though I have the book roughly outlined, I don’t see coming until I’m in the middle of writing them. In my last release, Not Until Now, an entire subplot came about this way. I don’t want to be too spoilery, in case you haven’t had a chance to read the book yet, but the twist has to do with a tragedy involving someone close to Kayla and the doubts and questions about God that it raises for her. That was a major plot twist for me, because when I started writing the book, I thought Kayla was going to be a bastion of faith, the one who was going to help Cam wrestle with his own doubts. But writing that scene was an aha moment for me. Because when life gives us twists (and does it ever!), how often to we react with our own doubts and questions and fears? I didn’t see it coming because Kayla thought she was firm in her faith (and so did I!)—but I should have.

Ultimately, watching Kayla go through those questions and doubts added a richness and depth to the story that would have been missing otherwise.

Of course, that plot twist is nothing compared to the plot twist God set in motion the moment he promised to send his Son into the world to die for us. Today, as we recognize Holy/Maundy Thursday, I think of all the plot twists that first Easter weekend brought, especially for the disciples who were experiencing it alongside our Lord. Holy week started with Jesus’ triumphant ride into Jerusalem, and the disciples must have thought they were on top of the world. They should have seen the plot twist coming—Jesus had flat-out told them it was coming. But they didn’t quite get it yet.

And then on Thursday, they thought they were just enjoying the Passover with their Savior. They didn’t understand why he would wash their feet (they knew this was a plot twist … they should be washing his), and they didn’t understand why he told Judas to go quickly and do what he was about to do. Even though Jesus had just told them that Judas was going to betray him.

And then there was Peter … what a night of plot twists for him. First, when the soldiers came to arrest Jesus, Peter pulled out his sword and cut a guy’s ear off, thinking he was defending his Savior. When Jesus told him to put away his sword and then went so far as to heal the enemy, that must have stunned Peter. Even though he should have seen it coming, since Jesus had told him that he had to be delivered into the hands of his enemies. And then, as Peter—who had been so sure he would follow his Lord to the point of death—stood around the courtyard of the high priest, he found himself in the heartbreaking plot twist of denying his Savior. Just like Jesus had told him he would.

The next day, as Jesus hung on the cross, his disciples must have been waiting for a major plot twist. Even those who hated Jesus wondered if there would be one.

He saved others; let him save himself if he is God’s Messiah, the Chosen One. (Luke 23:35)

But this time, there wasn’t a plot twist. And they should have seen that coming too. Because Jesus had told them time and time again that he had come into the world for this very purpose.

From that time on Jesus began to explain to his disciples that he must go to Jerusalem and suffer many things at the hands of the elders, the chief priests and the teachers of the law, and that he must be killed and on the third day be raised to life. (Matthew 16:21)

But on Sunday! The greatest plot twist of all! Jesus rose from the grave. He had defeated sin and death once and for all. Another plot twist they should have seen coming, since Jesus had promised it!

And the best part of that plot twist is that it changed the plot of our lives too. Though we deserve nothing but death and hell for our sins, Jesus’ death and resurrection have given the promise of forgiveness and eternal life to all who believe in him.

This Easter and always, may your heart be filled with the joy of this greatest plot twist of all!

Do you enjoy plot twists in books? If so, do you like them to be big and shocking or subtle and surprising? Any books to recommend with great plot twists? Or maybe you’ve experienced a “plot twist” in your own life (our own plot twist is an upcoming move from Wisconsin to Texas…but as it’s still in the planning stage, I’ll have to let you know how it goes in a future post!).