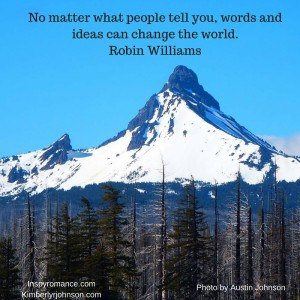 I’m the first to admit that I day dream–a lot. I don’t know why my mind wanders, but it does. Rather than allowing it to be a problem, I’ve embraced my over-active imagination and put it to use as a writer. However, that was not the case one Christmas many years ago.

I don’t recall how old I was, but I’m guess no older than five or six. We were spending Christmas at my Grandmother’s house and had stayed the night on Christmas Eve. My sister and I were sleeping on cots in a room that was directly off the main living area in the small house.

When I was a child I barely slept on Christmas Eve due to my excitement about Santa coming. I know not everyone does Santa, but my parents did, and I never doubted for a second that he was real.  I woke up early as usual and heard what sounded like wrapping paper being crumpled. I’d been warned the night before that I was not allowed to get out of bed to peek at the tree or else . . . so there I was with my over active imagination. I held my breath certain that Santa Clause was in the other room wrapping presents.

After it became quiet I called out to anyone who might be listening and asked if I could get up. My mom gave me permission. I charged out of the room and into the living room and sure enough Santa had come. :) Then all of a sudden I heard sleigh bells–for real! My mom said to run to the window and look outside for Santa, so I did. Sure enough, he was in the sky soaring with his reindeer! I was so excited. :)

Years later I was revisiting that memory with my family and learned that my grandma had been in her bedroom jingling the bells to play with my mind.

Isn’t the mind a powerful thing? I know it wasn’t possible to see what I saw, but I really and truly saw him flying with his reindeer.

I’ve since grown up and left behind my childish beliefs and have embraced the real meaning for Christmas–the birth of our Lord and Savior Jesus Christ. 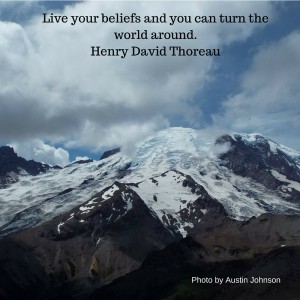 As you celebrate Christmas this year I encourage you to embrace the reason for the season and share the joy we have in Christ.

I’m compiling a list for another blog post about readers’ favorite books in 2015. Please leave me the title of your top three for 2015. Finally, I would love it if you’d subscribe to my newsletter. You can do so at http://kimberlyrjohnson.com/.

Blessings to all of you and Merry Christmas!